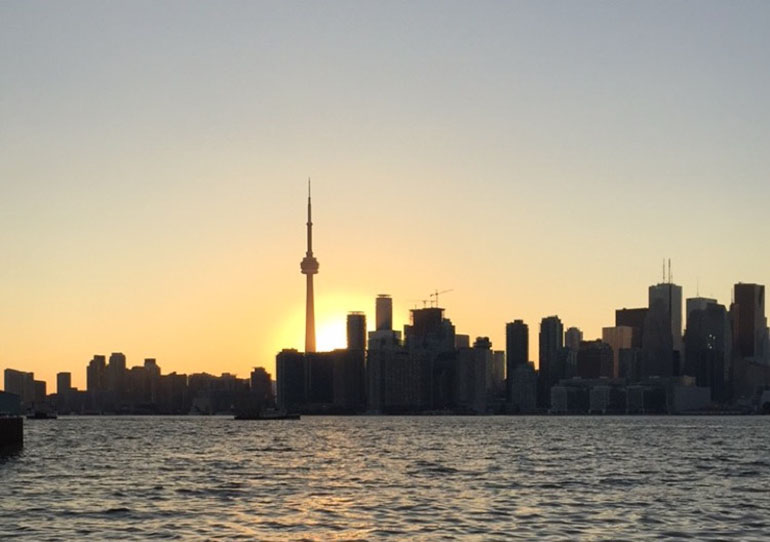 Toronto city council planned Tuesday to discuss a recommended climate action plan, TransformTO, in the first of what is shaping up to be a four day meeting with 275 items on the agenda.

Advocates were concerned leading up to the meeting after Toronto Mayor John Tory said in a press conference on June 29 that city council may need to “prioritize” work that will provide the greatest immediate reduction of greenhouse gases. The fear is that the mayor will cherry-pick through the plan, choosing some provisions while discarding others due to costs.

“The plan’s already gone through many priority setting exercises,” said Dusha Sritharan, a climate change campaigner for the Toronto Environmental Alliance, referring to the community consultations and technical scenario modeling that created the strategies.

The current TransformTO plan is expected to cost $6.7 million in 2018, aiming to reduce green house emissions and create green jobs. Sritharan compared that to costs to refurbish the Gardiner Expressway, which had cost the city over $3 billion by the end of 2016.

“I feel like the real prioritization has to be around how we’re doing our spending as a whole, and not tearing up this plan,” Sritharan said.

In the days leading up to the meeting, advocates and community groups took to social media to try to urge city councillors to implement the action plan in its entirety, using hashtags #TransformTO and #TOgether.

Some are also using #Transformed_TO to highlight how Toronto is already being affected by climate change.

A large focus is on recent severe weather patterns, such as the continued flooding of the Toronto Islands, and the 2013 ice storm.

“What we’re seeing is more and more of these types of events,” Sritharan said. “There’s definitely a correlation there with climate change.” 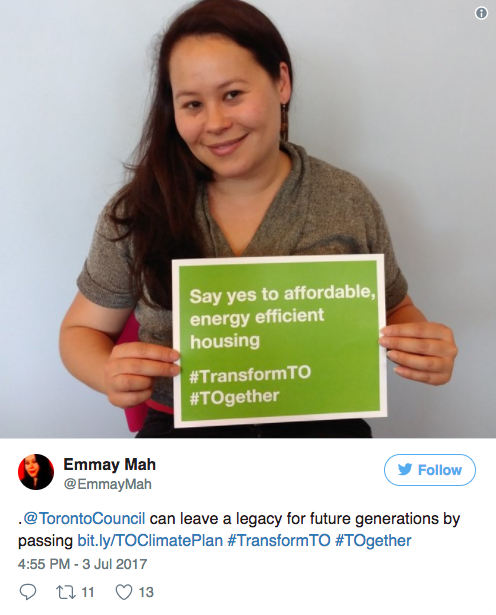 TransformTO was led by Toronto’s Environment and Energy Division and The Atmospheric Fund. They released two reports, the first in December 2016, outlined short term goals to meet a target of a 30 per cent reduction in greenhouse gas emissions by 2020. The second report came out in May, detailing long term strategies to reduce emissions by 80 per cent by 2050.

“I think it’s about incrementally investing in these actions to tackle climate change,” Sritharan said.

TransformTO was originally scheduled to be discussed during the council meeting on May 24, but was deferred to July 4 due to a lack of time.