Next week Toronto City Council decides what to do with the eastern part of the Gardiner Expressway. Right now, Council is split between two options: dismantling the Gardiner and ramping it down into a surface-level boulevard (supported by Toronto’s Medical Officer of Health and the City’s Chief Planner) or rebuilding it (supported by the Mayor, and called the hybrid option). 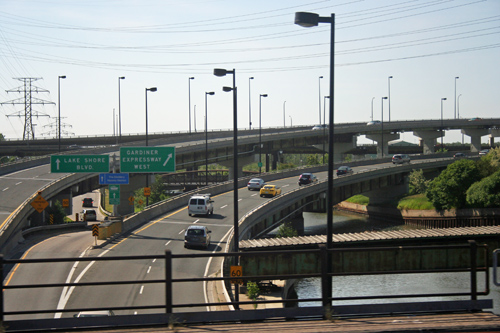 A recent media report suggests many Councillors have yet to decide which option to choose. That is why it is important to contact these undecided Councillors -as well as those who are ignoring expert advice- and ask them to follow the advice of Toronto’s Medical Officer of Health and the City’s Chief Planner and vote to dismantle the Gardiner.

We support dismantling the eastern portion of Gardiner and building a new boulevard to handle traffic because:

We oppose rebuilding the Gardiner because:

You can help stop your Councillor from making a huge financial and environmental mistake. Call or email your Councillor today. Tell them you expect them to vote for what’s best for the environment and makes the most financial sense for most Torontonians: dismantle the East Gardiner Expressway and invest another $450 million in public infrastructure (eg. better public transit).