Comedy Jam is Sold Out.

We thank you for your interest in this event and we sincerely hope you can attend next year!

Come and join us for TEA’s Annual Comedy Jam on Wednesday, June 8th at 7:00pm at The Garrison – 1197 Dundas Street West. The evening features some of Canada’s brightest and funniest comedians. It’s your chance to laugh, possibly shed a few tears and support TEA’s important work. 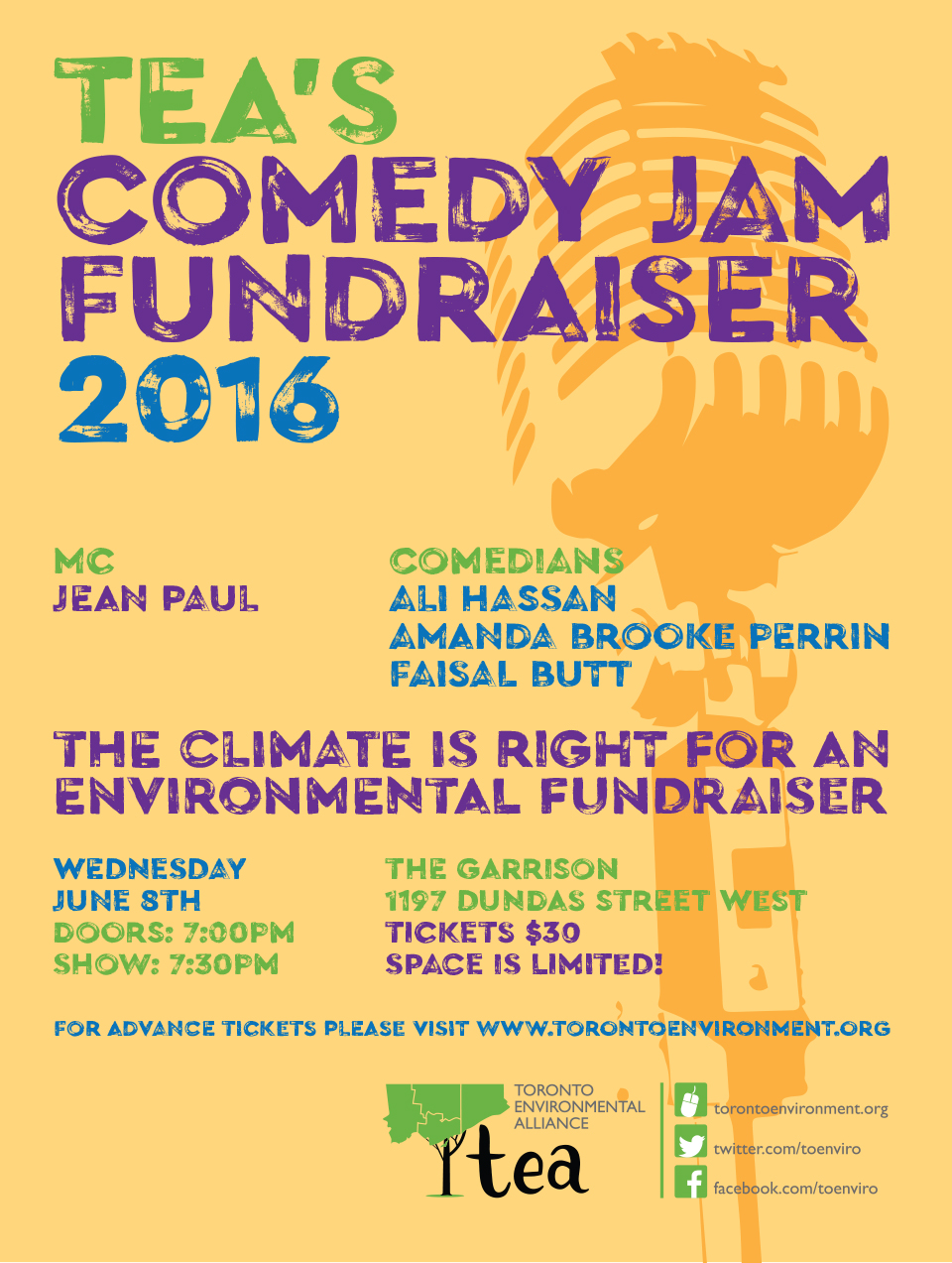 Ali Hassan: actor, chef and comedian who is the host of CBC’s Laugh Out Loud and was a regular on George Stroumboulopoulos Tonight. And he also holds the high honour of being TEA’s favourite comedian!

Faisal Butt: originally from Montreal, Faisal’s laid back style made him a hit with audiences all over. Faisal was the 2014 SIRIUS XM “Top Comic” and appeared at JFL 42 in Toronto last September.

Tickets are only $30 and extremely limited! Last year’s event was sold out so don’t miss out and book today!

All proceeds go towards TEA's efforts to Building a Greener City for All.

Take a peek at last year’s event to see what's in store for the evening!