Out of cash? Check out Toronto's Alternative Gift Shop for holiday bartering - Metro 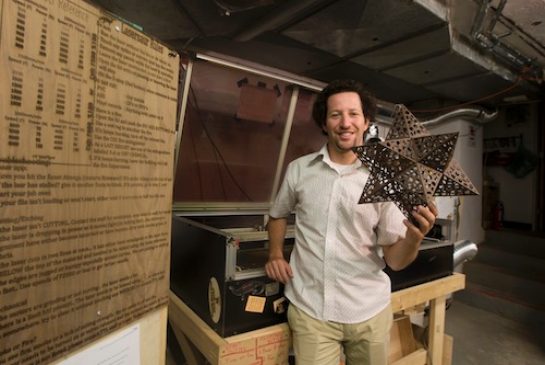 Ryan Dyment, co-founder of the Tool Library, is one of the people behind this weekend’s alternative gift exchange.

If braving a packed mall last minute in search of elusive Christmas gifts seems too daunting, you might want to check out the Alternative Gift Shop.

The Toronto Tool Library and the Sharing Depot are joining forces this weekend for the event, which offers new and gently used items ranging from books to clothing for exchange.

“In a nutshell, we’re trying to do our part to minimize consumerism during the holidays,” said organizer Ryan Dyment, who said there were between 3,000 and 4,000 trades at last year’s event.

If you don’t have anything to trade you can show up offering skills, whether that’s an hour of snow shovelling or help repairing something.

“Everything is equal, so you can bring a brand new power drill or a new baby toy and they’re all worth the same,” said Dyment.

It’s one way for people to “save a few bucks on Christmas and hopefully reduce some waste,” during a season that can mean a lot of garbage.

To that end, the city has already starting encouraging people to sort waste correctly this holiday season to make sure everything than can be recycled or composted makes it to the right place.

The Toronto Environmental Alliance is also on the trail with a campaign aimed at reducing waste.

Emily Alfred, who works with the alliance, is urging people to think twice before buying gifts “for the sake of buying something for someone so people have something to unwrap.”

Aside from the problem created for landfills, the holidays and all the consumer goods that come with them are a prime time to consider another issue: wasting resources.

“A lot energy goes into making something,” Alfred noted.

1)  Instead of buying loved ones stuff just so they have something to unwrap, give them an experience like a spa gift certificate. That way, there’s less chance your thoughtful present will end up in a landfill.

2)  Buy gently used gifts. There are plenty of great used and consignment stores in Toronto where you can score great deals and you’ll be doing the environment a favour by giving something new life.

3)  Take the decorations off your tree before setting it out for collection and don’t use a bag. According to the city, this is the biggest post-Christmas issue. Bags and decorations can’t be processed if the tree is going to be recycled as yard waste

4)  Sort your post-holiday garbage the right way. The city says to put wrapping paper in the blue bin. If you use paper plates for parties, they can go in the green bin along with paper towels and napkins.

5)  Don’t just toss those bottles post-party: Beer, wine and holiday liquor bottles can go back to the Beer Store, where you’ll score a deposit as a bonus.