TEA Convinces Council to Get the Facts on Waste Diversion

With too many questions unanswered, City Council voted against a plan to move forward with contracting out waste collection in Scarborough. One of the key questions that TEA brought to Council's attention is why waste diversion (recycling and composting) rates* are worse in districts served by private collectors. 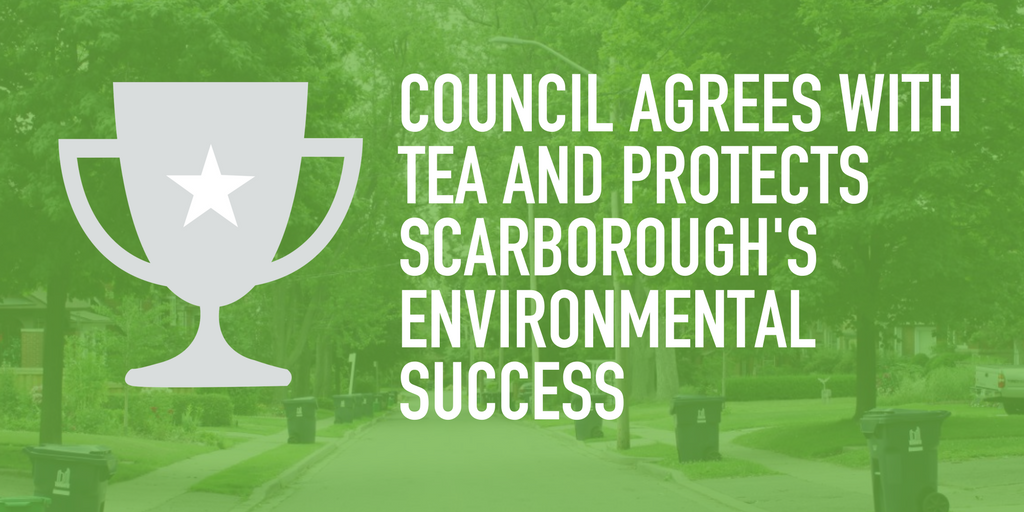 In a surprising turn of events at last week’s Council meeting, Mayor Tory echoed TEA’s advice and voted with a majority of Councillors to seek more information about what impact privatization might have on service levels and diversion rates in Scarborough.

At the Council meeting, a number of Councillors brought up waste diversion rates as a concern - read TEA's summary of what happened at Council. 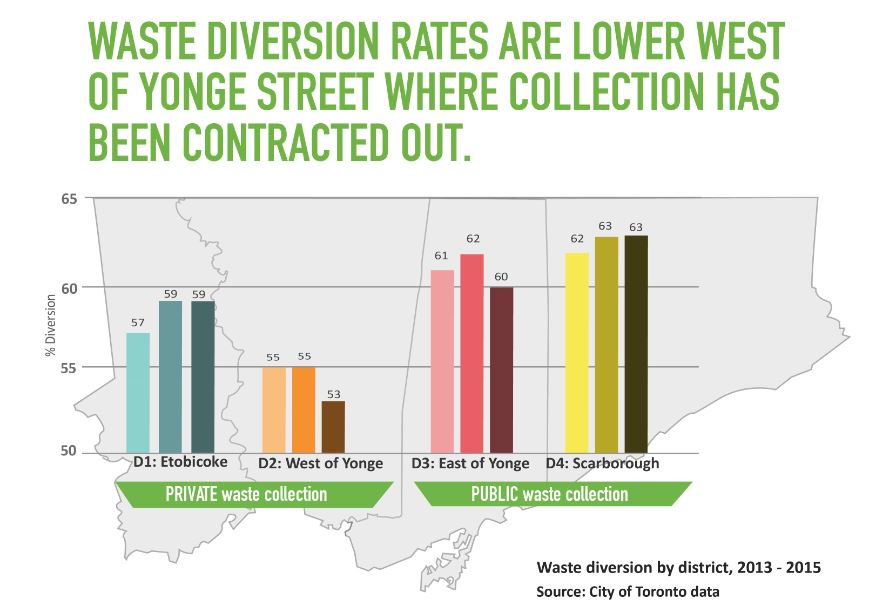 Councillors echoed concerns raised by TEA in a report launched just a few days earlier where TEA highlighted the difference in diversion rates using the City’s data (see map above). The report also highlighted the inadequate monitoring and reporting that occurred after the city privatized waste collection west of Yonge Street in 2011 (see graphic below). The report is also the latest example of TEA’s watchdog role that ensures waste services in Toronto are best for the environment. (Click here to read the summary of the report)

The Council decision is good news for the environment, as staff have been directed to provide more details and information about why diversion rates differ across the city.

As Toronto’s environmental watchdog, here’s a peek at how TEA responded to this issue leading up the vote:

*Waste diversion rate refers to the percentage of total waste that is diverted from the garbage and into programs like the Green Bin and Blue Bin.