Toronto City Council to the Federal Government: We Need You To Act on Plastics

Toronto just passed a resolution to the Federal government asking for a national strategy on plastics. Here’s a break down of what happened.

From unrecyclable black plastic takeout containers and coffee cups to Keurig's K-cups, companies are constantly introducing new types of single-use products and packaging to the market. At the end of the day, these plastics end up in local municipal recycling facilities where they cannot be recycled (even if they misleadingly labelled as “recyclable”).

Municipalities like Toronto are struggling how to deal with these single-use plastics as cities have limited power to hold companies accountable. While Toronto is following in the footsteps of other cities like Vancouver by exploring the possibility of bans or fees on single-use plastics, relying on cities to solve the problem will result in a patchwork of rules across the country.

A national strategy on plastics could create a uniform approach for all provinces and cities, setting national targets and standards, and holding the multi-national companies that create plastics responsible for the environmental impacts.

Most importantly, plastic pollution is a global problem.

The Trudeau government announced that it wants to be an international leader on marine plastics as part of Canada’s presidency of the G7 group.  Now is the time for us to push the Federal government to be a leader internationally and nationally.

During the April City Councill meeting, Councillor Jaye Robinson (Chair of the Public Works and Infrastructure Committee) brought forward a motion asking the Federal government to create a national strategy on plastics.

Here’s what the motion said: 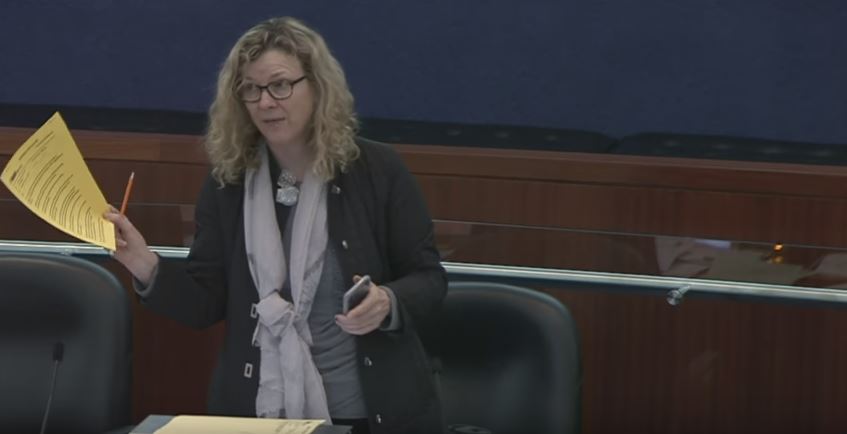 City Council requests the Federal Government to develop a national strategy that addresses plastic pollution, with regulations aimed at:

a. Making the producers of products and packaging directly responsible for reducing resource consumption;

b. Designing products and packaging that are reusable, recyclable, or compostable;

g. Eliminating the use of problematic products and packaging that pollute our environment such as the industrial use of micro-plastics including, but not limited to, microbeads, nurdles, fibrous microplastics and fragments;

h. Reducing consumer and industrial use of single-use plastics, including, but not limited to, plastic bags, bottles, straws, tableware, polystyrene (foam), plastic tea bags, cigarette filters, and beverage containers; and,

i. Supporting commodity markets that incent the use of secondary materials over virgin materials.

TEA is working with environmental groups in other cities to get their councils to pass similar resolutions which call for a national plastics strategy. We’re also working with national environmental organizations to create a unified voice calling on our governments to act.

TEA worked with Councillor Robinson on this council resolution and we're grateful for her leadership on this issue as Chair of the Public Works and Infrastructure Committee.