Toronto is designed for a climate that doesn't exist anymore and it needs to 'face the reality,' experts say

Toronto is designed for a climate that doesn't exist anymore, experts say, and they warn the city has to come up with a better plan to cope with the smoggier, hotter, soggier and stormier weather that's plaguing it right now.

A report from the United Nations Intergovernmental Panel on Climate Change (IPCC) released this week suggests extreme weather events, from wildfires to floods to extreme heat, are the direct result of a climate that has already changed, and it will result in more unpredictable weather.

The IPCC document also suggests the world can avoid warming of more than 1.5 degrees if massive cuts to greenhouse gas emissions are made. But according to Sarah Buchanan, the campaigns director for the Toronto Environmental Alliance, the city needs to start adapting to the warming climate it's already got, rather than just focusing on lowering emissions for the future.

"That's something Toronto's going to face the reality of," she said. "[Extreme weather] is happening more quickly than expected, and this report drives home that the science supports our experiences."

While the City of Toronto has several mitigation strategies to reduce its greenhouse gas emissions, it quickly needs a robust adaptation strategy if it's to brace for more expected extreme weather, Buchanan says.

This fall, city staff will submit to council its TransformTO Net Zero Strategy, which aims for net zero greenhouse gas emissions by 2050. 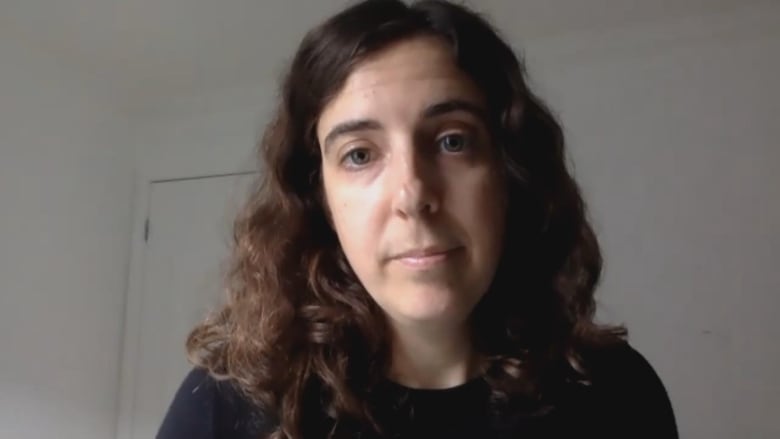 Asset Management Ontario is a non-profit organization that provides tips and best practices to municipalities across the province on infrastructure management. Its executive director Chris Chen says an "enterprise-wide climate lens" is needed moving forward in adaptation and mitigation strategies, meaning departments within municipalities — say, the roads, water, transit and planning services —  have to collaborate to a greater extent.

Chen says Toronto's climate action has largely focused on mitigation or reducing carbon emissions, and he applauds the city for achieving a 37 per cent reduction in greenhouse gas emissions from 1990 levels.

But he agrees with Buchanan that the city has to act now on the extreme weather that's already disrupting the lives of Torontonians.

"It's worsened. It's gone past a tipping point, and the impacts are now accelerated," Chen said. "We have to start sprinting to catch up."

Only thinking of short-term solutions means adaptation turns into a game of "whack-a-mole," Chen explains.

"If the city collects data on flooding and integrates it with subway service delivery, then you can identify a real risk, and because you have that data, it enables the city to develop some options," Chen said, as an example of those long-term points in action.

Toronto 'designed for a climate that has now changed'

While the city has a resilience strategy that covers some of these points, Buchanan believes city council "needs to take another look" at it.

Cities experience an urban heat effect — where they're hotter due to pavement, tall buildings, and a lack of green space. That results in an inequitable impact from climate change across neighbourhoods.

"It means if you're living in a neighbourhood that doesn't have as many trees or has more tall buildings, you're going to feel hotter, and you're going to be hotter," Buchanan said.

A straightforward solution the city can implement is to plant more trees in neighbourhoods that don't have them, for example. Buchanan also advocates for fewer paved areas and more community gardens to create green space and absorb heat and stormwater.

"Toronto was designed for a climate that has now changed, and is changing a whole lot more," Buchanan said.

Fernando Carou, the manager of renewable energy and new development with the city's environment and energy division, says the conclusion he draws from the IPCC report is the need to accelerate emissions reductions.

He's part of the team working on the Net Zero Strategy. Part of it is a goal to approve only new developments that feature net-zero emissions by 2030.

"The city is a huge infrastructure owner and mitigation can reduce the costs," Carou said.

He adds the engineering community "really has its work cut out for it." He says while planners would assume predictable weather conditions decades ago, those predictions have now become a challenge. He says accelerated mitigation and reduction of emissions can lessen that problem.

"I think it's a call to action," Carou said of the IPCC report.

"Extreme weather can get ugly, but we're looking at what we can do now in the medium and short term to truly actually avoid that costly adaptation to extreme weather."

This article was reposted from CBC News: https://www.cbc.ca/news/canada/toronto/climate-change-toronto-adaptation-1.6138067. This article first appeared in the CBC News, on Friday, Aug 13, 2021.