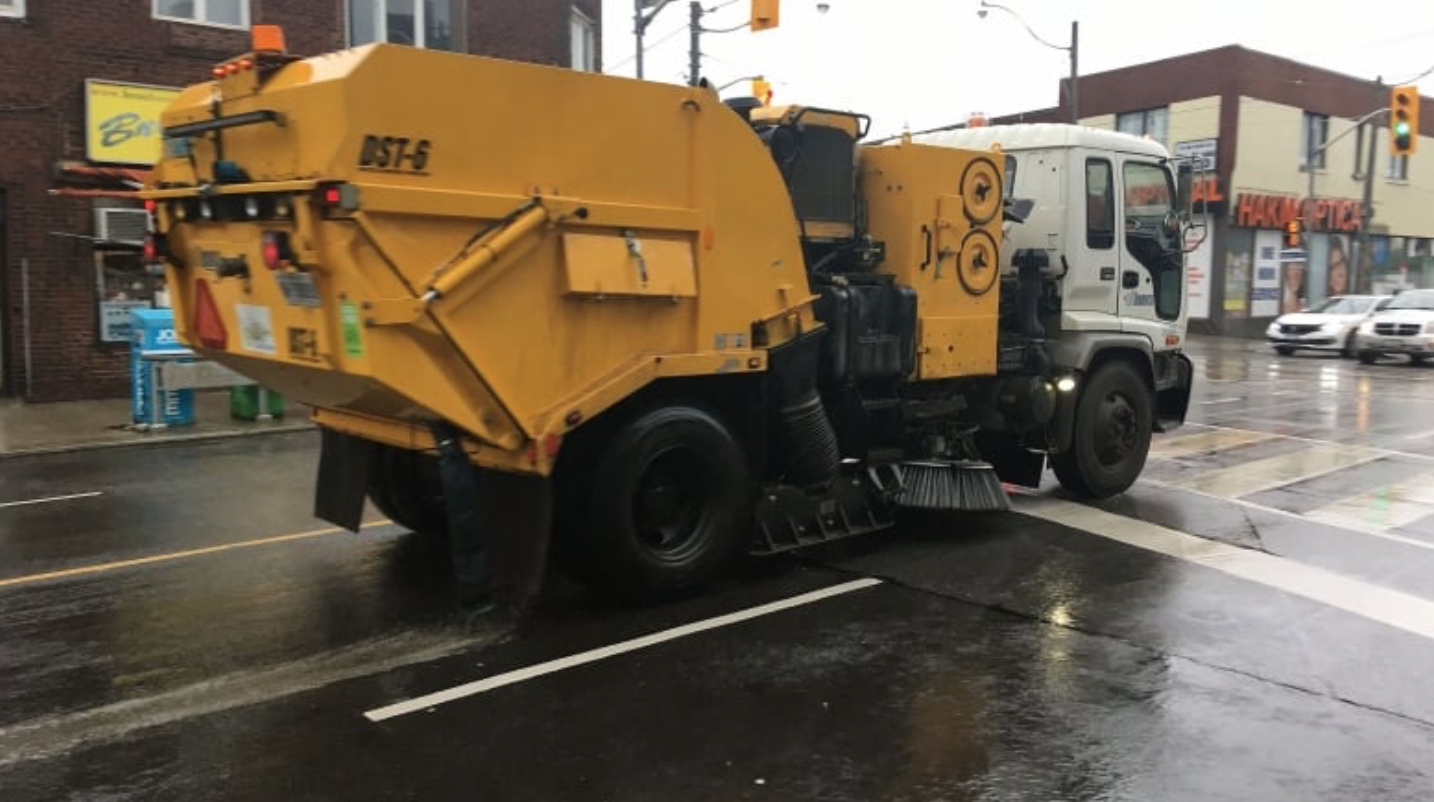 The city hasn't bought a new street sweeper since 2007, but despite the machines' age and maintenance problems, city staff say they're still sucking up a huge amount of waste. (John Rieti/CBC)
Toronto's streets are dirty enough that the city's depleted sweeper fleet is still picking up nearly as much waste as it was the year the vehicles were put into service.

CBC Toronto revealed this week that the city is missing its cleaning targets on expressways and local roads due to a lack of sweeping machines — large truck-mounted machines that both suck up dirt and filter the air.

Those vehicles, first acquired in 2007, are at the end of their lifespan. On a typical day the city's now sending out just 28 of its 43 remaining sweepers to clean 5,000-plus kilometres of road, and it's unclear how well those vehicles are functioning.

Despite that, the city says its sweepers picked up approximately 14,125 tonnes of road dust and debris in 2018 (data for 2019 isn't available).

Those numbers suggest there's more waste to deal with than ever in a rapidly-growing city, although it's unclear how much waste is not being cleaned up.

The Toronto Environmental Alliance's Heather Marshall says the city needs to do more to deal with the pollution that's piling up.

"We really do need street cleaning equipment on the roads every day to keep to keep pace with all of the pollution that we see," Marshall said.

While common litter like coffee cups and cigarette butts are the ugliest items, Marshall said Torontonians should be more concerned with the particulate matter that's left behind by both construction and vehicle emissions.

"It's actually even worse for our health," she said.

"When it's in our air it really affects our lungs and affects our breathing abilities. And when it's in the waterways it gets flushed down into the storm sewer system which ends up in our local streams, rivers and eventually Lake Ontario."

The city is spending $12.4 million to buy 30 new street sweepers, however those machines won't start arriving until late 2019, with most getting here in 2020.

Mayor John Tory's office, in an email to CBC Toronto, said staff have provided assurances those sweepers are on their way and the aging sweepers will be on the streets every day until that happens.

City officials knew the street sweeper fleet needed to be replaced as far back as 2015, but didn't finalize a purchase until the end of 2018.