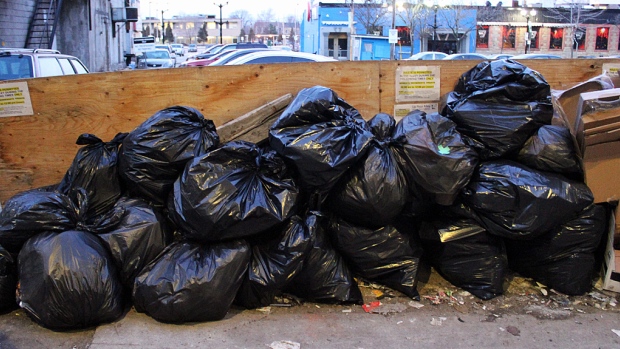 We like to think we're behaving like model citizens, hauling our recycling to the curb and composting our banana peels. But the sad truth is, Canadians are piling up more household garbage than ever before. It appears that even in an era of environmental awareness, we just can't quit our love affair with convenient, disposable products.

Unfortunately, all that convenience is costing us both environmentally and financially.

According to Statistics Canada's latest data, the total amount of trash that Canadian households tossed increased by almost seven per cent since 2004 to 9.6 million tonnes in 2012. Although the population rose at a slightly faster rate over that period, the growing trash output is still startling considering the significant ramping up of the country's many recycling and composting programs over those years.

"I'm not totally surprised but I am disappointed," says Emily Alfred, waste campaigner with Toronto Environmental Alliance. She says a big culprit is the rapid pace of disposable products piling up in the marketplace.

"The rate of product design and new things being put on the market is faster than most municipalities' [recycling systems] can keep up with," she says.

Can't get enough of convenience 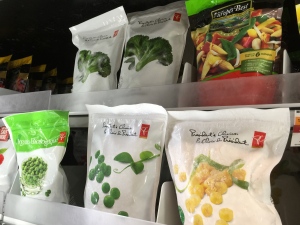 One good example - those convenient resealable plastic bags often containing frozen fruit or vegetables that stand upright in a grocery store's freezer. "It's great for advertisers because you can now see their products," says Alfred.

But, unlike the traditional plastic bags that lie flat, the upright ones can't go in many municipalities' blue bins. "Just because it's multiple thick layers of plastic, it's really hard to recycle," explains Alfred.

Disposable coffee pods have also been criticized for their assault on the environment - most of the plastic cups encasing the grinds currently end up in the garbage. Yet more plastic pod products keep popping up on store shelves. 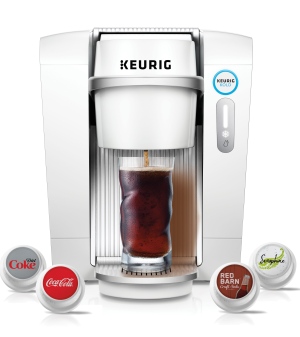 In a few weeks, Keurig Green Mountain - a giant in the coffee pod market - will start selling a new machine in Canada that makes single servings of cold drinks. The Keurig Kold will require flavour pods that, when inserted into the machine, can serve up anything from Coke to iced tea.

The company has also teamed up with Campbell's Soup to sell soup in a pod and General Mills recently introduced oatmeal pods. Both products can be brewed using a traditional Keurig machine.

And the innovations keep on coming, everything from disposable cutting boards to disposable garbage cans people can toss along with the trash inside.

It will cost you

Single-use products can save you time making iced tea from scratch, scrubbing cutting boards, or cleaning the grime off your permanent trash can. But there are consequences. Let's start with the financial costs.

A good example are those ubiquitous coffee pods. According to Maxwell House, if you buy its 326-gram tin of ground coffee, you can brew up to 90 cups.

At a Toronto Loblaws grocery store you can find that tin for $7.49 which works out to as little as eight cents per cup of coffee. Or you can spend almost ten times as much by purchasing 12 Maxwell House coffee pods for $9.49 or 79 cents a cup.

At the same Loblaws, you can buy 35 Lysol disposable cleaning wipes for $3.49. If you used those wipes to clean your kitchen and bathroom, one container could last you less than a month.

For close to the same price - $3.99 - you could instead buy a 650-millilitre spray bottle of Lysol cleaner which would last for many months.

Or you could save even more money by making your own cleaning supplies. Kateline Leblond in Victoria mixes up her own using vinegar, water and citrus peels. That's it. She also adds a little baking soda if she needs something abrasive. "[The solution] just cleans everything," she claims.

Leblond is adopting a zero-waste lifestyle for her family and makes most of her products from scratch. She estimates she saves about 20 per cent on household expenses.

"Gone are the days of mega-trips to Costco," she says.

There are also environmental costs. Environmentalist Emily Alfred points out that garbage piling up in landfills is not a good thing. But she says the manufacturing process causes even more damage. "Making the product is really where most of the energy and most of the pollution happens."

She says once a product is in our homes, the best we can do is reuse it. "If we recycle it and process it into something new, we're saving a lot of energy and preventing a lot of pollution."

But there are problems with this seemingly simple solution. A few companies are already offering recyclable or compostable coffee pods and Keurig claims all its K-Cup pods will be fully recyclable by 2020.

But some municipalities don't have composting programs. And the presence of a "recyclable" symbol on a product doesn't guarantee your city's program can accept it.

Reduce instead of recycling

So what to do about our growing garbage problem? Alfred says provinces need to insist that manufacturers help clean up the mess.

She cites as an example Ontario's program where all tire makers have to ensure that 100 per cent of their product gets recycled. "When companies have a stake in the recycling, in the end of life management of their products, they find a way to do it."

We also can't rest on our laurels if we just recycle our goods. Because most of the environmental pollution is caused by manufacturing, we need to ask ourselves if we really need that convenient, disposable product in the first place.

"Reducing is always for the best," says Alfred.

See the original article at:
http://www.cbc.ca/news/business/canadians-piling-up-more-garbage-than-ever-before-as-disposables-rule-1.3248949