To create a healthy city for all, we need a healthy environment, too. We know that the air we breathe, the food we eat, and the water we drink impacts our health. We know that extreme weather events like flash flooding and heat alert days put vulnerable people in harm's way. We know that our homes, institutions and workplaces need to be kept to a certain safety standard to protect people’s health. These are all areas under the scope of Toronto Public Health.

Yet, the Provincial Government is proposing to cut $1 Billion from Toronto Public Health’s budget over the next ten years.

Many organizations and communities are rallying together to oppose these deep cuts to public health services. The Toronto Environmental Alliance is speaking out against these cuts and we encourage you to stand up and fight for the health of our city.

Use Progress Toronto’s petition to send an email (that you can edit) directly to your MPP, the Minister of Health, and Doug Ford. 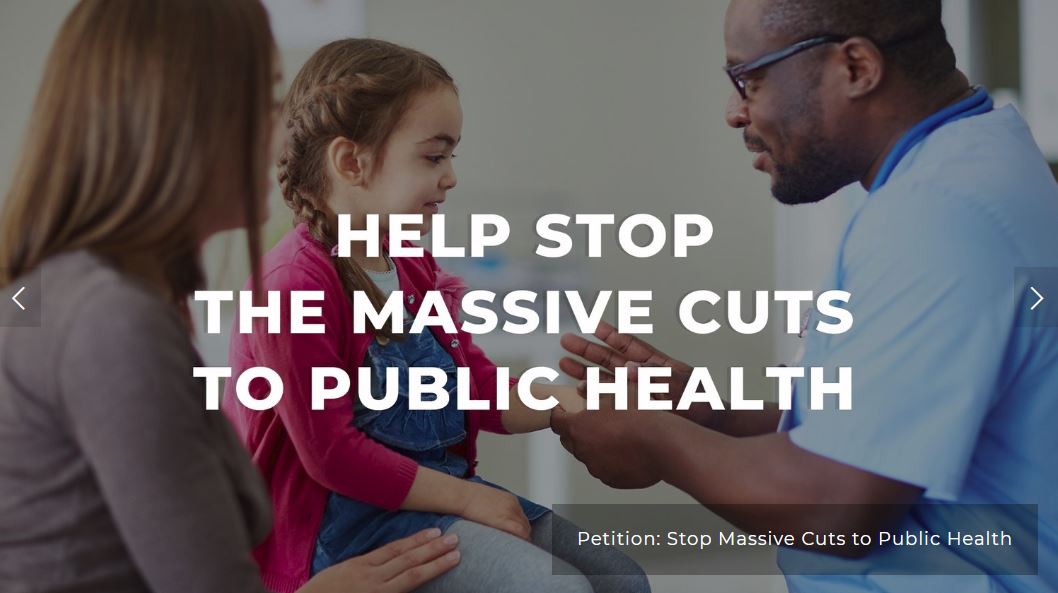 Toronto’s most historic campaigns to reduce toxic air pollution that poses risks to human health and our natural environment wouldn’t have been possible without the leadership of Toronto Public Health. For example, in 1998, Toronto passed a smog alert action plan to minimize the air pollution impacts of city activities on poor air quality days and these alerts were sent out to all channels by Toronto Public Health. Decades later, our health department remains focused on improving air quality in our city and calling on all levels of government to do more to protect people from hospitalization and premature death caused by pollution exposure. Public Health actively partners with other divisions to ensure that Toronto’s climate action plan, transportation plan and other strategies are maximizing public health outcomes.

Former Medical Officer of Health (MOH) Dr. Sheela Basrur was widely recognized as a public health champion including for her critical role in managing the SARS outbreak in 2003. That same year, Toronto was the first major city to follow in the footsteps of Hudson, Quebec and ban the ‘cosmetic’ use of pesticides to protect human health and other living beings from the toxic effects of these unnecessary chemicals. Dr. Basrur drew the links between the use of toxic chemicals and the rise in environmental cancers in Toronto and worked tirelessly to improve the health and wellbeing of our city. The pesticide ban in Toronto ‘trickled up’ to the provincial decision makers and led to the pesticide restrictions we currently have across Ontario. This is a perfect example of how city leadership can be scaled up to benefit the whole province.

Years later, TEA launched a campaign for a community-right-to-know bylaw and in 2008, Toronto became the first city in Canada to pass an Environmental Reporting & Disclosure By-law, giving the broader public and residents across Toronto the “right to know” about the use and release of toxic chemicals in their communities. This groundbreaking by-law and ChemTRAC Program has meant that businesses using known cancer-causing chemicals (from dry cleaners to funeral homes and auto-body repair shops) must reveal their pollution discharges - creating a motivation to prevent pollution and seek out safe and sustainable alternatives. 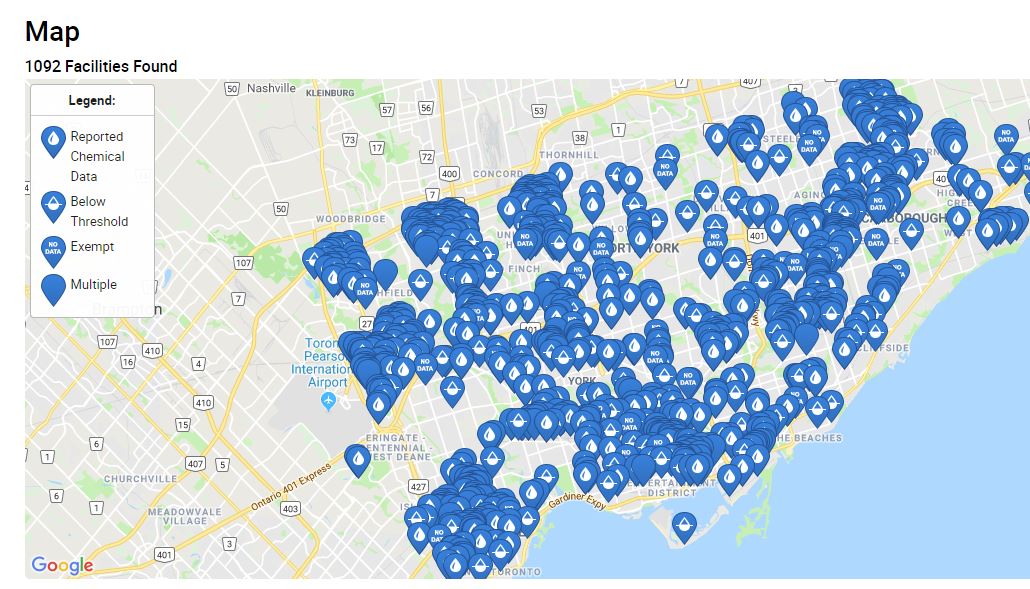 While no other city has the level of pollution reporting we do, the provincial government’s Toxics Reduction Act was designed to provide some toxic chemical reporting and public transparency to all Ontarians. Unfortunately, this Act is being taken away by the Ford government as part of the omnibus Bill 66 that recently passed.

These budget cuts to Toronto Public Health are part of sweeping budget cuts affecting health, education and the environment. We can expect that Premier Ford and his majority government are proposing far deeper cuts to Toronto’s public health department than others across the province.

Much like the deep cuts to the Environmental Commissioner of Ontario who upholds our environmental rights, these budget cuts to public health units across Ontario will affect their ability to uphold our right to a healthy community.

Toronto Public Health’s mandate is to protect the health and wellbeing of Toronto residents and create a healthy city for all. Toronto Public Health’s staff work hard to identify concrete policy and program solutions to help our city manage the impacts of extreme weather, air pollution and water contamination (to name a few) and this makes them one of the most effective environmental policymakers in our city.

Heather Marshall is the Campaigns Director for the Toronto Environmental Alliance.