Does your New Year's resolution include proper recycling? The city hopes so - CBC News

The City of Toronto hopes that proper recycling is a part of Torontonians' New Year's resolutions.

Blue-bin blunders are costing the city millions of dollars annually — but soon could be costing residents, too.  The city is looking at a potential fine for households with contaminated blue bin waste.

Jim McKay, general manager of Solid Waste Management Services, says the fine hasn't been levied yet and currently the focus is on education.

"While we may still need to implement a cost-recovery payment in the future, we are seeing some behaviour change with the current approach and want to continue to monitor its success," McKay said.

The intent of a potential cost-recovery payment  would be to get Torontonians to understand the price of their actions.

The payment would be around the same cost of managing a contaminated recycling bin. The numbers haven't been finalized, but for a single-family bin, that amounts to approximately $20 per occurrence per bin.

"There are some residents that want to do the right thing, but don't understand where everything goes," McKay said. "But some just don't care to participate in the program. A potential cost recovery payment would target those individuals who don't care and don't improve their behaviour after we have told them what they did wrong and asked them to correct the problem."

McKay added that public education is ongoing and is updated when new blue bin materials are added or specific unwanted items that contaminate the recycling stream need to be highlighted.

Recently, the City of Toronto has seen a significant increase in contamination. That's something that also often spikes over the holidays. 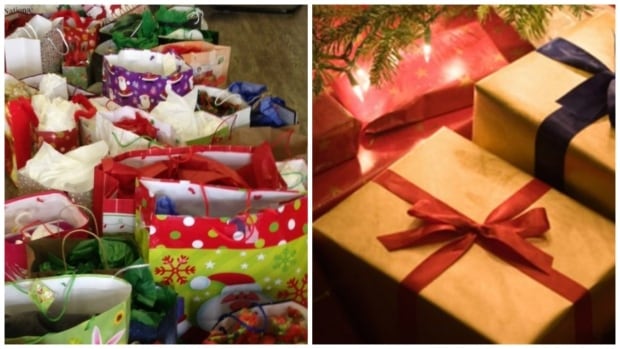 Metal grommets, rope and ribbons must be removed before throwing out wrapping paper. (CBC)

Items that DO belong in the recycling bin include:

Items that belong in the garbage include:

Beer cans and bottles and boxes of wine can be returned to your local Beer Store or LCBO.

The cost of contamination

According to the city:

If you aren't sure where to put something, McKay recommends the city's online tool, the waste wizard.

'Expensive and bad for the environment'

"This pilot program where the city's actually inspecting the bins is a really good approach," Alfred said.

"When the city looks at someone's bins and tells them what they did wrong and what mistakes they made, that's a really good way to educate people." 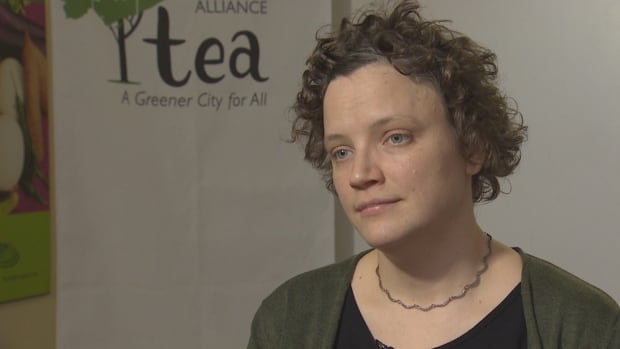 Emily Alfred with the Toronto Environmental Alliance says the city is doing a lot to educate people on proper recycling but they could be doing more. (Sue Goodspeed / CBC)

Alfred hopes it doesn't get to the point of fines and admits that knowing which items belong in the blue bins can be confusing. But she hopes that education helps residents learn the negative effects of contamination.

"Contamination is expensive and bad for the environment," Alfred said.

"If you have food in a container and the food spills onto the paper, the paper quality is lower. So we want to make sure there's not the wrong things in there because it lowers the quality of the recyclables."