Toronto Environmental Alliance is concerned that not enough will be spent on monitoring if the city's trash collection is privatized. 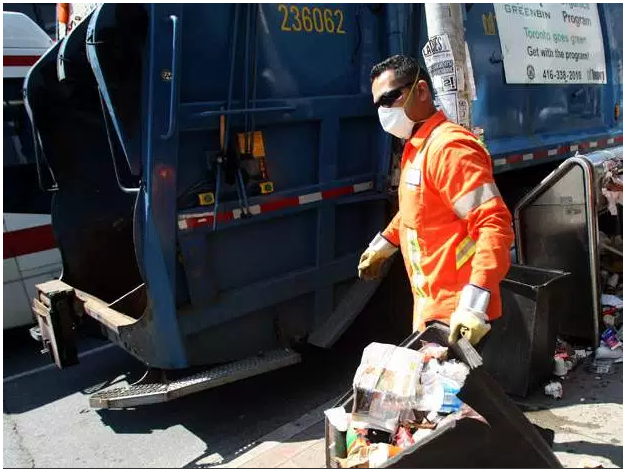 Environmental activists want to put the brakes on a push to contract out garbage collection in Toronto, saying the city hasn’t done its homework on the implications of hiring private haulers.

In particular, the Toronto Environmental Alliance claims staff have “seriously overestimated” the potential savings of contracting out curb side pick up west of Yonge Street, plus litter pick up in parks and sidewalk vacuuming, because they have not budgeted enough for monitoring, which it believes should be one fifth of the contract.

City council will decide whether to issue a request for qualifications on the contracts next month.

Using figures provided by city staff, TEA estimates the city has set aside at most 4.2% of the contract value for monitoring. It cites an American study called Privatizing and Its Reverse: Explaining the Dynamics of the Government Contracting Process, in which researchers referenced two case studies, one in 1989 and another in 1994, that “found the cost of monitoring to average nearly 20% of contract costs”. It does not appear to deal exclusively with the contracting out of waste services.

“If nothing else that suggests more homework needs to be done to figure out what is the right number,” said Franz Hartmann, executive director of TEA. “We’re not saying don’t do it, but make the decision based on complete facts and accurate facts.”

TEA’s new report, An Environmental Perspective on Privatizing Waste Collection in Toronto, raises questions about the impact contracting out will have on recycling and composting efforts, noting that “no one knows whether privatization has a negative, positive or no impact on waste diversion rates” but that there is “plenty of anecdotal evidence” that it has hurt it in the past. In 2009, for example, York Region sent 4,000 tonnes of recyclable material to landfill because it was over-compacted by a contracted collector and could not be sorted, it stated, costing the Region extra fees and a percentage point on its diversion rate. TEA also notes that private contracts often require municipalities to pay for a set tonnage, which means the city could end up paying for garbage that was not collected.

Councillor Denzil Minnan-Wong, the political point person on the contracting out file, said TEA raises “some interesting points but their report is politically motivated”.

He said the claim that waste diversion will not be enforced “doesn’t stand up to scrutiny”, since Etobicoke, the part of the city that already contracts out, recycles 1% more than in the rest of the city. According to a figure provided by a city spokeswoman, single residential homes in Etobicoke achieved about 64% waste diversion, compared to 63% city-wide. Mr. Minnan-Wong adds that Etobicoke spends less than 4.2% of its contract value on monitoring, and there have been no “alarming trends” to report. As for his contention that politics are at play, Mr. Minnan-Wong said TEA has “connections to the Toronto Labour Congress and Local 416, and they have never been supportive of these types of initiatives and in almost all circumstances are in opposition to this administration.”