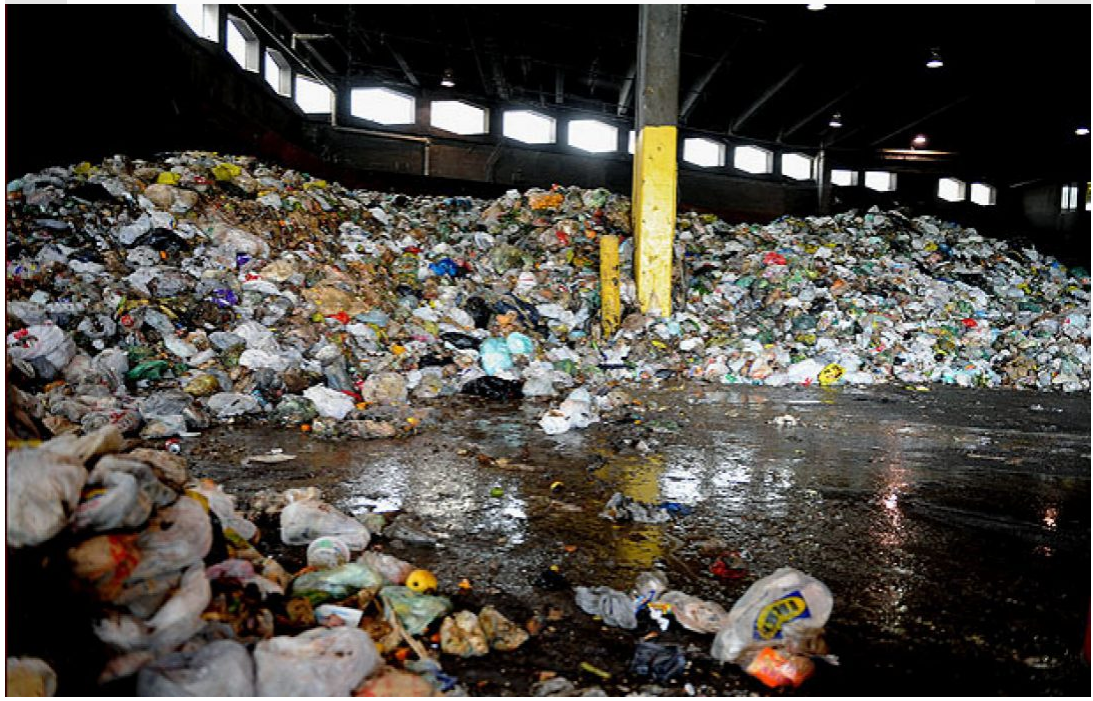 City Councillors say Mayor David Miller must hire an external auditor to conduct a sweeping review of the $15 million green bin program after a Star investigation exposed serious flaws in the system.

There are major problems within the program, including unfinished organics dumped in a gravel pit and food waste put in a landfill in Quebec or stockpiled in city transfer stations.

Toronto's two largest compost processors have faced severe environment ministry restrictions, due to
odour problems. And tests on city compost found that some is unfinished material that is toxic to many plants, the Star found.

The green bin program, and its perception of overwhelming success, was helping Miller get closer to his campaign promise of 70 per cent waste diversion from landfill by 2010. The program is expanding to include large apartments and condominiums.

Miller has been silent on the matter. Yesterday Stuart Green, the mayor's spokesperson, said the mayor would have no immediate comment. Referring to the Star's investigation, Green added Geoff Rathbone, the city's general manager of solid waste management, "and his staff are preparing a full response to the allegations in your story.

"And when that is ready," Green said, "we will be prepared to comment." Councillor Denzil Minnan-Wong is calling for an outside look at the operation.

"We need an external review because the truth has been sacrificed to the mayor's political agenda to reach 70 per cent diversion." Said Councillor Brian Ashton: "The mayor will need to move quickly and an external review is the only way. I am not sure the public will trust city officials after this."

The Star's investigation poked holes in the city's claim that a third of garbage is processed and turned into compost. It found thousands of tonnes were improperly processed, dumped or burned. Toronto officials say that with the organic and classic recycling programs the city now diverts 44 per cent of garbage from landfill, a claim that no longer seems true.

A major problem with the organic system is the plastic bags that Toronto wants residents to use for their organic waste. Toronto says the bags make it easier to participate, so diversion rates will be higher. But the bags make the food rot quickly, create odour problems for some processors and contaminate the compost.

Paul Arnold, a compost expert and professor at Nova Scotia's Acadia University, said plastic bags also lower true organic diversion rates because rotten food gets stuck to them and ends up going with the plastics to landfills or incinerators.

"And don't even get me started about the diapers," Arnold said.

The city tells residents to put diapers in their green bins but Arnold and other experts say they cannot be composted. Instead they are shipped off to the landfill, or are incinerated.

Minnan-Wong has spent the past two years asking questions about the program and says the lack of transparency was frustrating. Last month he asked Toronto auditor general Jeffrey Griffiths to investigate, but has not received a response.

"It is my observation that staff are willfully blind to non-compliance" (among composters), he wrote.

Calls for change were wide and clear.

Franz Hartmann, executive director of the Toronto Environmental Alliance, said the city needs to stop using plastic bags and asking residents to put contaminants such as diapers in their green bins. Even though the ministry regulates the process, the city should track the compost value.

He was "alarmed" to learn that some of the leftover plastics from Toronto's organics were sent to a Detroit incinerator by Toronto's largest composter, Orgaworld, in London. Miller has been a long-time opponent of incineration.

Industry leaders are calling on the province to create regulations that allow the green bin programs to truly divert waste from landfill.

"Some composts are processed in a way to just quickly stabilize them, to make them disappear out of the city's waste stream," said Jim Graham, chair of the Ontario Waste Management Association. "They are not beneficial to the soil."

Susan Antler, of the Composting Council of Ontario, has repeatedly called upon the province to adopt modern regulations for the processors and the compost they create.

Antler said the province is using vague guidelines that date back to 1991.