Lessons for Toronto from Harvey and Irma - Toronto Star

If the right decisions are made now by our city and province, we will be able to deal more effectively with extreme storms in the future. 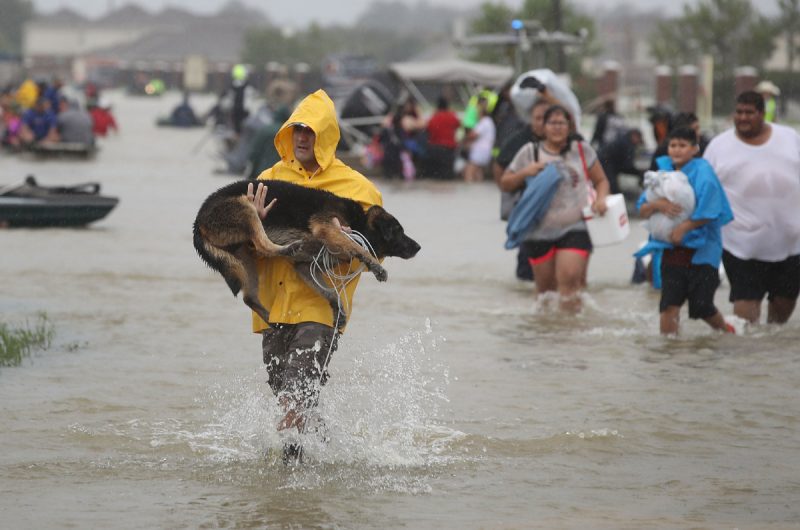 As our hearts and thoughts go out to the millions of people whose lives have been devastated by Hurricanes Harvey and Irma, residents in the Greater Golden Horseshoe would be wise to spend a few moments reflecting on what these two mega storms can teach us here.

This is especially important given that we will soon be going to the polls to elect new provincial and city governments and the decisions they make will have a huge impact on how future mega storms affect us here.

Lesson 1: Severe weather events are getting more frequent and severe.

These severe storms are what climate scientists predicted would happen and are the consequence of burning huge amounts fossil fuels. It’s time to prepare for their arrival. That means investing in better infrastructure to minimize the damage and that means raising taxes.

Lesson 2: It’s time to truly value and protect the green infrastructure that will be key to helping us get through severe weather events. Municipal and provincial governments must do everything they can to preserve and enhance green infrastructure, such as green space, river valley systems, green roofs, trees, and undeveloped spaces. Green infrastructure is key to regulating water and minimizing flooding. It also helps us during heat waves.

Now, the Province is looking at adding more agricultural and wilderness areas to the Greenbelt and permanently protecting these areas from development. This must happen as soon as possible.

Lesson 3: Make sure urban growth is done smartly and sustainably to minimize harm from severe weather events. The province recently adopted a new growth plan that, if properly implemented, will go a long way toward renewing cities so that they are better equipped to handle severe weather events. That means building new homes and communities within existing cities, designed with green infrastructure in mind and based on low-carbon technologies that don’t contribute to climate change.

Lesson 4: We need to continue doing everything we can to reduce carbon emissions as quickly as possible. The province has a climate action plan. Toronto just passed its climate action plan in July. Both plans must be implemented if we hope to help the world avoid catastrophic climate change. But it’s unclear whether the plans will survive the next provincial election and receive the funding they need to be properly implemented. Climate plans — and more importantly funding for climate plans — cannot become political footballs. If this happens, we are dooming ourselves to the type of devastation our American neighbours are experiencing due to severe weather.

Lesson 5: Toronto city council has to get its head out of the sand and start charging a fair price to those who create stormwater runoff. Currently, we rely heavily on our stormwater system to remove rainwater from our properties. Unfortunately, the system can’t handle severe rainfalls so sewers overflow and cause serious flooding. Not all properties create the same amount of runoff. Large properties with lots of pavement, like parking lots, account for less than 1 per cent of all properties in Toronto but are responsible for 43 per cent of the stormwater runoff. Unfortunately, they don’t pay their fair share of the stormwater system costs while other property owners pay more than they should.

In May, Toronto council had a chance to change rates and get rid of this inequity. Unfortunately, Mayor Tory said no and convinced a majority of councillors to vote against this simple change. By doing so, city council stuck its head in the sand at a time when many Torontonians were experiencing flooding from a very wet Spring.

Lesson 6: The cost of inaction is always greater than the cost of action. The devastation experienced by millions because of Hurricanes Harvey and Irma will take years, possibly a decade to repair and cost untold billions of dollars. We can avoid this fate even though big storms are coming to southern Ontario sooner than later. To do so, we must act and invest now. Otherwise, we will pay the much steeper price of inaction, after the storms hit.

Franz Hartmann is executive director of the Toronto Environmental Alliance and steering committee member of the Ontario Greenbelt Alliance.