Rather than support the Polluter Pays recommendation put forward by Budget Committee last week, which would save water ratepayers $1.6 Million per year, Mayor Tory’s Executive Committee decided to delay it for the second year in a row.

Mayor Tory claimed that more homework was required before making a decision, yet two consultants’ reports and two city staff reports have already looked into this issue of full cost recovery for wastewater costs and potential impacts on business. Executive Committee wants yet another report – this time to calculate the costs on individual companies – and they are giving staff an entire year to do it.

TEA wants to thank Councillor Bailão and Councillor McMahon for their votes of support on Polluter Pays at Executive Committee as well as the convincing speeches made by visiting Councillors Layton, Perks, Carroll and Davis. 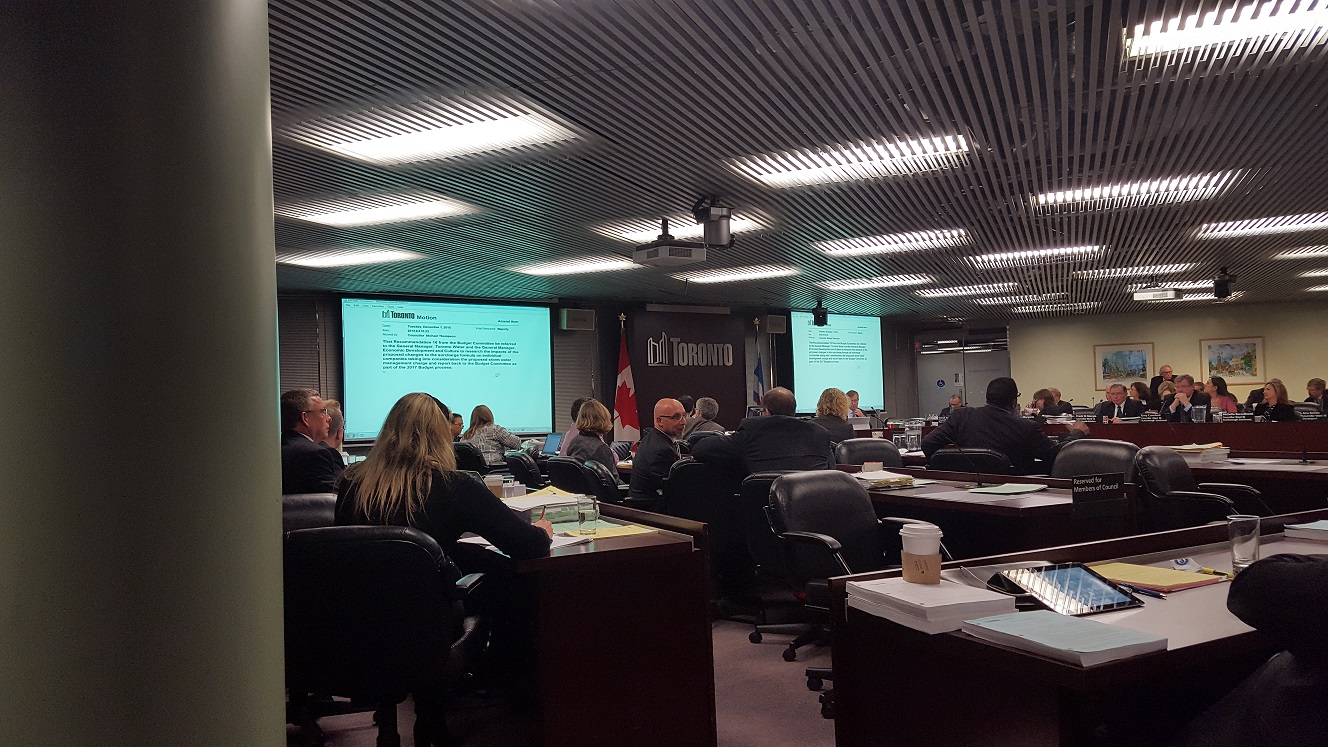 Executive Committee member Councillor Thompson led the charge against Polluter Pays on December 1st, indicating that a particular company in his ward would be hardest hit by changes to the industrial waste surcharge program, to the tune of $300,000.

If that’s the case, a single company in Toronto is responsible for nearly 20% of the wastewater treatment costs we subsidize every year ($1.6 Million). In other words, one company gets a $300,000 discount on their bill each year, while other companies pay the full price for their wastewater treatment.

Out of 215 facilities using this wastewater treatment program, Lou Di Gironimo (General Manager of Toronto Water) has confirmed that 130 facilities are receiving discounts. Although we have access to the complete list of 215 facilities, we still don’t know who’s getting a discount and who’s paying their fair share.

For confidentiality reasons, the public may never know which companies have the most to gain from ‘business as usual’ or the most to lose if we finally move forward with a full cost recovery program that’s clearly better for the City’s strained budget.

With the Polluter Pays issue boomeranging back to City staff for further analysis, only time will tell. TEA will continue to monitor this issue in the coming year and advocate for pollution prevention as the first line of defence in protecting Lake Ontario and our drinking water.