While we’ve been busy building public support for growing the Greenbelt, the development industry has been aggressively lobbying the province to take farms and forests out of the Greenbelt.

Here is what the development industry has been doing to take control of these irreplaceable Greenbelt lands that we rely on for local food, fresh water and billions of dollars worth of vital ecological services:

As well, there is pressure to change planning rules to make it easier for towns and villages within the Greenbelt to expand their boundaries and allow for urban sprawl.

This just-released map by the Ontario Greenbelt Alliance provides just a small snapshot of what lands are threatened in the Greenbelt. Ironically, the development industry claims it needs these lands because there isn’t enough land to outside the Greenbelt to develop. Yet they conveniently forget to tell us that they already have access to land big enough to cover all of Mississauga and Oakville - combined! 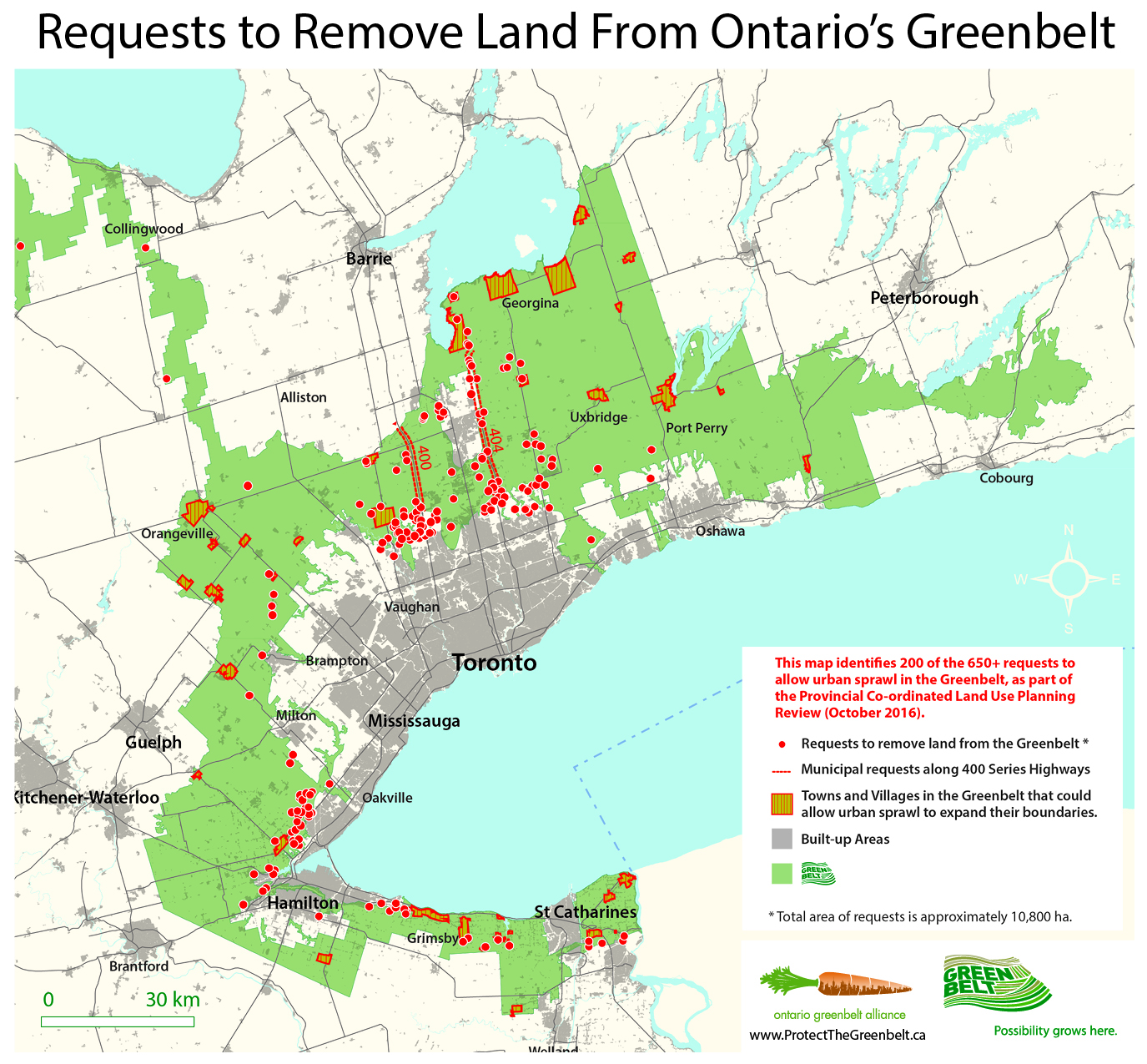 Over 600 requests have come from developers to let urban sprawl into the Greenbelt. Help us send 6,000 requests to the Premier telling her:  “Keep the Greenbelt Off Limits to Urban Sprawl from Developers.”

We have until October 31st when the ten year review of the Greenbelt legislation comes to a close. Click here to send your letter today.