Small-town mayor tells Toronto to keeps its own trash - Treehugger

The city doesn't like to deal with its own trash, preferring to outsource the dirty work to smaller communities, but now the community of Ingersoll is fighting back fiercely. 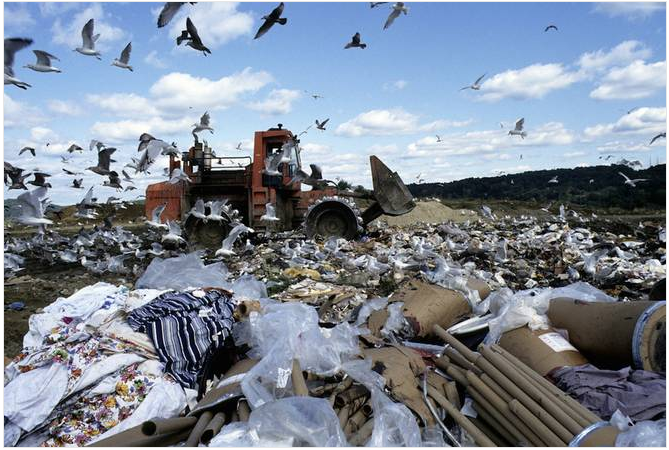 A battle is heating up between the city of Toronto and a small town called Ingersoll. Until recently, Ingersoll was best known for its artisanal cheeses and picturesque location in the rolling fertile farmland of southwestern Ontario, about 90 minutes’ drive from Toronto. In recent months, however, the town has become better known for its refusal to bow down to Toronto’s interest in turning Ingersoll into the city’s future landfill site. The photo below shows where the proposed landfill would be located in relation to the town:

You can’t blame Ingersoll for saying no, which is what Mayor Ted Comiskey has stated loud and clear: 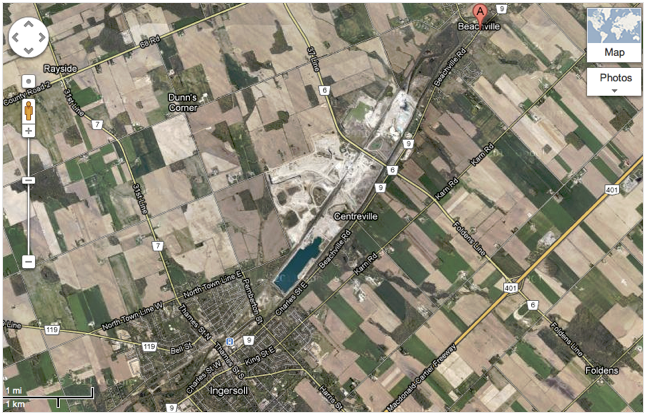 “My town, my residents, my neighbours do not want your garbage in

our backyard. We are not a willing host. If you want to put your garbage in an old quarry I suggest you use the one on the corner of Christie and Bloor [in downtown Toronto]. If memory serves me, during the last labour dispute, it was used as a temporary landfill. Why not make it permanent?”

Comiskey’s comment about the Christie Pits quarry was not well received by Torontonians, but that’s because they know where it is. To those people who call Ingersoll home, the thought of using that quarry is just as disturbing.

Toronto has a long history of exporting its trash to other communities. Starting in 2002, Toronto sent 150 rigs of trash daily across the border to Michigan. Finally in 2011, the city purchased an Ontario-based site called Green Lane, south of London, for $220 million. The closure date of Green Lane has been pushed from 2024 to 2040, but the city wants to line up its next landfill plan sooner rather than later.

The proposed landfill in Ingersoll would be located in an old limestone quarry, only 800 metres from the edge of a housing subdivision on the outskirts of town. Mayor Comiskey pointed out that, no matter what kind of liner is placed in the quarry, it cannot guarantee toxic leaks from trash won’t happen.

“Every landfill liner leaks. This is a limestone quarry and limestone is extremely porous which means anything that leaks beyond the liner is going to be sucked in by the rock and make its way into the water table. I am not prepared to put the drinking water of my citizens at risk.”

There’s something very likable about Comiskey and the way he’s fighting, tooth and nail against the big city’s expectation that his small community absorb its waste. In a spirited letter to the Toronto Public Works Committee, dated June 20, 2016, Comiskey proposed an alternative solution that’s entirely sensible: 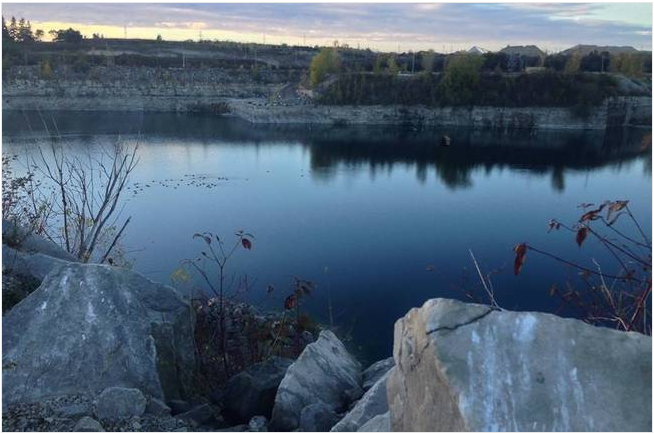 “If the majority of citizens in Toronto want a spot that is out of sight and out of mind, may I suggest Camera Heights? It is a deep valley with steep hills on three sides. It is next to the Humber River and that should not be a concern because all of the private industry experts say that with these new liners, landfills will not leak, so toxins ending up in the Humber will not be a concern. Camera Heights is as foreign as Ingersoll and Oxford County. Just keep referring it to as Camera Heights rather than the street geography along Eglinton Ave. between Weston and Scarlet Roads, and fewer people will be upset.”

The Oxford People Against the Landfill (OPAL) Alliance is a group of citizens fighting against the Ingersoll landfill. According to its Facebook page, the group has so far collected nearly 66,000 letters protesting the quarry, in hopes of swaying the Minister of the Environment to reject the proposal.

There is a much bigger problem going on here, though, and it’s something that everyone needs to address, from the Public Works Committee and city residents to the provincial and federal governments – and that is why we produce as much trash as we do. As long as trash continues disappearing magically from the curb, there will be no incentive to come up with alternative solutions.

Despite the fact that an estimated 85 percent of Toronto’s trash could be diverted from landfill through better recycling and composting, the city’s residents fail to deliver. According to Emily Alfred of the Toronto Environmental Alliance, only 29 percent of waste generated by apartment dwellers is diverted.

Public Works Committee chair Jaye Robinson agrees that better efforts toward education are needed. Unbelievably, she describes a plastic bag ban as “something definitely we should explore” – a pathetically insipid response to a serious environmental crisis. What’s needed is zero waste policy, a whole new way of packaging and selling consumer goods, of rewards and incentives for household that minimize their trash.

What’s hard to understand is why this hasn’t happened already, beyond the implementation of blue boxes and green bins (which are common-sense practices and really do not deserve the enormous pat on the back that everyone gives them). I lived in Toronto when the garbage disposal workers went on strike in the summer of 2009, and it was disgusting to see how quickly the trash piled up in heaps along residential streets, filling the air with putrid odors. The outrage was so great that Rob Ford won the next election in large part for promising to bring in garbage workers to deal with half the city’s trash.

As for Mayor Comiskey and the people of Ingersoll, keep fighting! Toronto has no right to export its garbage anywhere but into its own regional landfills, where it should be dealt with by the very people who generate it.

As Originally Published:Small-town mayor tells Toronto to keeps its own trash