Along with other environmental NGOs, TEA submitted comments to the Province in late February on the proposed Waste Free Ontario Act. In late April, TEA's Waste Campaigner, Emily Alfred, spoke to the Provincial Committee responsible for revising the draft Act.

The proposed Waste Free Ontario Act could transform waste management in Ontario, benefiting the environment and the economy. The Standing Committee on Social Policy heard from nearly 40 deputants in mid-April, the majority of them representing manufacturers, retailers and producers in Ontario. TEA was one of only a handful of environmental and public-interest groups that spoke to the committee.

Emily urged the Committee to amend the draft Act to:

Read the joint letter from CELA, TEA and CNWM submitted to the Province in February.

Read the official transcript (hansard) of the Committee meeting with Emily's comments. 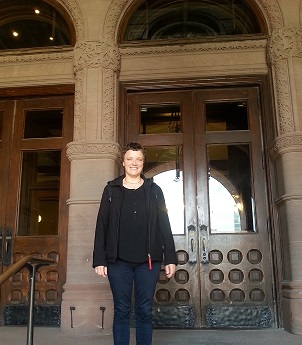 In the first week of May, the Committee will make line-by-line amendments to the draft Bill based on comments received.  The Bill will likely pass third reading in the Legislation in late May.

WASTE REDUCTION Ministry of the Environment and Climate Change Waste Free Ontario Act
Do you like this post?