Council keeps voting for a subsidy that gives an incentive to the city's water polluters. Why? 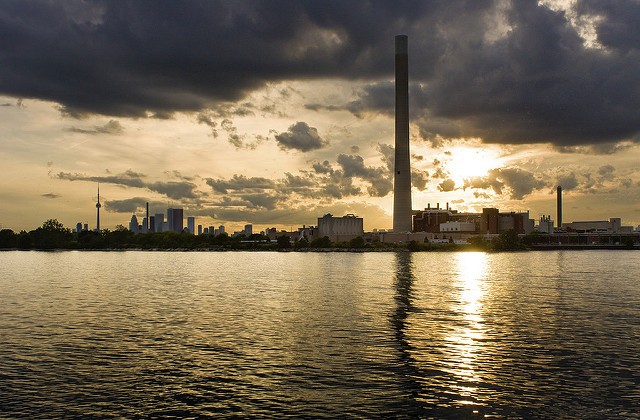 Torontonians pay more than $1 million annually to subsidize wastewater pollution from over 100 companies every year. Every year, Mike Layton (Ward 19, Trinity-Spadina) moves to end this subsidy so that these companies pay the City the cost to treat their pollution. And every year, council votes down this motion.

A majority of councillors believe the economic incentive is part of the price to keep thousands of jobs in town; previous staff reports provided by the City state that prices in surrounding municipalities are higher, and there’s room to move to a cost-recovery model. Environmental advocates and a minority of city councillors call the cost absorption unfair and unproductive to curbing pollution. As part of the rate-supported budget, City Council will vote today on whether to charge companies the full cost of treating the pollutants they release into Toronto sewers.

The City has a two-tiered system for charging Toronto water users, which has increased each of the past eight years. Most people now pay $3.45 per cubic metre (or an annual total of $966 for the average household), which helps cover costs to transport and treat water and sewage. As part of a 2008 plan to keep the city competitive, larger companies that adhere to certain criteria get a 30 per cent discount on their total water fees.

Most sewage and wastewater from Toronto’s residential and industrial water users are treated in the same facilities. The largest of the four treatment plants, Ashbridge’s Bay, can treat 818 million litres of wastewater per day (which could fill roughly 240 Sunnyside swimming pools, in case you’d like a visual of that) before returning the water to Lake Ontario.

When rainwater floods the system during storms, untreated water bypasses the treatment process, releasing chemicals and bacteria into the lake. To reduce the amount of pollution in the system, thereby reducing cost and environmental impact, the City caps the volume and types of pollutants that companies can release into public pipes.

If companies release more than the max amount of pollution allowed, as per the bylaw, they can either build their own wastewater treatment facilities or pay Toronto Water the cost of treatment through an industrial surcharge agreement. (Or cough up the money in the form of fines.)

Yet, under the current program, private companies that release excess pollutants into the public wastewater system are charged only for the pollutant that they emit the most of. This means that anyone who pays for water in Toronto is also paying to treat private companies’ pollutants at an annual cost of around $1.6 million.

Toronto Water compiled a list [PDF] that shows 127 companies currently release more than one pollutant into the system, meaning they are not paying the full cost of treating their wastewater. They are primarily manufacturing and food processing plants, some of which already pay a discounted water rate as bulk users, but they also include smaller operations like breweries.

Over the years, the Toronto Environmental Alliance has worked to shed light on the $1.6 million in water treatment costs that have flown under the radar.

TEA campaign director Heather Marshall believes the “unofficial rebate to polluters” results in an uneven playing field for companies that do pay the full cost to treat their polluted wastewater. “This sends the wrong signal to companies, as it suggests that the more types of pollution a company puts in the sewer, the less they pay to clean it all up.”

Charging companies the full cost of treating the wastewater they pollute may not sound like a radical idea, but the proposal has had pushback since 2012 when the City began brokering industrial wastewater surcharge agreements with individual companies.

“The only reason why we can assume that this full cost recovery initiative wasn’t [voted in] is to protect a small handful of companies currently benefitting from a formula that doesn’t require them to pay their full costs,” says Marshall.

As in prior years, Councillor Mike Layton submitted a proposal to the budget committee in November to charge companies the cost of treating all of the pollutants they release into the system, instead of just one, to be implemented over six years. It failed in a 4–3 vote.
Budget Chair Councillor Gary Crawford, who voted against the motion, says that although he supported the proposal in years past, he wants more information about the possible economic impact of new charges for industrial users. (A report on the proposed charge for stormwater management is slated for release in the spring.)

“We get the sense that many councillors believe in principle that companies should pay the full cost,” says Marshall, “but when you have to make a vote, there is a fear we sense among some councillors that this decision could have an impact on the business community.”

A 2015 report [PDF] projected that the loss of just one of the top five industrial water users could cost the City more than $2 million in water revenue and around 500 jobs.

Lobbying group Toronto Industry Network represents 22 manufacturing businesses in the area and fears companies will pay double what they’re paying now, if Layton’s proposal were to pass. TIN’s Paul Scrivener believes the downloaded costs are a fair price to pay for keeping manufacturing jobs north of the border. He also cites the fact that industrial landowners pay four times the property taxes of their residential counterparts, a ratio that Council has reduced to three to one over the past 10 years through its property tax re-balancing policy.

TIN client Atlantic Packaging Products Ltd is in the business of “sustainable packaging solutions,” employing over 1,000 people. As one of Toronto’s largest water consumers, they’ve recycled paper and plastic from your blue bins—a messier job now that the materials are mixed. The paper making and recycling processes use high volumes of water and heavy-duty chemicals, resulting in toxic wastewater.

Atlantic Packaging’s Todd Kostal explains that their private treatment facility processes the industrial giant’s wastewater before it goes down the drain, but it doesn’t get everything, routinely releasing at least two different pollutants into the wastewater system.

Kostal has spoken out [PDF] in the past against increases in water rates, but says paying for full treatment costs worries him less than electricity rates, which make moving to the U.S. appear like a much sweeter deal. (According to Hydro Quebec, Toronto electricity rates have hit record highs and are the highest among Canadian cities and most major U.S. cities, falling only slightly below NYC, Boston, and San Fransisco rates.)

“The States can compete on a lot of other avenues,” says Kostal, adding that lower water rates are one of the City’s few bargaining chips.

But Councillor Layton is concerned about this particular carrot. When Torontonians pay to treat polluted wastewater from private companies, there is little incentive for businesses to decrease pollution or invest in sufficient treatment methods. He plans to push the proposal again this week.