London’s calling. Last week, the UK summoned Commonwealth countries to join the fight against the millions of tonnes of plastic that end up choking our oceans and ensnaring sea life every year. The Queen’s already banished water bottles and plastic straws from royal estates. Now Britain’s looking at outlawing plastic straws, stir sticks and cotton swabs nationwide, joining the likes of Costa Rica, Belize and Taiwan in banning single-use plastics. So where is Canada in all this?

Prime Minister Justin Trudeau vaguely says he’s on board. But while we wait for him to cough up specifics, Greenpeace Canada is building an army of plastic-free change agents. As of Earth Day, they’re equipping citizens with toolkits for community action so they can press restaurants, grocers and politicians for a plastic-free future. And as the city mulls over whether it should take action on single use plastics, Toronto Environmental Alliance will be hosting advocacy trainings to make sure the city knows the 6ix wants action. “We want people to drown out the corporate lobbyists,” says TEA’s waste campaigner, Emily Alfred.

So how do you join the global plastic purge, both personally and on a big picture level? Here are a few ways to kick some common plastics to the curb for good. 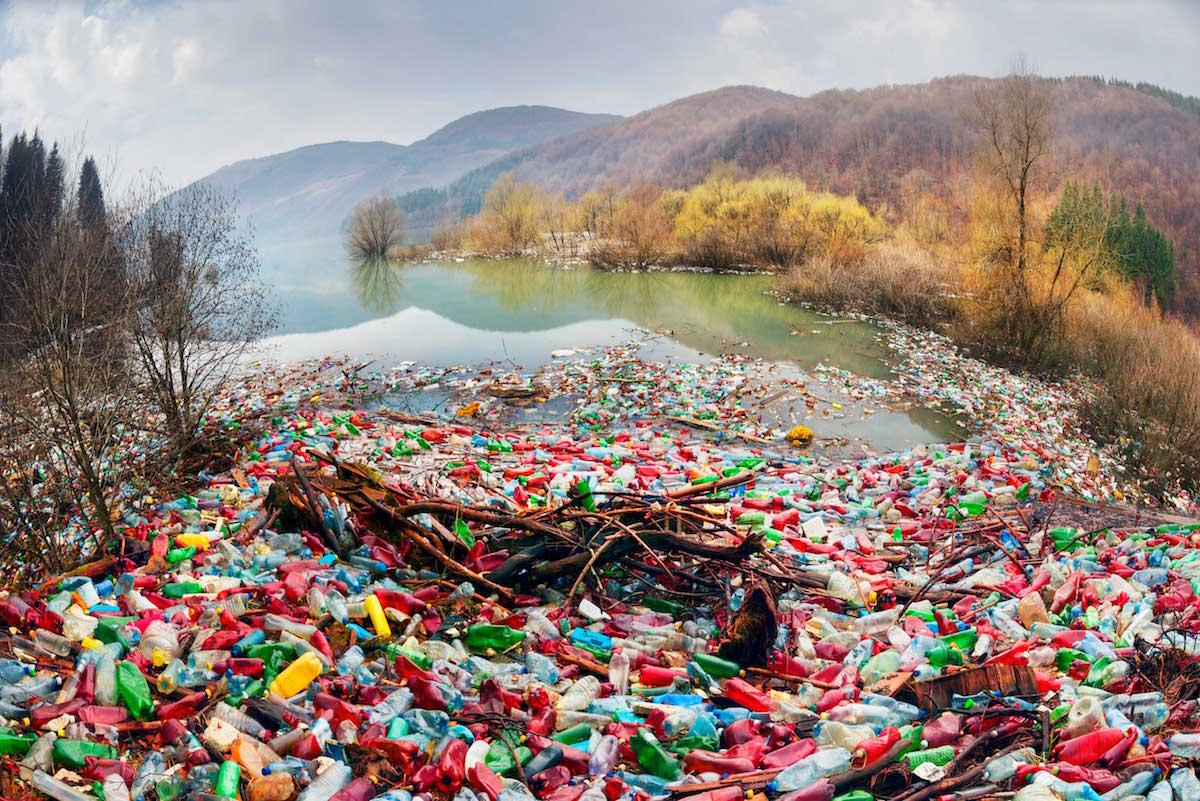 Every day in this country, 57 million plastic straws are sipped for five minutes and then landfilled for an eternity. But the tide is turning: at least 150 establishments signed on to The Last Straw’s pledge to forgo straws for Earth Day, which was a lovely awareness-raising effort, but many went back to using straws the very next day. Thankfully, a growing number of bars have stopped offering straws long term, but Canadian businesses and politicians are definitely lagging. All the McDonald’s Marriott hotels in the UK are already ditching the plastic suckers. The Scottish Parliament and Seattle’s city council have passed legislation doing the same.

Of note, disability campaigners have made it clear that straws should still be available upon request. Paper versions are definitely a better alternative to bogus biodegradable plastic ones, which don’t actually biodegrade in airless landfills (hence California’s ban on the term biodegradable plastic; even “certified compostable” plastic straws aren’t accepted in Toronto green bins).

DIY plastic purge: Go strawless altogether or get a stash of sexy stainless steel or glass ones that can be washed and reused.

Big picture action: Remembering to request a strawless drink when you’re inebriated can be a challenge, which is why bars must take the lead. Get vocal about telling the restaurants and bars you visit that you’d love for them to stop sucking for good and only offer paper straws upon request. And don’t stop there: encourage them to pass on other single-use plastics, like stir sticks, utensils, ketchup packets, bags, unrecyclable black and dodgy polystyrene takeout containers (the classic aluminum ones can at least be recycled ad nauseam, but even cooler would be a citywide reusable takeout container system like Portland’s GO Box). Bug your city councillor about a city ban on single-use plastics, too.

QUIT BAGGING YOUR BANANAS (AND BROCCOLI) IN PLASTIC

Have you seen those crazy foods engineered to grow their own wrappers? They’re called fruits and vegetables. Amazingly, these foods grow their own peels! As grocers and produce companies encase ever more items in superfluous packaging, we do the same every time we bag a handful of bananas, apples or potatoes in a clear plastic produce sack then bring them to the checkout for more bagging. Thankfully, Europe’s lighting the way forward. One Icelandic supermarket chain has pledged to go plastic-free for all its own branded products by 2023 (you listening, President’s Choice?). More good news: the UK will officially be pushing grocers to bring in plastic-free aisles, as has a Dutch grocer.

DIY plastic purge: Go on and throw your head of lettuce and three red peppers loose into your shopping cart like the wild child you are, and get some reusable produce sacks from a health store for things like green beans. Montreal-made Credo Bags makes some for bagging bulk stuff like grains and nuts, too.

Big picture push: Press your local grocery manager and holler at supermarket CEOs about phasing out single-use plastics and bringing in a plastic reduction policy. A plastic-free aisle would be a start. And tell your city councillor that Toronto’s ready to join 30 other countries and cities in a plastic bag ban, too. Admittedly, Montreal’s bag ban doesn’t apply to produce bags, but it does get citizens rethinking plastic.

BREAK UP WITH COFFEE PODS

No one likes annoying friends that tell you how to live your life, but consider this an intervention. Your beloved Keurig/Tassimo/Nespresso machine is a major slob and a drag on everyone around it. Pods generate 10 times more waste than a conventional cup of drip coffee and over a billion plastic and aluminum pods end up in Canadian landfills every year. Yes, some places like BC are now recycling them, but our city doesn’t – and either way, recycling wouldn’t stop every single cup you brew from coming with virgin plastic and open-pit mined aluminum.

DIY plastic purge: Go old school with a glass or insulated stainless steel French press; get your latte fix on with a podless high-tech home cappuccino machine; or just order some reusable/refillable pods. Don’t forget your reusable mug when you head out the door.

Big picture push: Germany’s second largest city, Hamburg, has banned disposable pods from city-owned buildings. Embolden your city councillor – and your office manager – to do the same. Tell them a UK-inspired 25-cent “latte levy” on disposable takeout cups would be bloody brilliant, too, as would a citywide reusable coffee cup system, à la Freiburg, Germany.

· Replace plastic cling wrap with sheets of locally made beeswax wrap by Canadian companies like Earthology and Abeego.

· Swap plastic Q-Tips for organic cotton swabs with cardboard stems, though doctors would tell you to quit shoving things in your ears altogether. A simple wash cloth will do.

· Skip Ziplocs and order reusable snack bags. Stash makes some clear ones out of silicone but there are tons of washable cloth ones out there, too. Wash and reuse the plastic baggies already in your arsenal.