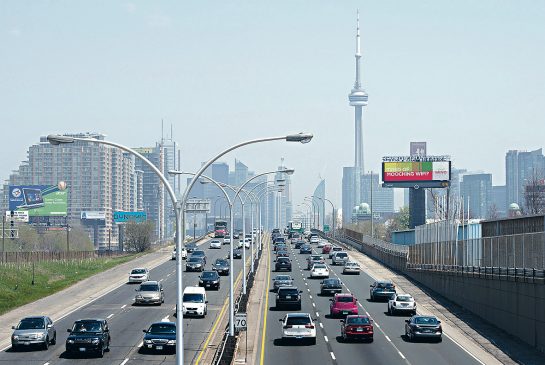 Toronto has lost its reputation as a global environmental leader, and advocates say the only way to get it back is to fund the city's landmark climate plan.

"For decades, Toronto was the leading world city in innovative programs to reduce greenhouse-gas emissions at the local level," said Gord Perks, who was an environmental activist long before he became councillor for Parkdale-High Park.
Perks cited the city's leadership in the '90s and 2000s on issues like waste diversion and pesticide use. But he said the current political climate has put Toronto in a new position.

"In my working life, Toronto is absolutely at its lowest ebb in terms of its leadership on environmental issues," he said. "We're a follower now, not a leader."

Perks' comments follow city council's debate on TransformTO, a detailed roadmap on how Toronto can achieve its greenhouse-gas reduction goals by 2050. Council endorsed TransformTO in principle but voted against an amendment that would have committed $6.7 million. City hall will reconsider the funding later this year and throughout the 2018 budget process.

Heather Marshall from the advocacy group Toronto Environmental Alliance worries about the city's lack of progress on climate change.

She argued that the city should be judged on what it funds, not approves in principle. And for Marshall, TransformTO represents a great opportunity.

"We certainly have a moment here where we can prove we aren't just serious about passing policies, but we want to be leaders on the world stage again. How we implement our climate action strategy will make or break Toronto's reputation."