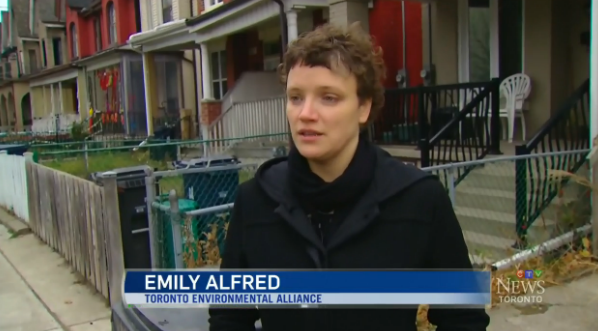 Toronto Mayor John Tory has proposed ending the use of extra-large garbage bins as way to encourage more residents to recycle.

Tory, who recently returned from a climate summit in Paris, said the city has found that 77 per cent of items found in extra-large bins could have been recycled.

“We’ve got to spend more effort rewarding good behaviour, particularly residents who are putting less waste in their garbage bins,” Tory told reporters on Monday. “By the same token, we’ve got to discourage bad behaviour.”

Recyclable items that aren’t diverted to recycling plants end up in landfills, something Tory said the city should be working to prevent.

Environmental advocates say the move is a healthy and achievable one for the city.

“Reducing the garbage bin size should be achievable,” said Emily Alfred of the Toronto Environmental Alliance. “Toronto has a lot of great waste diversion programs, so most of what comes out of people’s houses could be recycled, composted, reused or diverted in a city program.”

Tory wants the extra-large bins phased out over the next few years.

The extra-large bins hold approximately five bags of garbage. The next size down only holds three bags.

If the change does come into effect, large garbage bins are the largest size waste collectors will accept.

The proposal will be debated at a City Council meeting on Wednesday.