How Transit Fares in the 2015 Budget

It's a "good news-bad news" budget for transit.

Fares Aren't Fair but Service is Not Getting Worse

After 4 years of steady service reduction and constant fare increases, this year's proposed TTC budget stops the cuts and begins the process of getting us back to to service levels we had in 2010. The budget proposes to inject about $95 million into improving existing TTC services. For riders, this means the city plans to invest about 85 cents per ride in 2015. In 2010, the city invested 93 cents per ride and in 2013, the city invested 78 cents per ride. Put simply, there will be more money per ride available in 2015 than in 2014 but not as much as the TTC had in 2010. 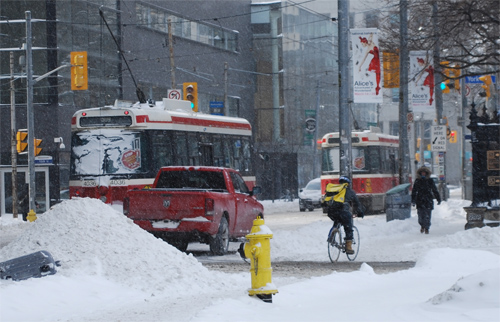 Better Transit that Makes Sense for Toronto and the Environment

We need an affordable, accessible, and fast transit system that reaches into all corners of the city; public transit that will make Toronto:

Council needs to be realistic about how we can get the best value for our investment.

See Franz Hartmann, TEA Executive Director's, Presentation to the Social Planning Committee Townhall on the City Budget. The issue of Public Transit is at 1:14 in the video presentation.