Welcoming to TEA’s New Board of Directors

TEA said a heartfelt goodbye to two departing board members and hello to three new members at this year’s annual general meeting.

Stephanie Kearns served on the TEA board for four years, most recently as TEA’s Treasurer. Stephanie helped TEA develop important new anti-oppression policies. The Board also consistently relied on her sharp legal mind to inform board discussions and decisions.

Rebecca Moershel served on the TEA board for three years. Her decades of fundraising experience was a huge asset to our Development team. Rebecca also spearheaded a number of new employee policies at TEA. Most recently, she led a 18-month long process to update TEA’s employee policies.

A heartfelt thank you to Stephanie and Rebecca: you both made TEA a better and more effective organization!

Welcoming TEA’s new Board of Directors

Members at the AGM also elected three new board members: Melissa Bruno, Emmay Mah and Anne Sabourin. Joining the 6 returning members, TEA’s 2017 Board of Directors makes up a powerful group of skilled and dedicated Torontonians that will help staff and volunteers build a greener city for all. 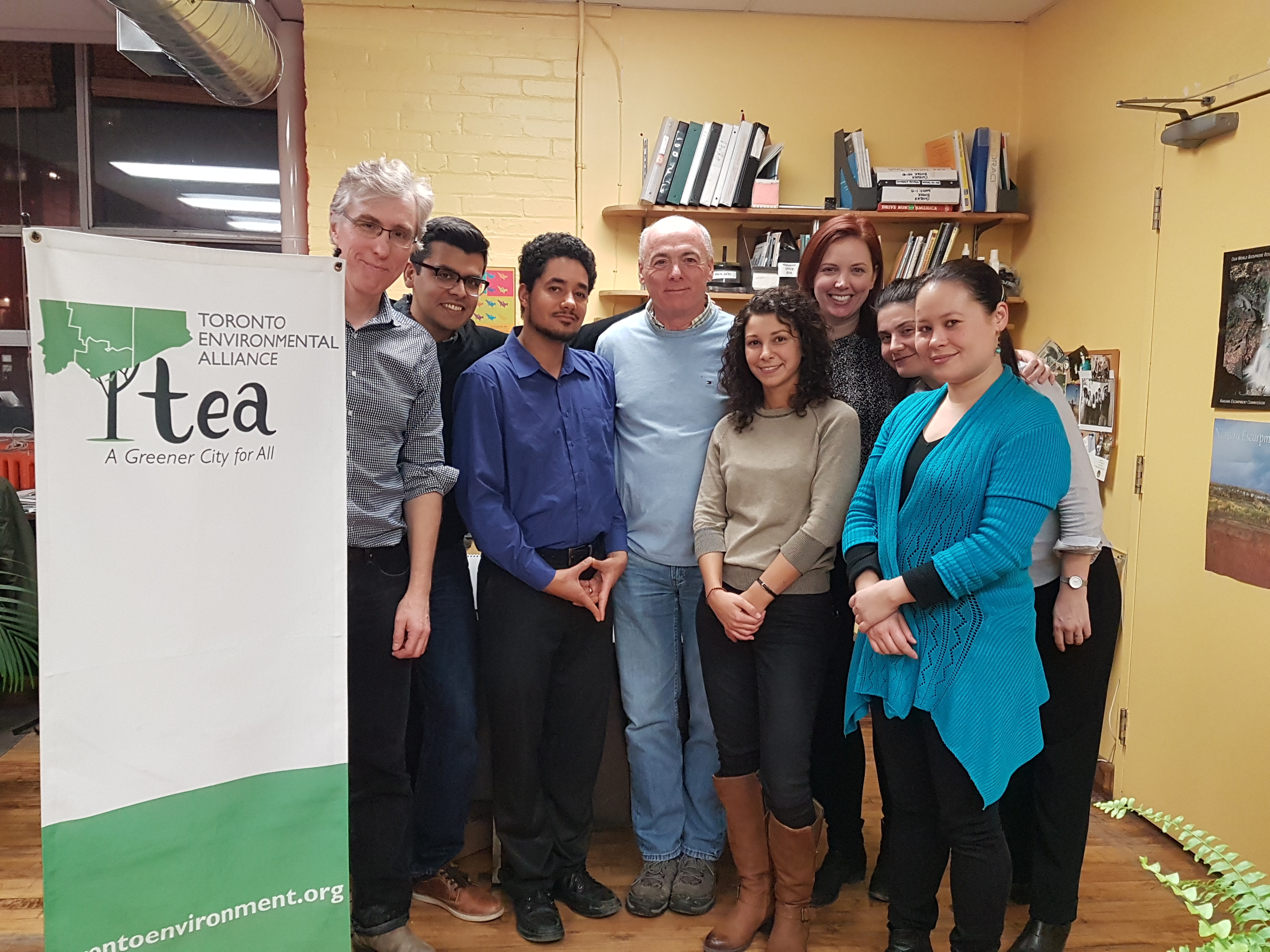 Melissa Bruno is an advocate for a green, healthy and equitable city. Having worked politically at all levels of government, Melissa has a proven track record of successfully managing strategic issue-based campaigns that shape our public policy across all tiers. Melissa began her career working for the late Jack Layton, former leader of Canada’s NDP and is currently the chief of staff to the Deputy Leader of Ontario’s NDP. Melissa brings her political experience to help TEA build a greener city for all.

Emmay Mah has worked in the third sector for over a decade, developing and managing programs in child rights and protection, HIV/AIDS and Indigenous health. She has had the privilege of working with communities in East, West and Southern Africa, and Northern Ontario. Emmay is a co-founder of the People's Climate Movement Canada, and is the Project Director for Enviromentum, a project of Tides Canada. She is passionate about building a diverse and inclusive climate movement, and a more equitable and sustainable society.

Anne Sabourin is an associate at Donnelly Law. She advises community groups, green developers, farmers and First Nations on issues in environmental, cultural heritage, municipal and land use planning law. While in law school, Anne volunteered with several environmental NGOs and was a member of the City of Toronto’s 3Rs Working Group.  With her work taking her all over Ontario’s Greenbelt and beyond, she looks forward to supporting TEA’s work creating a greener and fairer Toronto.