The potential high cost of beer in grocery stores - thestar.com

Any changes Ontario is contemplating to where beer is sold must include requirements that every outlet that sells beer has to use the deposit return system. 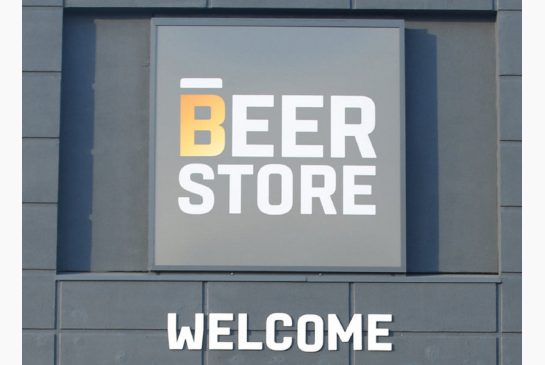 The Toronto Star recently reported that the province of Ontario is actively working on getting beer into grocery stores. Providing even more choice for consumers is a popular idea. But provincial policy makers need to be very careful about how they proceed. Their pursuit of greater choice, if not done properly, may lead to higher taxes and harm the environment. It may also undermine the government’s push to reduce public waste management costs by requiring companies to take responsibility for the waste they produce.

Right now, most companies in Ontario have a sweet deal when it comes to who pays the cost of their product and packaging waste. Every year, municipalities collect millions of tonnes of this waste through the garbage and recycling systems. We all pay for the vast majority of these costs through municipal taxes or user fees.

But there are other costs. Making and dealing with all this product and packaging waste creates significant environmental problems in the form of air pollution, greenhouse gas emissions and water pollution. Again, it’s Ontario taxpayers, not the companies, who pay to clean up these problems.

In contrast, the Beer Store’s deposit return system costs municipal ratepayers and provincial taxpayers nothing. As anyone who buys beer in Ontario knows, you pay a deposit for every bottle or can you buy. In most cases, your beer comes in a refillable bottle. When your bottles are empty, you take them back to the beer store and get your deposit back. The Beer Store sends your empties back to the breweries where they are washed, re-filled and resold.

The average beer bottle is reused 15 times and as a result saves a huge amount of energy and reduces pollution compared to single use containers (which is what most other beverages are put in) which end up in our municipal recycling and disposal systems.

This deposit return system is the best example in Ontario of what’s called “full producer responsibility,” an approach the provincial government has increasingly talked about wanting other businesses to adopt and that may be part of a new Waste Reduction Act the premier wants to introduce.

The challenge facing the Wynne government is that it must be very careful not to undermine this deposit return system as it creates a new arrangement for selling beer. If the government pushes too far, the big breweries may decide the Beer Store model no longer makes business sense and rely solely on grocery stores for beer distribution.

This would likely see the end of the deposit return system and refillable containers, much like what happened in the 1990s when the soft drink industry abandoned a deposit return system and refillables for single use pop containers. If this happens with beer, empties would then end up in our garbage and recycling systems and cost municipal ratepayers $40 million more every year.

That would be a big step backwards for our pocketbooks and for the environment. It would also likely move the big breweries from being supporters of the Wynne government’s push for full producer responsibility laws to being opponents.

So, as the government contemplates a new arrangement to sell beer in Ontario, it needs to be very careful not to undermine the deposit return system (with refillable containers) the Beer Store has developed. Grocery stores obviously want to sell beer in their stores. But we need to remember that grocery stores were more than happy to support the pop industry eliminating refillable bottles for single use containers.

Any changes the Wynne government is contemplating to where beer is sold must include iron-clad requirements that every outlet that sells beer has to use the deposit return system and that breweries continue selling most beer in refillable containers. Otherwise, we may have beer in grocery stores but end up paying for it with higher garbage fees and more pollution.

Franz Hartmann is executive director of the Toronto Environmental Alliance.