It can be difficult to picture the everyday impacts of climate change. While it’s an issue we deal with on a global scale, some of Toronto’s plants and wildlife are trying to tell us what it means for our city, our community, and our environment.

Climate change brings with it increasingly erratic and severe weather. This spring we have seen the impact climate change is having at the micro-scale - you just have to look close enough. Read on to hear about how blossoms, opossums and ticks are teaching Toronto a valuable lesson. 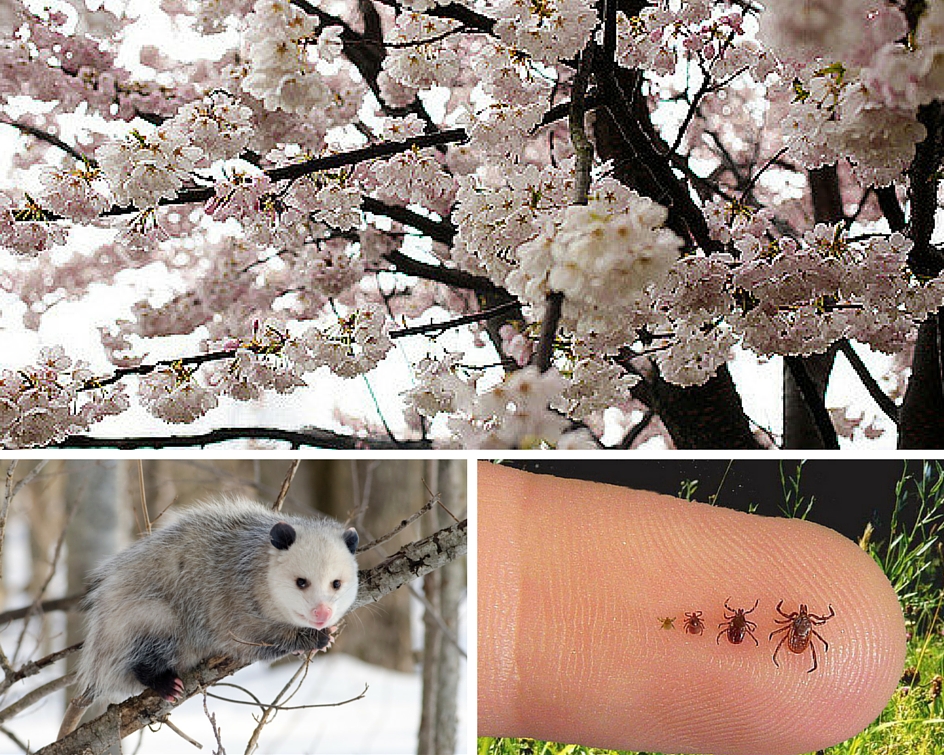 Where have all the blossoms gone?

Visiting High Park in the spring to see the cherry blossoms is an annual tradition for many Toronto residents. Thousands of visitors typically flock to High Park each year in late-April to early-May for a chance to see the blooms. This year, the soft pink flowers were a no-show in the park.

Experts say that the sporadic weather we’ve experienced, with warm temperatures this winter and cooler temperatures in the early spring, have prevented the blossoms from making an appearance. Instead, the trees are sprouting buds for new leaves.

The absence of the pretty blossoms this spring are one sign of the more erratic weather we’re experiencing in the city.

Opossums on the town

Opossum sightings are growing in the GTA, and it looks like they’ve come to stay. Although they’re not native to Southern Ontario, many opossums (also known as American possums) have been migrating north from the United States. They mostly live in the ravines and larger parks in Toronto, but can also often be spotted in our own backyards and laneways.

Opossums typically live in warmer climates, and harsh winters can threaten their survival. However, with warmer weather in Toronto and its surrounding areas, opossum populations are becoming more established in these areas.

These furry friends are generally harmless, and as warmer weather conditions persist in Toronto, we’re likely to see more of them in our City. Which leads us to wonder… are Toronto’s Green Bins possum-proof?

Black-legged ticks are making an appearance in some Toronto parks. Normally, the colder temperatures in Canada don’t allow for ticks to complete their life cycle. With rising temperatures and milder winters, we’re finding a growing population of ticks.

Toronto Public Health has identified that blacklegged ticks have been spotted in many east-end Toronto parks including the Toronto Islands, and Scarborough’s Morningside Park, Cedar Ridge Park and Rouge Park. Researchers have found that ticks have been moving north into parts of Canada because of the warmer temperatures.

While this news helps to explain the growing tick population in Toronto, it also poses new public health risks for our communities. Black-legged ticks can carry bacteria that can infect people with Lyme Disease. While the risk of contracting Lyme Disease is still low in Toronto, it could become a growing problem.

Have you noticed any changes in your community? Share your stories by emailing [email protected]