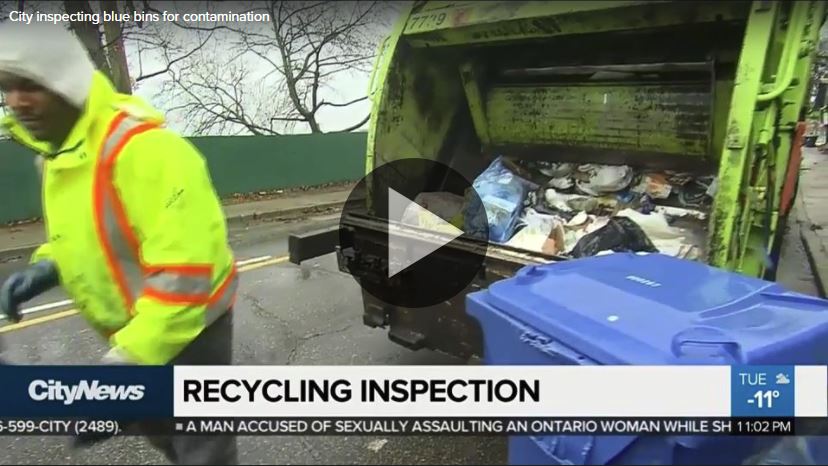 The City of Toronto will be going through your recycling bins in hopes of saving millions of dollars.

This past summer, the city launched a pilot project and sent out inspectors to see exactly what people are putting in their blue bins and warning them that if it’s contaminated with materials that shouldn’t be in it.

Toronto’s Solid Waste Management Services division is now prepared to go through the second round of the project in order to curb the amount of garbage found in the recycling system.

“We collect 204-thousand tonnes of recycling a year and last year 52-thousand tones of that was garbage” Jim McKay, general manager of the division, said.

Some households received a “Dear Resident” letter last week from McKay, reminding them what should and shot not go in the blue bins. 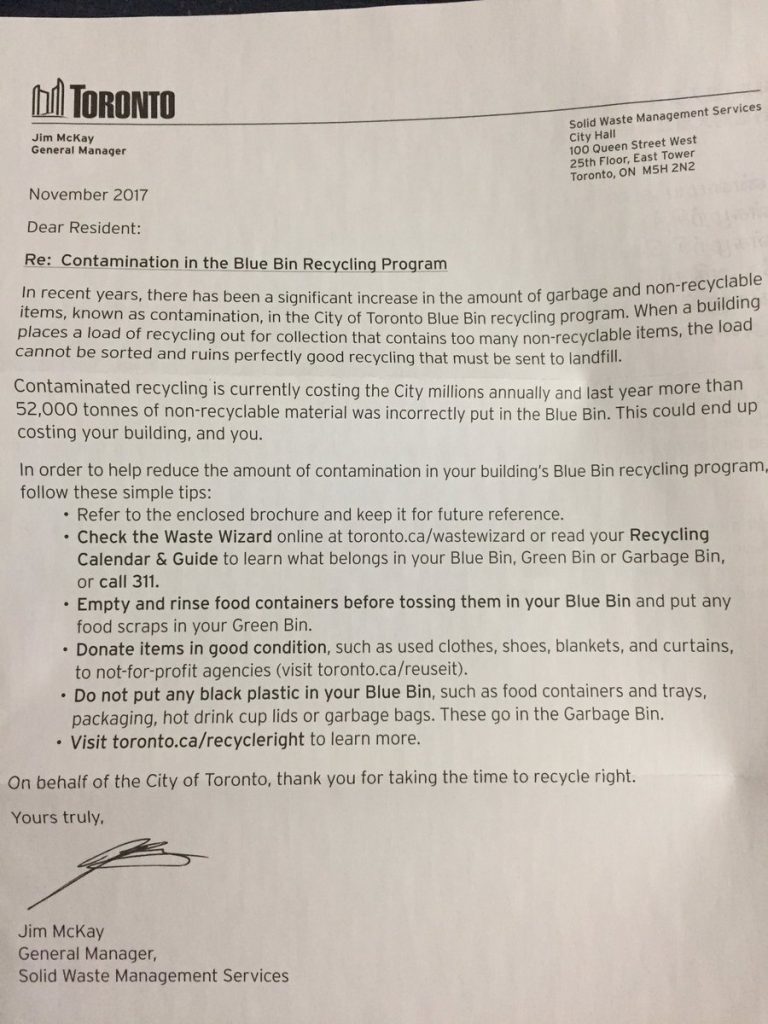 “The cost of having half a dozen staff in the field going bin to bin is nothing compared to the actual cost of the issue.”

According to McKay, 26 percent of the city’s recycling system is contaminated. Every percentage point the city can bring it down saves between $600,000 to $1,000,000.

“If we get it down 10 percent or 15 percent we’ll save more than 10 millions dollars a year,” McKay said.

“We spend six figures to save seven.”

In some cases, notices are put on bins upon inspection, telling the resident what’s wrong with their recycling, and explaining why it won’t be collected until the next scheduled collection day after it’s been properly sorted.

According to Emily Alfred, waste campaigner for the Toronto Environmental Alliance, this type of direct feedback approach has been very effective in other cities around the world.

She says the key to recycling the proper materials is to first recycle knowledge.

“I think the city could spend more on education, but we also need to look at the fact that recycling rules change,” says Alfred.

“Each city has different recycling rules … In Mississauga, you can’t recycle Styrofoam, so it can be confusing for someone who lives there but works in Toronto.”

The Solid Waste Management Services is working on better educating the public when it comes to recycling. It’s also looking at stricter ways of getting the message across.

“We hope we don’t have to get (to the point of) actually charging someone or levying a fine against someone for doing the wrong thing, but we have had a discussion on what that might look like,” he explained.

McKay also said it’s still early days but they’ve seen some good results. The city hasn’t released any formal reports yet, but based on what they’ve seen the plan is to continue the pilot project.

McKay said anyone who wants to learn about proper recycling should consult the city’s online Waste Wizard or check their recycling calendar to see what goes where.