Last week, at the stroke of midnight on Halloween Eve, the 10-year review of the Greenbelt came to a close. 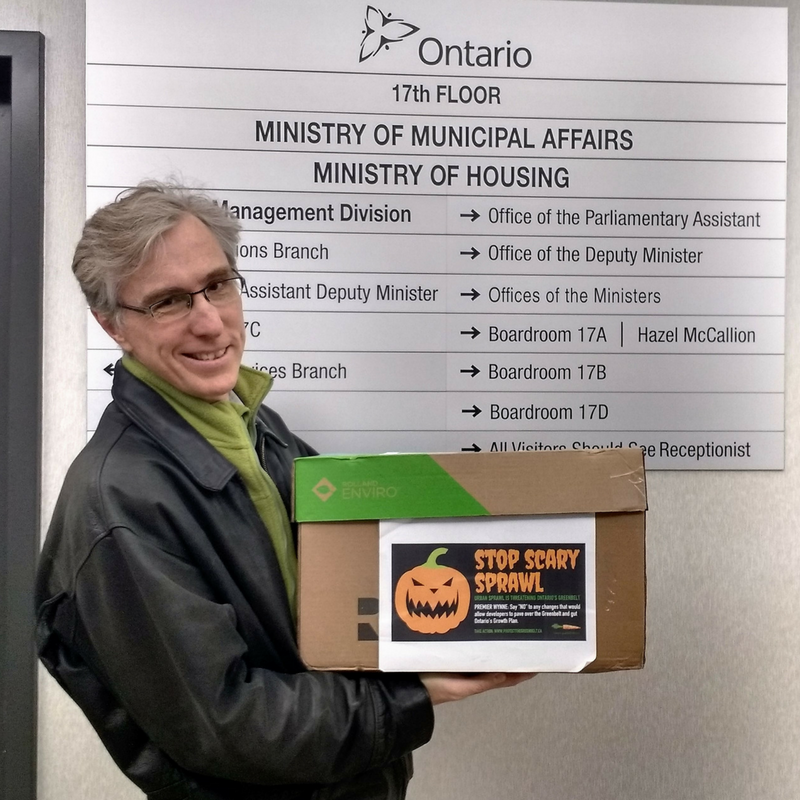 Now, we wait for the Provincial Government to review all the comments they received from the public  since May 2016 and to make final decisions about how to change the Greenbelt laws.

TEA supporters submitted thousands of comments since May (we’re still counting up the final numbers). Thank you to each of you for taking action with us to protect and expand Ontario’s Greenbelt!

We also know that tens of thousands of Ontarians submitted comments, thanks to the efforts of other groups who we worked with as part of the Ontario Greenbelt Alliance.

Now is the time to reflect on what we’ve accomplished:

We expect the Province to announce their final recommendations some time in the early 2017. While we cannot predict what the recommendations will be, we can say with certainty the Premier knows what Torontonians want her to do.