How climate change is bad for Torontonians' health - Toronto Star 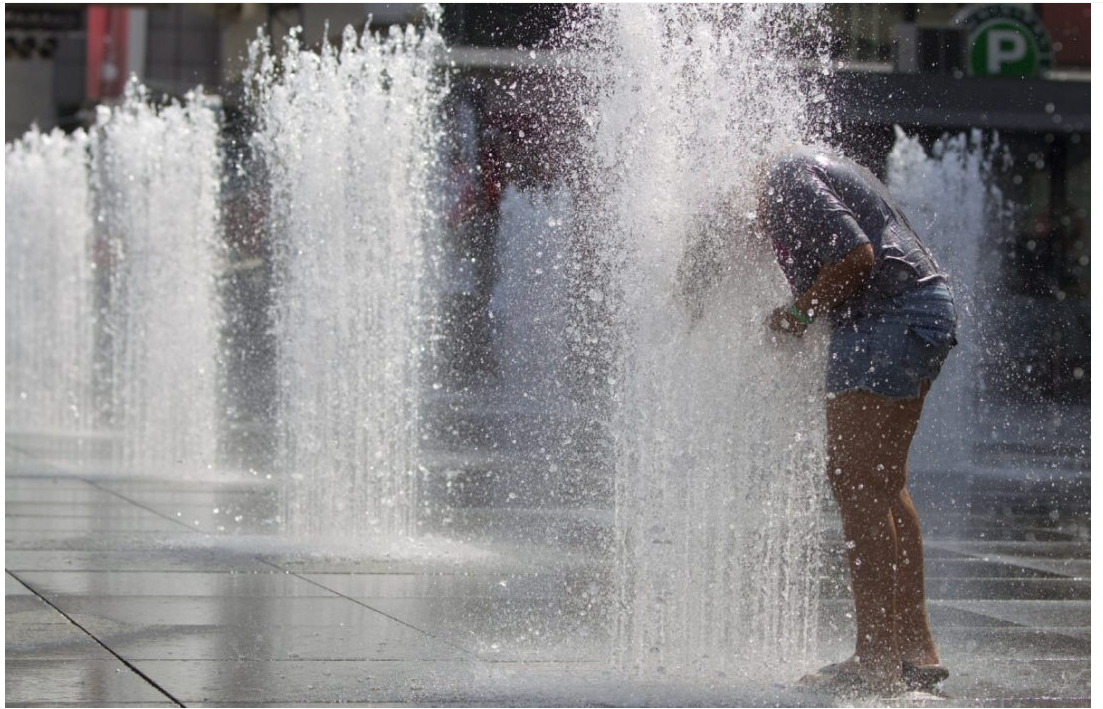 As the recent heat wave showed, Torontonians are not immune from the ill health effects of climate change.
Next week, Canadian physicians will gather for the annual meeting of the Canadian Medical Association (CMA), often called Canada’s "Parliament of Medicine." One of the meeting’s strategic sessions will zero in on the health consequences of climate change. Slated to start with a keynote address from Dr. James Orbinski, past president of Doctors Without Borders, it comes at an auspicious time for a city coming to grips with and responding to the recent brutal and oppressive heat wave.

It’s no secret that the city of Toronto and Toronto Public Health have been in overdrive, issuing extreme heat warnings, turning libraries into cooling centres and alerting residents to the dangers of heatstroke and exhaustion. Though everyone is vulnerable, socially isolated seniors, racialized minorities, the homeless and those with chronic illnesses, including mental illness, are most at risk.

Extreme heat produces ill-health in a number of ways. Nitrous oxides and volatile organic compounds, emitted largely in Toronto from motor vehicles, are catalyzed in high temperatures into ozone. Known to increase inflammation in the lungs, higher levels of ground level ozone are linked to higher emergency department visits and more hospitalizations for those with asthma. For countless Torontonians with Chronic Obstructive Pulmonary Disease (COPD), a higher risk of death can be added to that list.

To help mitigate these ill-effects on health, doctors wisely recommend seeking shelter in a cool, air-conditioned environment. Ironically, the use of air conditioners for temporary relief can be counter-productive in the long-run. Drawing power from an energy grid that still relies heavily on gas generation to meet peak demand pumps ever more greenhouse gas emissions into our atmosphere.

Unfortunately, these climate-related health consequences represent only the tip of the (rapidly melting) iceberg. Thankfully, both the health care sector and policy makers are starting to take action.

Last year, CMA members directed their organization to divest its financial holdings in fossil fuels. This year, MD Management, a financial services company and subsidiary of the CMA, recently launched one of the few Fossil-Fuel Free mutual funds in Canada.

Just last month, Toronto Public Health released "Health Benefits of a Low Carbon Future" -- a report zeroing in on the local health benefits of reducing greenhouse gases and the steps needed to achieve them. Though the scope of climate change problems is large, a prescription for local action, focused through health, is worth a closer look.

For example, the report lists transportation reform as one of the city of Toronto’s lowest hanging fruits. Motor vehicles are amongst the worst climate change offenders. Encouraging active transport and alternatives to driving play an important role in changing that.

Building mixed-use neighborhoods where errands can easily be accomplished without a car is one step in that direction. Toronto deserves much credit for its expansion of Bike Share Toronto and the new Bloor Street bike lanes. However, Mayor John Tory’s insistence on cuts to the operating budget of the TTC threaten to reverse these hard-fought, climate-positive gains.

The old adage of "reduce, reuse, recycle" also still rings true. In 2013, when the city first outlined its waste strategy, it was largely focused on finding new space for a landfill and doing more of the same. After three years of campaigning, the Toronto Environmental Alliance secured city council’s unanimous support for a reformed strategy that focuses not just on the 3Rs, but also on a path that embraces zero waste as a long-term goal.

Reducing the impacts on the air, soil and water from waste transportation, processing and disposal is a big win for health. Climate change is a complex problem, one that touches on so many parts of our lives, not least our health. The question remains whether Toronto’s current pace of change will be enough to match the urgency of the changing climate.