Below is the commentary by TEA’s Executive Director, which appeared on the Toronto Star website.

It would be easy to see Mother Nature as the enemy. The terrible July rainstorm caused widespread flooding. The severe ice storm left hundreds of thousands of Torontonians without heat and power for days. Estimates suggest that these two events alone will cost us at least $1 billion.

Yet, amid the pain and suffering, Mother Nature gave us a blessing in disguise: a peek into our future and a chance to change it. As Toronto city councillors get ready to hold an emergency meeting on the aftermath of the devastating ice storm, here are some lessons Mother Nature taught us in 2013 that should drive upcoming council decisions.

Lesson 1: Climate change will wreak havoc on Toronto. We are not prepared.

It’s impossible to say the ice storm and flood were caused by climate change. But, thanks to mounting scientific evidence, we do know that ice storms and floods, like those we saw in 2013, will become more frequent. Add a dramatic increase in heat waves and high humidity days and we get a future where climate change will make 2013 look normal.

As a city, we are not ready, as the July floods and power outages showed. We don’t have the right infrastructure in place and we don’t have the human resources to put it in place.

City council needs to start treating climate change preparedness as an important priority instead of a frill.

Lesson 2: Our sewers, electrical systems and urban tree canopy must be made ready for climate change, now.

This infrastructure also includes our urban forest. While many see trees as the cause of power outages during the ice storm, trees are a key solution to preparing us for climate change. During the summer, trees provide important shade and absorb heat and water. They clean the air and draw greenhouse gases, which cause climate change, out of the atmosphere. We need to invest, now, in growing and maintaining the health of our urban forest.

City council needs to set aside money — starting in the 2014 budget — to prepare our infrastructure and allow city staff to develop a comprehensive climate change preparedness plan. We cannot afford to wait.

Lesson 3: Paying to clean up the mess caused by severe storms is much more expensive than investing money now in getting our public infrastructure ready for climate change.

Homeowners know that repairing a leaky roof before it does serious damage inside the house is the cheapest and smartest option. Had the city invested in proper tree maintenance instead of cutting services to fund tax cuts, the number of power outages would have been reduced. The longer we delay in getting our fragile public infrastructure fixed, the more damage it will do to public and private property. Investing tax dollars to get our city infrastructure in shape will save us huge amounts of money — as well as pain and suffering — in the future.

Keeping taxes and hydro rates low may appear to save people money. But, as 2013 made clear, failing infrastructure and too few people and equipment cost Torontonians significantly more than any savings we may have received on our hydro and tax bills.

City council must raise taxes so that it can invest in getting the city ready for climate change. It must also ask the province to allow Toronto Hydro to raise hydro rates so that our public utility can get our electrical system ready. To repeat: every tax dollar we invest today will save us many more dollars in the future.

Lesson 5: Government is vital to getting us back on our feet. 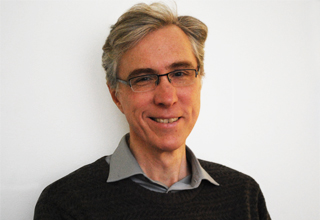 Fall 2013 saw Torontonians (and the world) shaking their heads at what was happening at City Hall. Many started questioning the usefulness of government. But when disasters like the flood and ice storm hit, we turn to our government to get us back on our feet.

We need city council to show leadership and make the investments today to help prepare us for tomorrow.