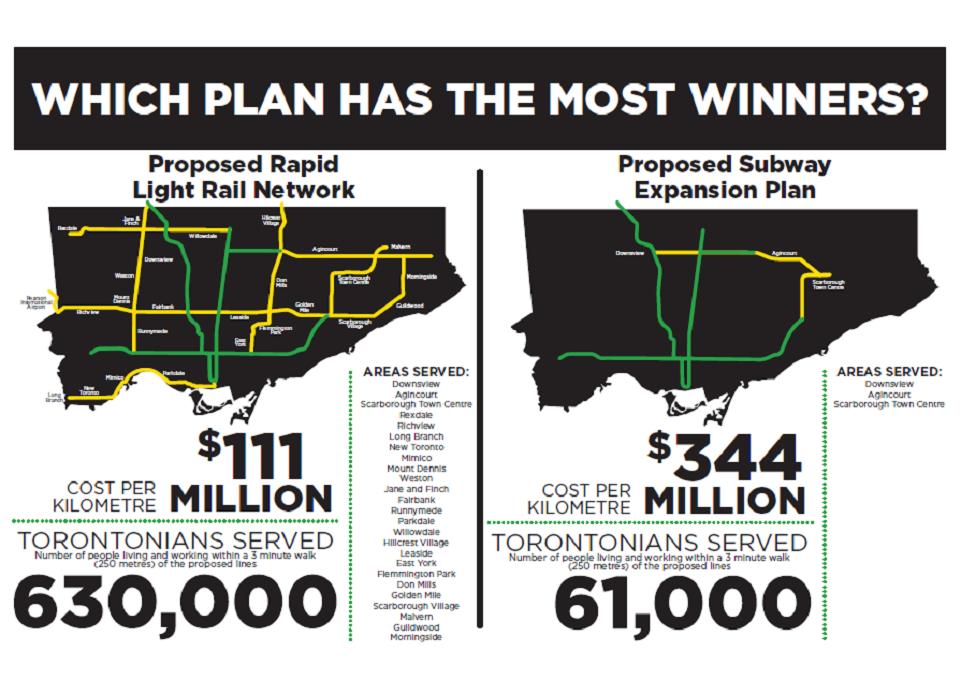 Toronto City Council will soon be considering two, very different transit expansion plans; one that will build a network of light rail transit lines to all four corners of the city, and the other that relies on subway expansion.

To help Torontonians, TEA created a map which neighbourhoods would benefit from the 8 light rail transit lines vs. subway expansion along Sheppard Ave. and the Scarborough RT

Light rail transit is also better for the environment (see TEA's report below), and is better for taxpayers: light rail costs less per kilometre at $111 million versus $344 million per kilometrefor the subway plan.

The information on the map comes from a report called “Making tracks to Torontonians: Building transit where we need it” released by the Pembina Institute. The report provides a detailed comparison of the light rail transit expansion plan adopted by the City of Toronto and the Province and the proposed subway expansion plan.

Light Rail Transit LRT Subway TTC PUBLIC TRANSIT
Do you like this page?