Meters prove not so smart 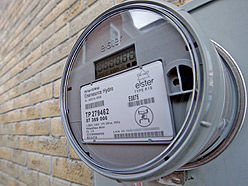 They promised smart would be cheap, but so far it's proving more expensive.

Most Toronto Hydro customers who've been on smart meters and time-of-use (TOU) pricing the longest have actually seen an increase of up to $3 per month.

The cost of the meter itself also adds an extra $3-$4 a month to local utility bills.

"Most people are seeing an increase," Toronto Hydro spokesman Tanya Bruckmueller said of the 10,000 customers who've been using smart meters the longest -- since July.

"The answer is, most people are keeping their behaviour the same or not shifting."

When Premier Dalton McGuinty's government introduced legislation in 2005 to install smart meters across the province, the Ontario Energy Board estimated the plan would cost consumers $1 billion.

McGuinty and his ministers assured the public the new, hi-tech meters would save consumers money and promote energy conservation by allowing customers to track power usage hour by hour and to purchase electricity for household uses, such as laundry and dishwashing, when it was cheapest.

"Smart meters, together with more flexible pricing, would allow Ontarians to save money if they run appliances in off-peak hours," the premier said in April 2004.

Then-energy minister George Smitherman estimated last May time-shifting could save people 3%-5% on their monthly bill.

Toronto Hydro now says, so far, that's not the case.

"The key to keeping your bill level or decreasing is a combination of conservation and shifting,"

Bruckmueller said. "To do one or the other isn't necessarily going to save you any money."

Toronto Hydro found the actual difference in smart meter bills -- up or down -- is quite small.

For 72% who saw their bills rise, the average monthly increase was 90 cents.

For the roughly 27% who saw decreases, the average was 29 cents per month.

The utility has now installed 615,000 smart meters for almost all of its 630,000 residential and small-business customers, and is gradually switching them over to TOU pricing -- where peak periods in daytime or early evening will cost twice what the off-peak or weekend hours cost.

"If you do most of your heavy usage -- your laundry and your dishwasher after hours -- you will probably flatten your bill, but if you also participate in conservation, you will definitely see a decrease," Bruckmueller said.

In terms of capital costs, Toronto Hydro expected the program to cost $164 million, but it'll likely come in under that amount.

Amy Tang, spokesman for Energy Minister Gerry Phillips, said the cost of buying and installing the meters is now $125-$130. At that price it would cost $468 million to meet the province's goal of 3.6 million smart meters by 2011, all of which is being recovered from customers.

"The smart meters are more about creating awareness of energy use, rather than helping people to save money," Tang said. "It's about creating a culture of conservation."

The meagre returns are no surprise to Progressive Conservative energy critic John Yakabuski.

"We questioned the logic of this from the get-go," Yakabuski said.

"In theory it is possible to save money, but you would have to live a pretty regimented life."

Peter Tabuns, energy critic for the NDP, said the meters will have a minimal impact on electricity demand.

"It won't change people's behaviour and it won't change the problem the Liberals say they're trying to address, which is demand at peak periods," he said.

"If you really want to save power and protect the environment, you would invest in energy efficiency."

But Franz Hartmann, executive director of the Toronto Environmental Alliance, said it's still too early to pass judgment.

"It's going to take a bit of time to develop the culture," he said. "It's like recycling. When recycling started, people kind of went, 'Oh, I don't know,' but now everybody does it by habit.

"It took a bit of time and eventually people got there."

ON THE METER: Facts about the time-of-use devices

About 10,000 Toronto Hydro customers have been on time-of-use pricing since July:

- About 72% have seen monthly bill increases of up to $3. The average increase is 90 cents.
- Roughly 27% have seen monthly bill decreases of up to $3. The average decrease is 29 cents.
- Toronto Hydro has about 688,000 customers, of which 630,000 are residential or small businesses. Of those, 615,000 now have smart meters. Almost all of the remainder are delayed only because of access issues.
- Customers are being added to time-of-use pricing every few weeks and eventually everyone will move to the new rates.