New Bylaw Forces Businesses To Divulge Use Of Toxic Chemicals 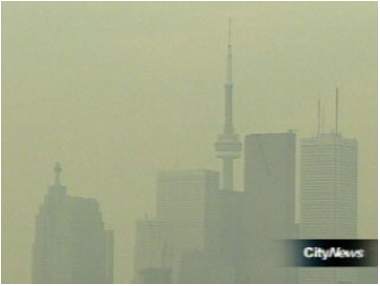 Pretty soon you’ll be able to track just how many harmful chemicals your local dry cleaner, auto body shop, printer or medical lab uses and releases into the environment.

As of this month certain businesses are required to hand over information about their use of nasty chemicals as required under a new bylaw - the first of its kind in Canada on the municipal level - that affects only certain outlets now, but will soon cover small companies in several sectors.

The city plans to phase in the new ChemTRAC program as part of the Environmental Reporting and Disclosure bylaw. The measure took effect January 1st and forces businesses to divulge data on their use of 24 different toxic chemicals. Many of them, including benzene, cadmium, tetrachloroethylene and formaldehyde, are considered human carcinogens.

While chemical tracking systems are in place on the provincial and federal level for larger operations, Toronto is the first city in the country to track these substances among small businesses, Rich Whate, spokesman for the local public health unit, told CityNews.ca.

“The ultimate goal is to reduce their use and release so there are fewer in the environment,” he said.

them publicly available really does reduce them significantly without having to outlaw them.”

Franz Hartmann, executive-director of the Toronto Environmental Alliance (TEA), is very pleased with the bylaw – a move his group had long been pushing the city to adopt through its Community Right To Know campaign.

“We want to keep businesses and manufacturers in Toronto because that’s how you make a vibrant city, but at the same time they have to clean up and this is a tool in the toolbox that will help them move towards that.”

Steam Whistle on Bremner Boulevard says it welcomes the bylaw and spokeswoman Sybil Taylor said the beer maker has been on board with the idea for some time.

“To us, this bylaw is about the bigger picture, of being aware of how you impact the environment and making choices every step along the way - ingredients, packaging, cleaning products, even fuel,” Taylor said.

Instead of using harsh cleaning agents, the brewer reverted back to rubbing vinegar on its tanks to keep them shiny. Taylor also noted the painted labels on the company’s green bottles are easier on the environment.

“So we aren’t introducing glues into our cleaning water that comes out of the bottle washer. There’s no glue, there’s no paper pulp, there’s no ink from the paper labels or varnishes,” she said.

The next stage includes chemical wholesale; dry cleaning; laundry services; funeral services; waste management; medical and diagnostic labs and auto repair and maintenance. They start tracking in 2011. The final phase encompasses all other businesses that begin tracking chemical use in 2012.

“Most of [the chemicals] end up in the air. What you have in that list of chemicals are things that we found in Toronto’s air and the way they get there is by evaporating like printing ink, or they’re released, either intentionally or accidentally as a byproduct,” Whate explained.

Penalties for not reporting or handing over false information include fines starting at $5,000 for a first offence and up to $100,000 for a third or subsequent offence.

During the adjustment period, the city plans to give businesses the benefit of the doubt, before officials really crack down.

Certain businesses have been exempt from the bylaw, including retail outlets, medical and dental