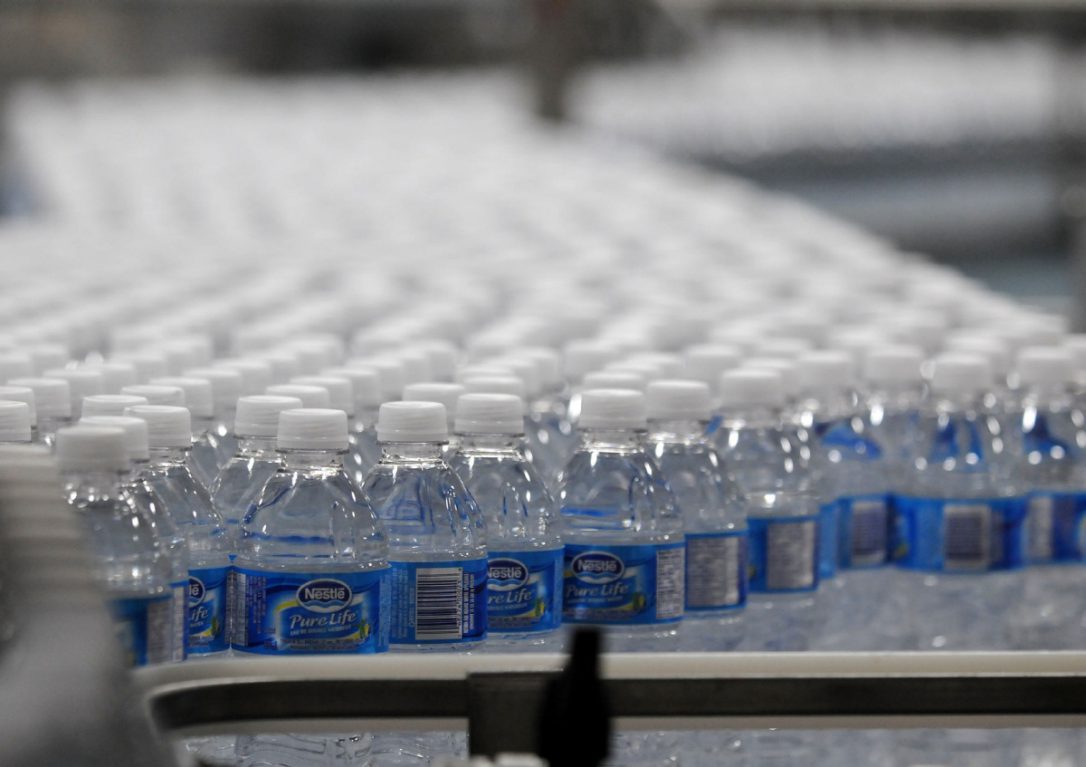 Despite having access to a municipal water supply, Statistics Canada has estimated that almost one in five Toronto area households drank primarily bottled water in 2015.

The survey results, which were included in a data report focused on the environment released last week, show bottled water was the main source of drinking water for close to 20 per cent of GTA homes between 2009 and 2015, after dropping down from 34 per cent in 2007.

Meanwhile, just eight per cent of households in the Ottawa area and 36 per cent in the Windsor area were estimated to rely primarily on bottled water in 2015. Though, Statistics Canada notes that the estimates for both Ottawa and Windsor are less exact than the estimates provided for Toronto.

Water advocate Maude Barlow said she finds the statistics “disturbing” but not surprising.

“People have bought into the myth, largely promoted by the bottled water industry that our tap water isn’t safe,” said Barlow, who is also the honourary chairperson for the Council of Canadians.

With a few exceptions, tap water in Canada is “very safe,” she said.

While that does include tap water in Toronto, at least 31,000 homes in the city still have lead water pipes, which can contaminate clean drinking water flowing from the city’s water treatment facilities before it reaches the tap.

For Adam Wynne and his roommates, who discovered the tap water in their Little Italy rental had lead levels almost 10 times higher than the national recommended levels, that’s meant a new reliance on bottled water.

“I have very mixed feelings over it because I personally have always tried to avoid using plastic bottled water,” said Wynne. “It’s just very wasteful.”

He and his two roommates are going through about 20-25 four litre bottles of water a week for drinking, cooking, and personal hygiene like washing their faces and brushing their teeth.

Until they install a water filter or their landlord changes the pipes the alternative is drinking water contaminated with lead.

Wynne’s worried now that more people may turn to bottled water when they hear concerns about lead pipes in Toronto. For most people, though, it shouldn’t be a concern. Only homes built before the mid-1950s might have lead pipes.

Households in similar situations to Wynne and his roommates might account for some of the bottled water drinkers in the Toronto area, but not all of them, said Barlow.

While a UN resolution in 2010 recognized the human right to water and called on governments around the world to provide it, Barlow is concerned some people may want to stop paying for public drinking water if they become too reliant on bottled water.

At the same time, disposable plastic water bottles are having a shocking impact on the global environment, with many bottles polluting lakes and oceans around the world.

Franz Hartmann, the executive director of the Toronto Environmental Alliance, said he’d like to see bottled water companies take responsibility for their waste through a deposit return system.

“I wish the companies that provided bottled water behaved as responsibly as the Beer Store,” he said.

At the time Premier Kathleen Wynne questioned the prevalence of bottled water.

“Do all of us need to be using bottled water? I think we need to have a bigger look at the whole industry, and our role in regulating it,” she said.

Hartmann said he believes fewer people would drink bottled water if there was easier access to tap water where they “live, work, and play.”

Things are moving forward, he said.

“Torontonians are becoming more conscious and understand we’ve got great water here in the city, let’s make sure we have easy access to it wherever we are.”

With files from Robert Benzie