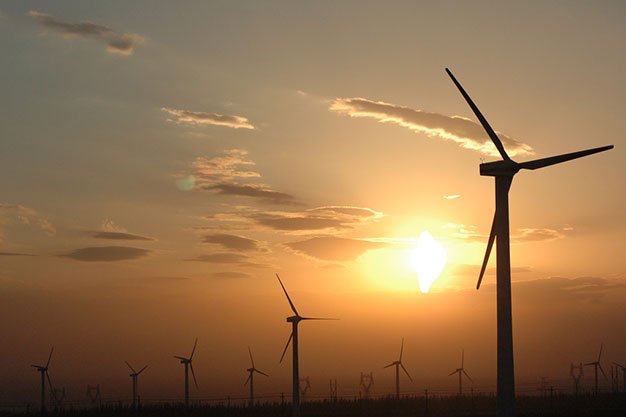 Five years after Ontario pulled the plug on offshore wind installations, including a 130-turbine project in Lake Ontario, a NAFTA tribunal has ordered the province to fork over $25 millionin damages plus $3 million in legal costs to Windstream Energy LLC, kicking up gusts of mixed reaction from environmentalists and trade activists.

The province had contracted Windstream to deliver its 300 MW project, enough to power about 100,000 homes, in Lake Ontario near Kingston. It would have been up and running by last spring if Ontario hadn’t announced a moratorium on offshore wind development in the heat of an election battle back in 2011. The moratorium also nixed a Toronto Hydro proposal for an offshore wind farm – 60 turbines spread over a 25-kilometre stretch from Ajax to the Leslie Spit – after blowback from locals that the project would mess with the view.

Much like the province’s cancellation of renewable projects last month – ostensibly to rein in rural resentment over rising hydro bills – the moratorium was seemingly motivated by votes.

At the time, the province said it needed to study whether offshore wind is environmentally safe, even though Sweden and the Netherlands had already had offshore wind farms for two decades.

But it wasn’t the first time the province short-circuited plans for offshore wind farms for the sake of a few votes. Ontario also nixed a proposal by Trillium Power Wind Corp to build four offshore wind projects near Prince Edward County in the run up to the 2007 election.

Toronto Environmental Alliance executive director Franz Hartmann says wind turbines can be damaging to wildlife. But opposition to such projects are usually "based on fear-mongering – inaccurate information that wind has [a harmful impact on] people’s health and the environment.” It’s all about whether they’re properly sited.

Hartmann says TEA had no qualms about Windstream’s project.

“From an environmental perspective, the tragedy here is that $25 million that could have been spent on creating a renewable energy system is gone out the door,” he says.

Whether that $25 million should have been awarded in the first place is another story. Usually when a foreign company uses NAFTA tribunals to sue us for cancelled projects or shifting regs, we boo. Loudly.

But can enviros really condemn NAFTA for siding against the province on this one? Love offshore wind or not, Council of Canadians’ Maude Barlow argues that any trade deal that allows a foreign company to sue for lost profits has to be denounced. Open the door to one investor-state lawsuit and you can get sued, as Canada has, for banning toxic chemicals or bulk water exports.

Says Barlow, “This challenge should have gone to a Canadian court and not to an arbitration panel that favours foreign investors over domestic companies.”

For its part, the province stands by its decision to place a moratorium on offshore wind and says the research into its possible health concerns continues.

In a statement, a spokesperson for the Ministry of Energy says, “Ontario continues to take a cautious approach to offshore wind, which includes finalizing research into decommissioning requirements and sound propagation over water to make sure that any potential future proposals can be developed in a way that is protective of both human health and the environment. We will continue to prudently rely on available scientific research as well as the lessons learned in other jurisdictions on the development of offshore wind energy.”

Those lessons can’t be learned fast enough. Trillium Power is suing the province for half a billion dollars in losses over its 2011 moratorium. The OPP announced in May that it’s investigating whether the government destroyed electronic records related to the contract, adding to Ontario’s growing green energy confusion.