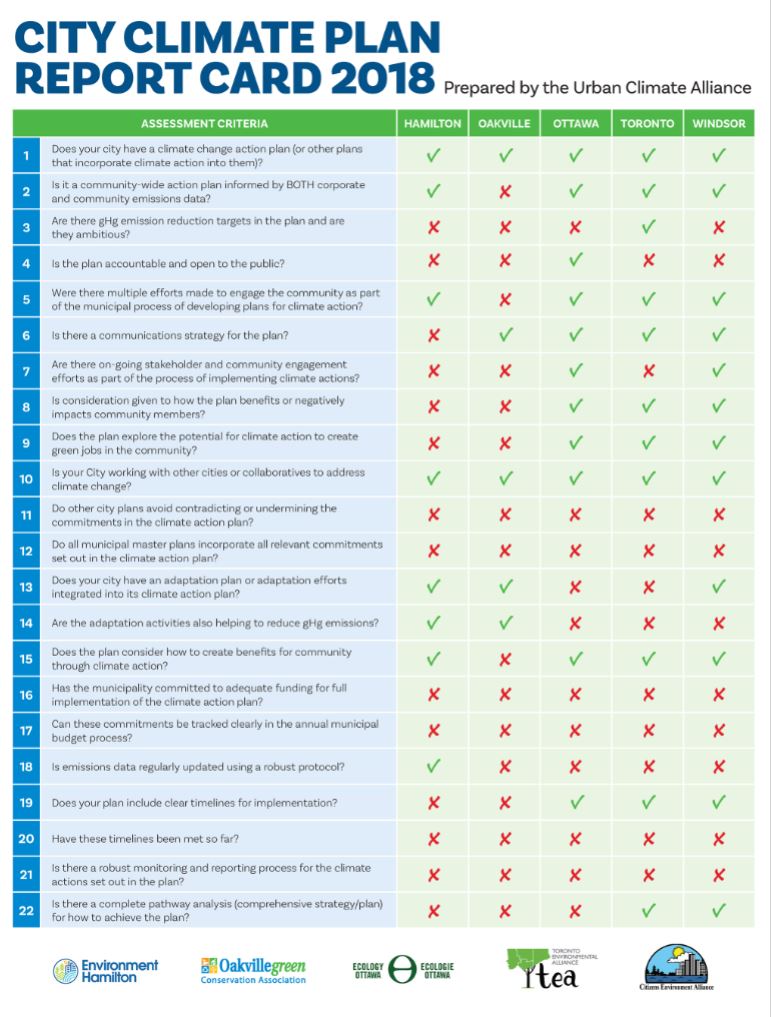 Each of the Urban Climate Alliance groups - including the Toronto Environmental Alliance (TEA) - undertook a detailed analysis of climate action planning in their municipality. The result of this collaborative analysis is the first UCA City Climate Action Plan Report Card.

While all five cities already have climate action plans, the report shows these 5 cities are failing in some key common areas, including:

While Toronto’s own climate plan was a bold strategy that took a strong co-benefits approach, it has been chronically underfunded, delaying fully implementing the plan.  Similarly, the other four cities have also faced delays in funding climate action.

The Province needs to properly use the tools at its disposal, like carbon pricing, to help cities implement their plans.

About the Urban Climate Alliance (UCA)

The Urban Climate Alliance focuses on local engagement and solutions to climate change. For over 3 years, most recently with the support of the Echo Foundation, we have been learning from each other, exchanging best practices, teaching each other new skills and helping each other solve problems.