Windows on the Lake

In the rapidly densifying community of South Etobicoke, the windows on the lake offer an escape with beautiful vistas and public green spaces.

South Etobicoke is a rapidly developing area, which could contribute to sections of poor air quality in the ward shown on TEA’s interactive map, but it is not devoid of all green space. Ward 6 is not only home to a number of parks, but also small pieces of preserved heritage views of Lake Ontario on Lake Promenade and Lakeshore Drive. These “Windows on the Lake” provide the community access to waterfront land that is scarce in neighbourhoods filled with large houses on the shoreline.

These small windows are easily missed as you are driving down Lake Promenade or Lakeshore Drive, but they can be a breath of fresh air if you become tired of the cars and construction in the area. Some are designated as parkettes by the city, and marked with clear signs, but others are unmarked sections of grass and trees allowing for a beautiful view of the lake. You can access every window and parkette by walking, biking or running along the waterfront trail making it a great spot to rest. 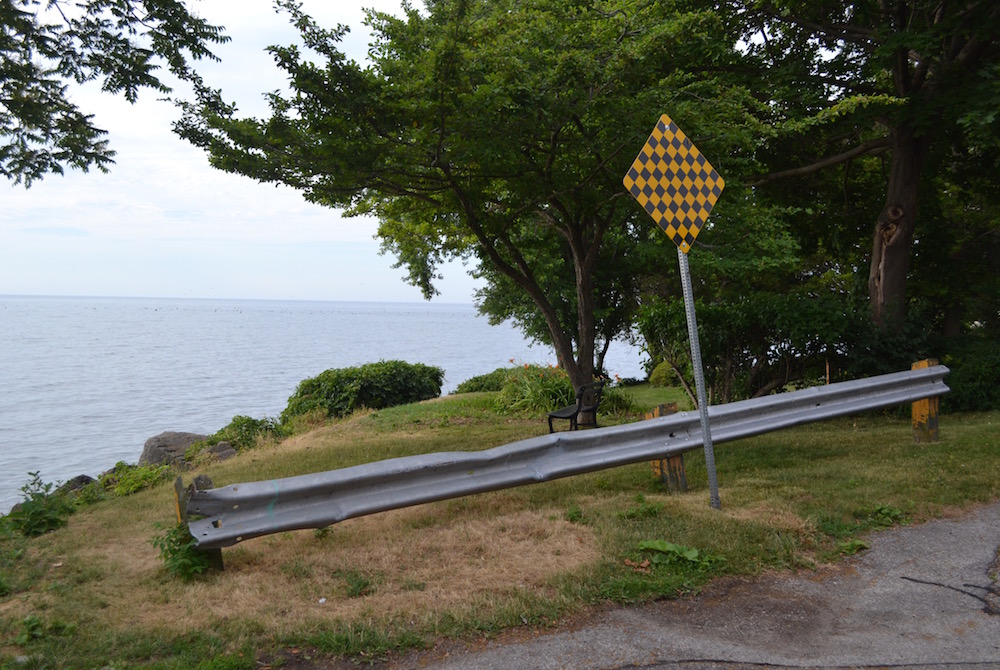 Not all of the windows are officially designated as parkettes by the city, but they are preserved land that are recognized as important natural areas. Issues have arisen in the past several years because boundary lines between personal property and city land are somewhat unclear, so they are not strictly enforced.

Some members of the community, most recently WAVE (Waterfront Access and Views for Everyone), a group formed on fourth street in New Toronto, want the windows on the lake to be designated as parkettes and the city to provide support through funding. They believe supporting Windows on the Lake with funds would be beneficial for the community as it could result in benches, or recycling and garbage bins, as well as discourage people from encroaching on public property.

With additional support from the city, the windows on the lake can become a much more inviting community space that would allow residents to take advantage of these beautiful escapes.