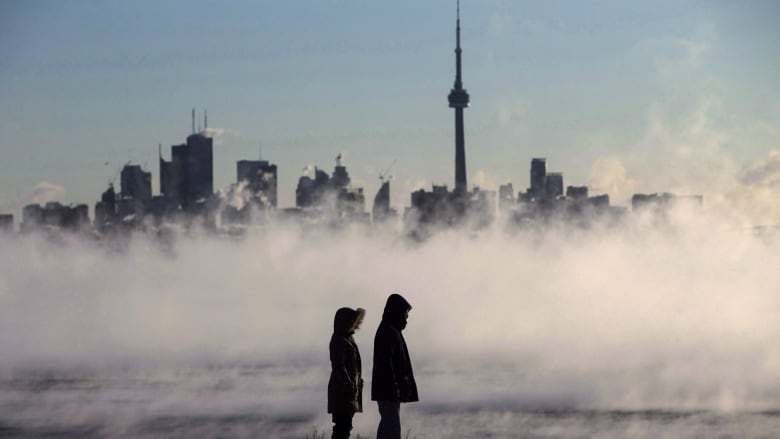 Toronto is targeting a 65 per cent reduction in green house gas emissions by 2030, and the achievement of net zero by 2050. (Mark Blinch/The Canadian Press)

The city's proposed 2021 budget designates $11.8 million in funding for Toronto's Environment and Energy Division, a decline from the $14.4 million projected before the COVID-19 pandemic upended the city's finances.

The creation of a detailed strategy for Toronto to reduce greenhouse gas emissions has also been delayed, along with several other projects launched when the city declared a climate emergency in late 2019.

"If it's a climate emergency, then it's got to be prioritized," said Lyn Adamson, co-chair of the advocacy group ClimateFast.

"We can't afford to lose a year, lose two years. We have to act now."

The proposed reduction in funding for climate change initiatives and the delay of plans to support those goals come as the city grapples with a historic strain on its finances brought on by the pandemic. Toronto city council meets on Thursday to finalize and approve the 2021 budget.

But critics say the city must do more to keep up with the climate targets it has already declared, despite the financial impact of COVID-19. Toronto has committed to reduce greenhouse gas emissions by 65 per cent by 2030 and to achieve net zero emissions by 2050 (Figures based on 1990 levels).

Those goals and preliminary strategies for achieving them are laid out in TransformTO, Toronto's climate change strategy.

"Unfortunately I think what we're seeing is a bit of a disconnect," said Emmay Mah, executive director of the Toronto Environmental Alliance. "And where that disconnect seems to be coming is in funding levels." 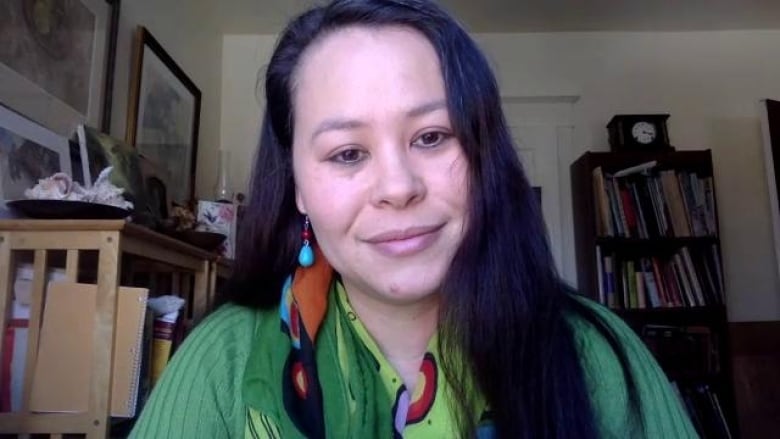 Emmay Mah, executive director of the Toronto Environmental Alliance, says the city risks failure on its climate change targets if it puts off funding for too long. (Zoom)

Mah pointed to other funding decisions in the 2021 budget, such as the commitment of $2 billion to transform a portion of the Gardiner Expressway, as evidence that Toronto could find the money to support its climate goals if it chose to do so.

"If we're perpetually behind and we're never actually catching up to the concrete realization of commitments, then that's not very promising for staying on track for the city's 2030 target," Mah said.

McKelvie, Mayor John Tory's designated Environment and Resilience Champion and the chair of the city's Infrastructure and Environment Committee, identified $611 million in the proposed budget for projects that will combat climate change.

"We're starting to transform the way that we're doing climate change and resilience work across the city," said McKelvie.

She added that Toronto is taking a more "holistic" approach to its climate planning, and later pointed to the future construction of community centres with a net-zero carbon footprint and storm water management upgrades as projects that will make a significant difference.

The long-term plan to achieve net-zero emissions across the city was delayed because staff were redeployed during the pandemic, McKelvie explained. She expects work on the plan to resume this year.

"[City staff] have made a very strong commitment to get back on track and issue it in [the fourth quarter] of this year," McKelvie said.

A 'green' recovery needed after COVID-19

Finalizing that plan and others, such as strategies to secure sustained climate funding and to create more low-carbon jobs, must accelerate, advocates say.

Mah warned that a report that arrives toward the end of 2021 may not give the city enough time to incorporate the plan even in the 2022 budget.

By then, the city could be wasting valuable time in its pursuit of the 2030 reduction target, she argued.

"What we really want to see moving forward is a catch-up on these climate commitments and a look at how we integrate climate action into the recovery process," Mah said.

A "green and just" recovery is described as a pillar of the city's recovery from COVID-19, according to Toronto's Office of Recovery and Rebuild, a special department launched during the pandemic.

According to a report by the office, Toronto "should continue to address climate change" and "ensure the momentum and ground gained through past strategies are not lost," as the city emerges from the pandemic.