As the cost of owning a giant garbage bin doubles, it’s time to educate ourselves on efficient recycling and composting. 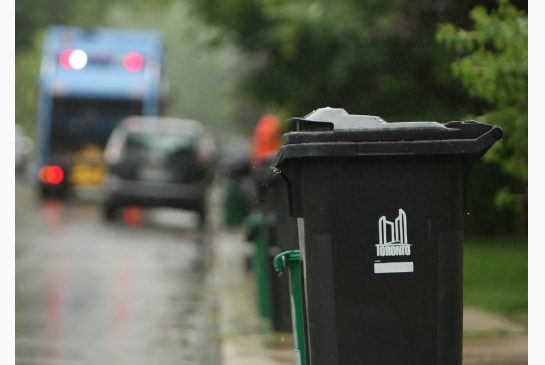 In response to Wednesday’s column that ridicules Toronto residents for throwing away good money on monster garbage bins, when the smallest ones are all we need, a reader writes:

“Methinks you started a downsizing of the bin revolution. I just did!!! Thank you.”

My pleasure, Peter. You and a whole number of people are making the change — free of cost.

It’s one of the biggest teachable moments to come around in years, even as waste diversion rates are stalled at 55 per cent, way short of the 70 per cent city target.

If waste reduction is the true goal, Mayor John Tory (open John Tory's policard) will seize the moment to educate the city on the latest list of recyclables — all the stuff you can fish out of your garbage bin and have the city pick up for free.

It’s a sure-fire way to save the environment, reduce your trash to half a bag a week, and save a whack of cash.

To recap: City council approved new garbage collection rates this week. Recycling, composting, yard waste, appliances, toxic goods and bulk waste are all collected at the curb for free. The city takes a bunch of other materials at the transfer stations.

What you pay for is the “garbage” — the non-recyclables, non-organic stuff — you put in the bins.

It doesn’t matter if you fill the bin; you still pay. In fact, it’s near-impossible to fill The Hog — the equivalent of nearly five standard garbage bags — unless you are dumping stuff the city will pick up for free.

Astonishingly, city audits show that two-thirds of the stuff you pay to be picked up can be picked up free. You are throwing away money — while complaining about high property taxes.

Franz Hartman, of the Toronto Environment Alliance, pointed this out following approval of the 2015 city budget. Budget documents show the average garbage bin — the one you pay for — contains only 35 per cent real garbage.

The average Toronto household is dumping 200 kilograms per year. Some 129 kilograms of this could have been diverted. The problem, of course, is there is no incentive to really divert if there is room in your big garbage bin that you’ve already paid for.

Until now, it seems. The new rates may finally get our attention.

There’s a message there. Unless you’re bent on dumping your cash, get a smaller bin. The city will exchange it, for free. Call 311. Or go to the city’s website.

Hartman suggests the city expand its education efforts to encourage and motivate citizens to divert waste. It is near-impossible to keep up with the changes on what is allowed in the blue box as recyclables. As the city finds markets for the products, new materials are added to the mix.

The website Toronto.ca/recycle will help, but not everyone even thinks to look. Who knows that empty paint cans and lids are allowed in the blue box?

Few know the difference between an aluminum pie plate (blue box) and aluminum foil (garbage); or that a black garden plant container must go to the garbage bin but other colours are recyclable.

That can’t be true, can it?

Amazingly, 336,154 Toronto households have opted for the three largest bins, thinking they could not survive with the small one. The evidence suggests the majority can — with only a little effort.

Some 110,000 households are living testimony that smaller is cheaper, if not better.

One reader warns that should citizens migrate to the small bins in droves, they will start loading up the blue box with non-recyclables, to make room in their tiny garbage bin.

What’s more certain is that if citizens are reminded just how little of the waste stream is real garbage, they will adjust their behavior, recycle and divert more, and save hundreds of dollars a year.

See the original article at http://www.thestar.com/news/city_hall/2015/03/13/yes-toronto-big-savings-come-in-smaller-trash-bins-james.html