The 2019 City Budget process just wrapped up. Read our analysis on the Budget and what it means for the environment and our campaigns in the months ahead.

While City Council continued to underinvest on issues like climate action, public transit and affordable housing, we also saw a few campaign wins that are worth celebrating.

Our top issue in the 2019 City Budget was funding for TransformTO, Toronto’s climate action plan.  Not only does TransformTO have ambitious emission reduction targets, but it was developed to support other city strategies and initiatives that would reduce poverty, improve housing and transportation, and create jobs. However, since the plan was passed in 2017, TransformTO has been chronically underfunded. 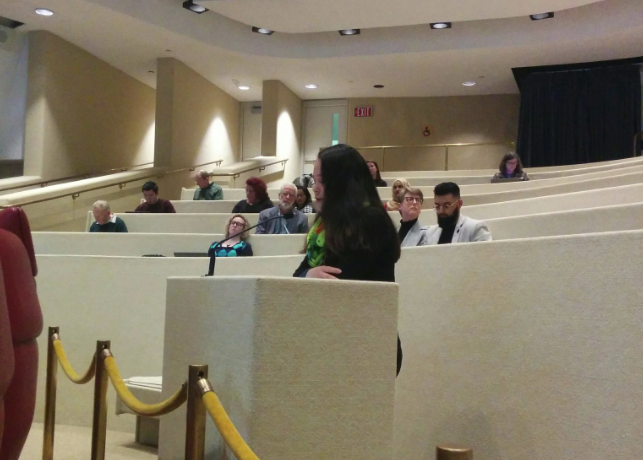 This year, City Council voted to fund TransformTO with an additional $1.46 Million - the bare minimum needed to move the strategy forward. However, to hit Toronto’s emission reduction targets, City Council will have to make much deeper investments to retrofit our old buildings and get the city off fossil fuels through electrification and renewable energy.

That’s why we’re pushing for Toronto to explore new and innovative approaches to fund the climate plan. For example, Portland, Oregon has instituted a “Clean Energy Community Benefits Initiative” – a big business surcharge to pay for clean energy projects and job training.

Do you want to see bold new approaches like Portland's "Clean Energy Community Benefits Initiative" to fund climate action in Toronto? Sign up for our emails for more news and updates on our climate campaign!

Council should start exploring these options this year, so there is a concrete plan to increase investment by next year’s budget.

We had a big win in this year's Toronto Water budget. After years of debate and leadership from Councillor Layton, Toronto will finally make polluters responsible for the costs of cleaning up the polluted wastewater that they release into Toronto sewers! This is an issue TEA has championed for years, from petitioning Councillors at Budget time to making it an issue in our municipal election campaign. Over the next ten years, it will save the city nearly $10 million in costs and encourage companies to reduce pollution. 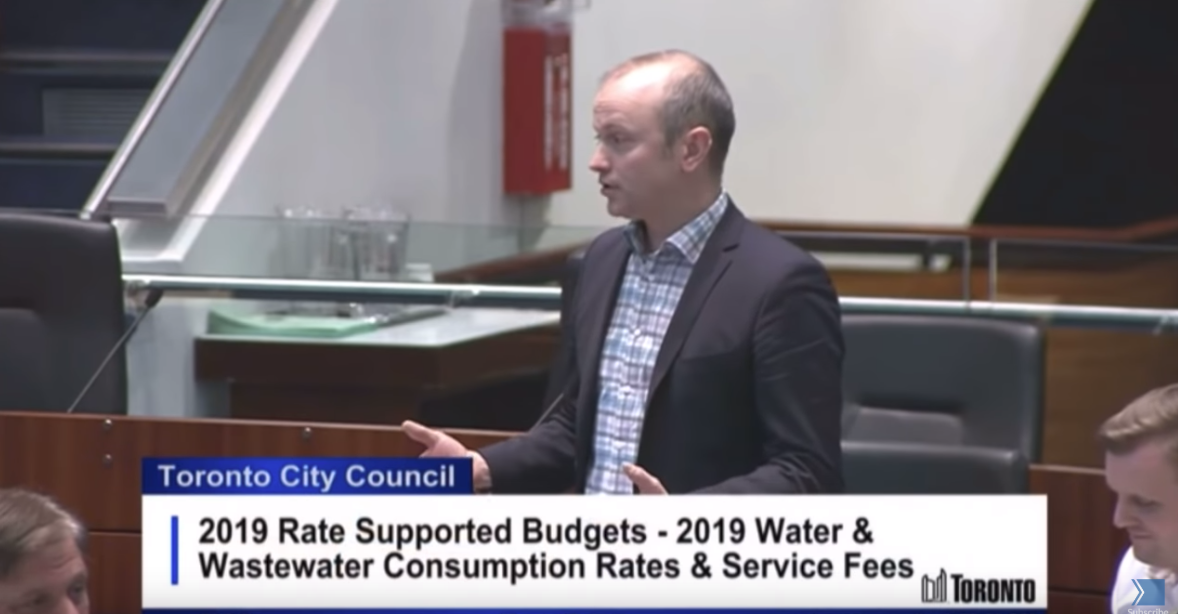 Above: Councillor Mike Layton putting forward this polluter pays motion for the seventh year in a row.

We believe in holding polluters responsible, whether that’s making polluters pay to clean up their water pollution or holding companies accountable for their packaging choices that increase pollution and cost us millions each year.

This year's City Budget had some wins for zero waste, including preventing a cut in the number of Community Environment Days. Instead of hosting just one event per ward, Council voted to have two events in each new double-sized ward to ensure residents will still have access to this important waste service in their community.

Council also created a sustainable revenue source by moving forward with renewable natural gas from Toronto’s Green Bins. By capturing methane that is produced by organic waste, the City of Toronto will create biogas which has 97% less greenhouse gas emissions than diesel and can fuel Toronto’s waste collection trucks! Not only will this help meet TransformTO targets, the money saved from using this renewable gas will also be used to invest in further actions in the Long Term Waste Strategy. (Read more about organics and biogas in our 2016 report on organics and a zero waste path for Toronto.) 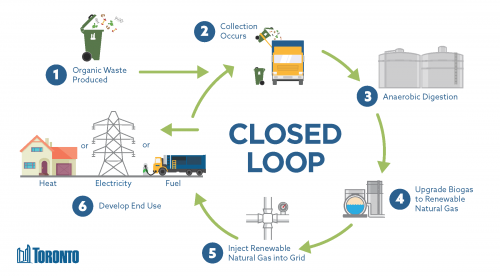 Above: Creating renewable natural gas from Toronto's green bins is a part of a circular economy. (Credit: City of Toronto)

While we saw a few wins in this year’s budget, City Council continues to underinvest in major strategies like the TransformTO climate action plan and the Poverty Reduction Strategy. Council cannot continue to pass ambitious plans and then underfund them. With Toronto's climate adaptation plan ResilientTO set to launch in April, there will be even more budget pressures on Council to prepare Toronto for extreme weather and other climate-related impacts. In the year ahead, TEA will work to push for deeper investments and new funding tools to build a greener city for all.