On Monday evening, more than 150 concerned residents and TEA supporters flooded into a Committee Room at City Hall to show support for Toronto’s new climate action plan. Many people were forced to stand as the room was at capacity, and extra chairs had to be brought in to accommodate everyone. 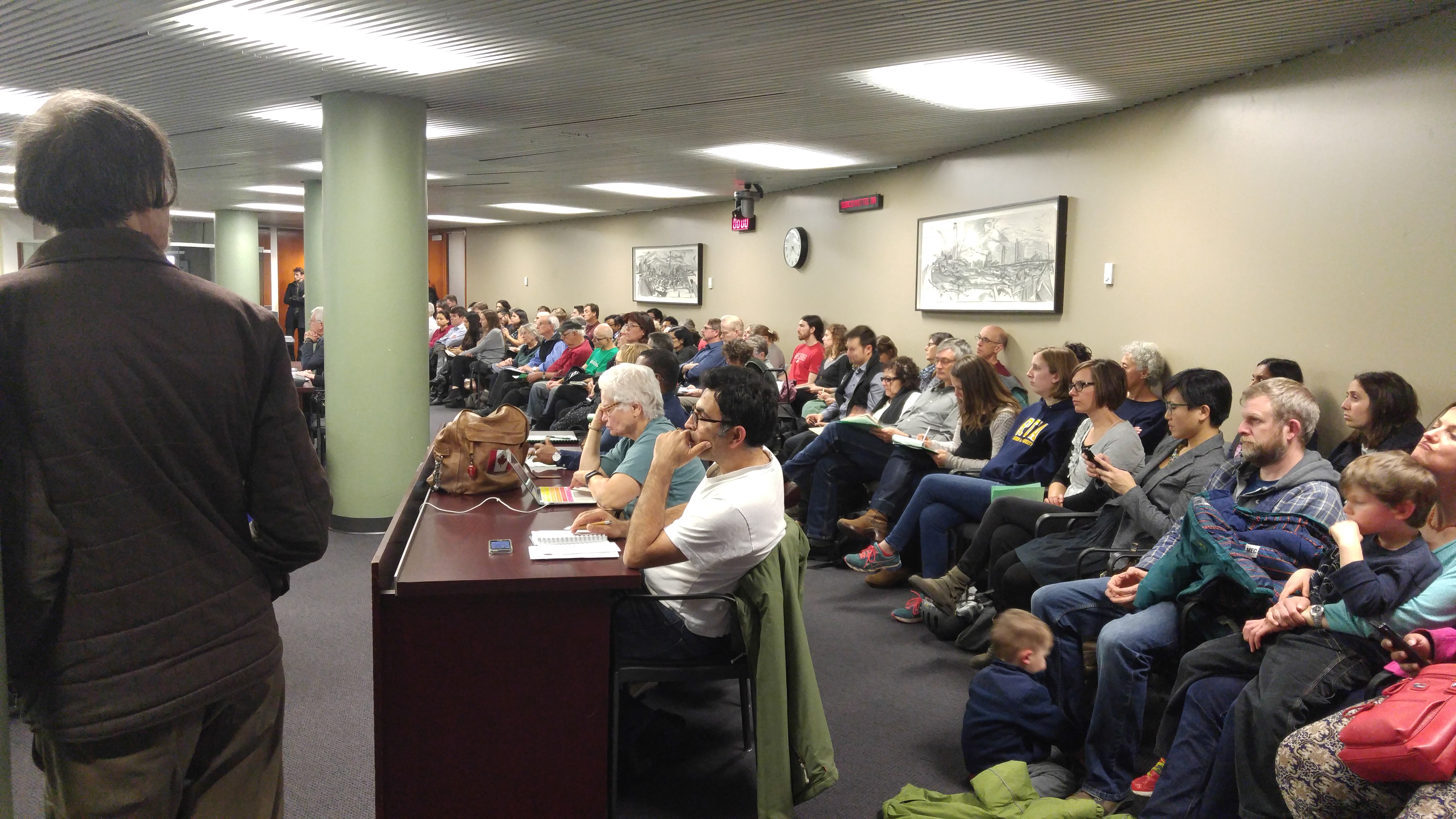 After nearly 2 year of consulting over 2000 residents and community leaders through TransformTO, staff presented the Subcommittee on Climate Change with the first of two reports outlining a new climate change plan for the City. This plan covered the short-term strategies the City of Toronto will implement to achieve their emissions reduction target of 30% by 2020.

At the Subcommittee meeting on Monday, November 14, residents and community leaders were excited to share their ideas to strengthen the new climate action plan. Twenty-five community members, including TEA’s Climate Change Campaigner, Dusha Sritharan, delivered deputations to the committee. All of the speakers highlighted how urgent and important it is to take action on climate change. 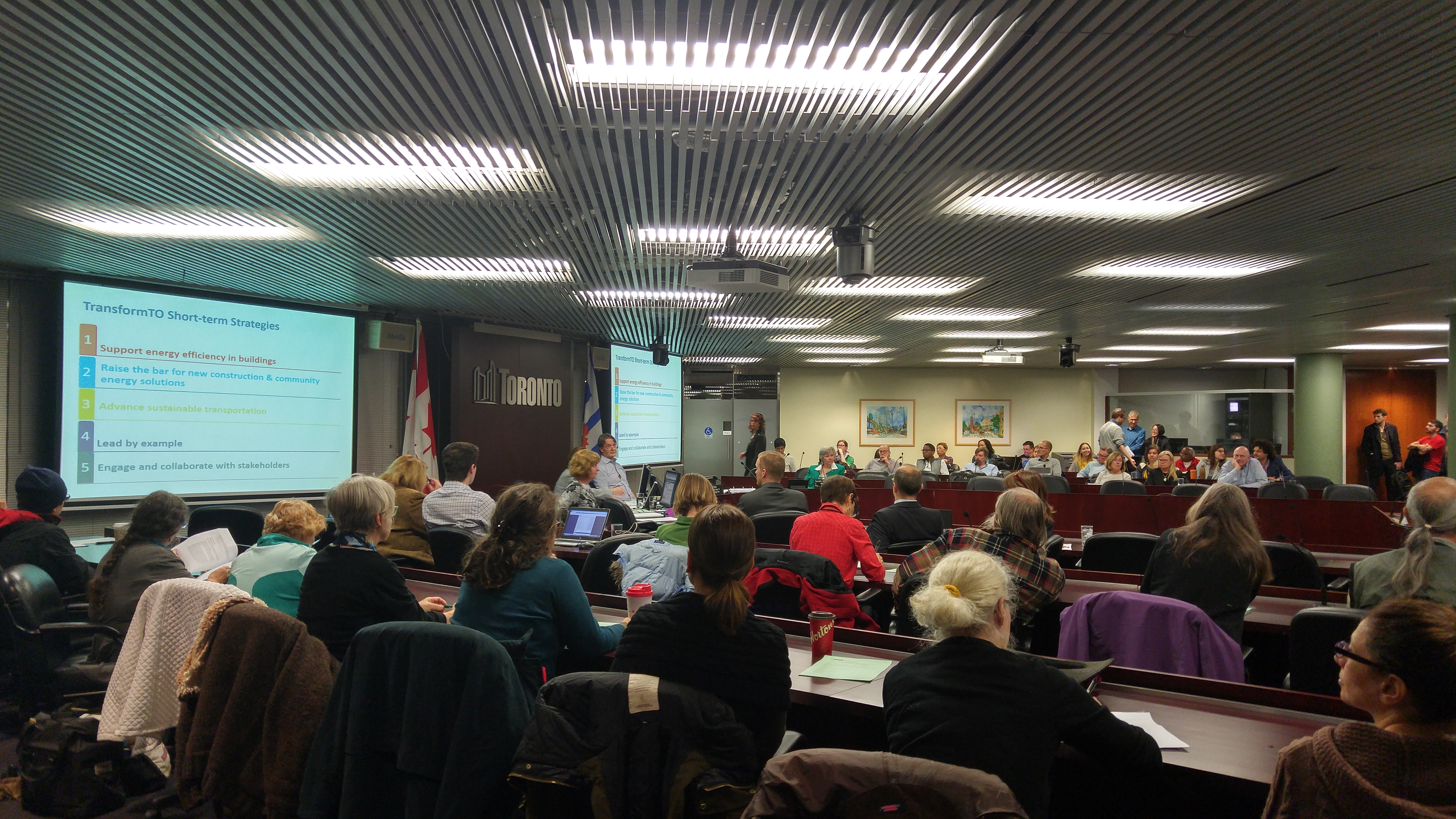 Many of the comments and ideas shared by residents were taken forward by Councillors to the Parks and Environment Committee meeting on Thursday on November 17. Dusha delivered another deputation to the Committee about the importance of ensuring the 2017 budget has new funding to enhance and expand the programs included in the action plan. You can watch Dusha’s full deputation here in the video below.

At both meetings, TEA sent a clear message to Councillors that we need adequate funding to ensure the success of this plan. This helped convince Councillors to set aside $5 million in new money for 2017 for the City’s updated climate change strategy at the Parks and Environment Committee meeting. These funds were not originally a part of the staff recommendations being considered by Councillors.

Although this was a step in the right direction, there are other obstacles we need to overcome.

The new funds will help ramp up certain programs but funding cuts also threaten the success of this plan. The Mayor has already directed all City divisions to reduce their budgets by 2.6% for 2017. This will have an impact on the programs and services being offered by the Energy and Environment Division of the City that are key to reducing our greenhouse gas emissions.

You can stay updated with developments in the climate action plan by signing up for email updates here.