The Great Lakes Are Too Precious to Risk: Editorial - Toronto Star

The Toronto Environmental Alliance was among the 24 Canadian and American groups that signed a joint letter addressed to Environment Canada and the U.S. Environmental Agency calling for action for the protection of the Great Lakes.

Canadian and U.S. authorities must do more to protect the Great Lakes as environmental groups document the threat posed by pollutants. 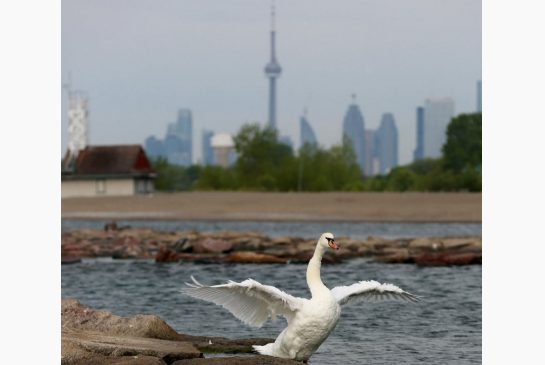 That’s the upshot of a joint letter issued by 24 Canadian and American groups concerned about the environment. Addressed to officials from Environment Canada and the U.S. Environmental Protection Agency, the letter warns of an “alarming” failure to assess and manage hazards, and offers solid recommendations for change. In light of what’s at stake, it’s vital that those in charge of safeguarding the Great Lakes listen.

More needs to be done to deal with a great many chemicals entering the world’s largest surface area of fresh water. The case for action is well supported by compelling new research sponsored by the Canadian Environmental Law Association.

There has been progress on reducing the level of a few well-known toxic materials – such as mercury, DDT, dioxins and PCBs – in Great Lakes water. That’s a welcome development, to be sure. But it’s estimated that there are more than 500 other known chemicals that should be of concern.

If more effort isn’t made to address these, “we will be dealing with less than even the tip of the iceberg when it comes to toxics in the lake — we’ll be focusing on a snowflake on top,” says Fe de Leon, an environmental law association researcher.
Examples of new pollutants that are generating worry include flame retardants widely used in household products; hormones and various endocrine-disrupting chemicals; and microplastics (tiny bits of artificial material commonly used in facial cleansers and cosmetics).

All these are especially difficult to rein in because, unlike toxins spread through emissions from a few industrial sources, they typically enter the water system courtesy of millions of consumers living in the Great Lakes basin. In the jargon of environmental analysts, these problem chemicals tend to be “product-based” rather than from “point-source emissions.”

A new prevention strategy is needed to cope with this challenge. Worthwhile changes recommended by environmental groups include creating:

The overall focus is on identifying and preventing a build-up of hazardous chemicals in lake water before these pose an obvious and destructive threat. It’s not good enough to act after people have been exposed to harmful levels of pollutants, says Lin Kaatz Chary, an expert in environmental health policy.

“We’ve been ‘managing chemicals’ for decades now but they are still turning up in the lakes,” she says in a statement from the coalition. “Prevention, not management, is what we need now.”

Ottawa and Washington would do well to implement these proposals. It’s no exaggeration to say the Great Lakes are a global treasure. Their future is vital to the well-being of millions. And that demands deeper and more vigorous protection.

See the original article at
http://www.thestar.com/opinion/editorials/2015/06/22/the-great-lakes-are-too-precious-to-risk-editorial.html