Council has directed staff to bring back a final report in February 2015 with a map of public lands to be added to the Greenbelt.

This will ensure a healthier Greenbelt and healthier ravines.

TEA started talking to City Councillors about growing the Greenbelt into public lands along the Humber and Don River Valleys back in 2009. Council agreed in principle in 2010, but there was no existing mechanism to add City land. In two weeks (December 2012) TEA collected over 500 signatures to support the needed change in provincial legislation, enacted January 2013. 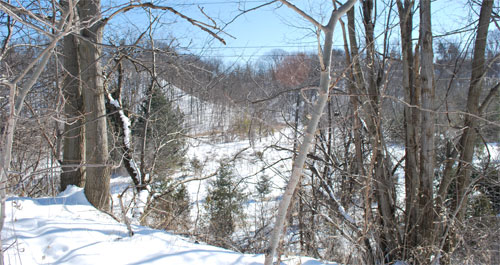 To help move the process forward, TEA collected over 3,500 letters of support from Torontonians to City Councillors asking them to take action. (June to December 2013)

“Council has made it clear they want to grow the Greenbelt into Toronto,” said Franz Hartmann, Executive Director of TEA. “The next and final step will be to report back to Council in February 2015, with an exact map of which public lands to include.”

See a complete Timeline for the Greenbelting Campaign.