The march for Jobs, Justice and the Climate brought together over 10,000 concerned activists from over 60 groups and organizations to the streets of Toronto on July 5th. 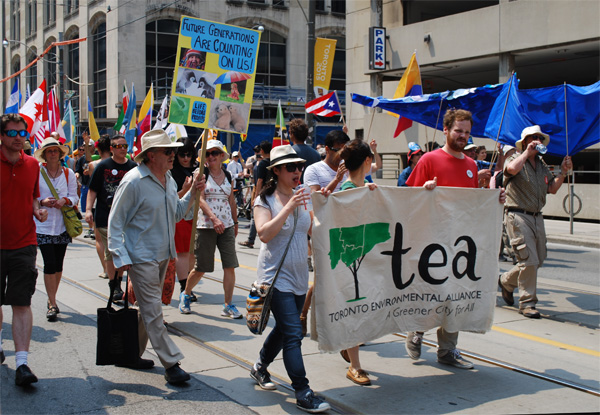 TEA was there and proud that our vision of "a green, healthy and equitable city with economic activity that sustains our environment" was receiving widespread support through a collective call for a just and equitable society built with green jobs and powered by clean energy.

The march brought together frontline Indigenous communities, Canada’s largest unions, students, social justice organizations and grassroots activists. The message was clear: the people of Canada are ready for a new economy that works for people and the planet.

Franz Hartmann, TEA's Executive Director, also had an opportunity to meet activist and actor Jane Fonda who was there to add star power to the march. "She was extremely gracious," said Hartmann. "She thanked TEA for our ongoing work in Toronto to build a city that reflects the values of those at the march." 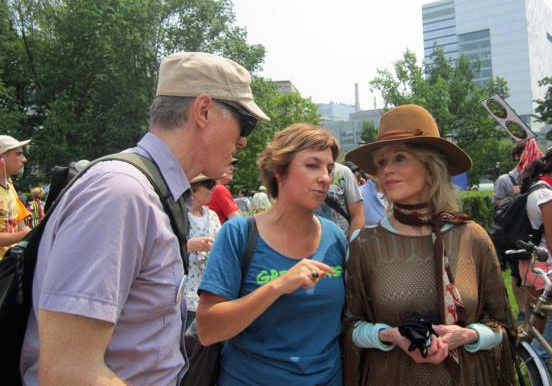 Naomi Klein, author of This Changes Everything, and Bill McKibben, climate author and activist, worked with 350.org to organize the campaign.   David Suzuki joined Jane Fonda and added their expertise and celebrity power to support the march.

2015 is a critical year for action on climate change:

Stay tuned for how you can help.