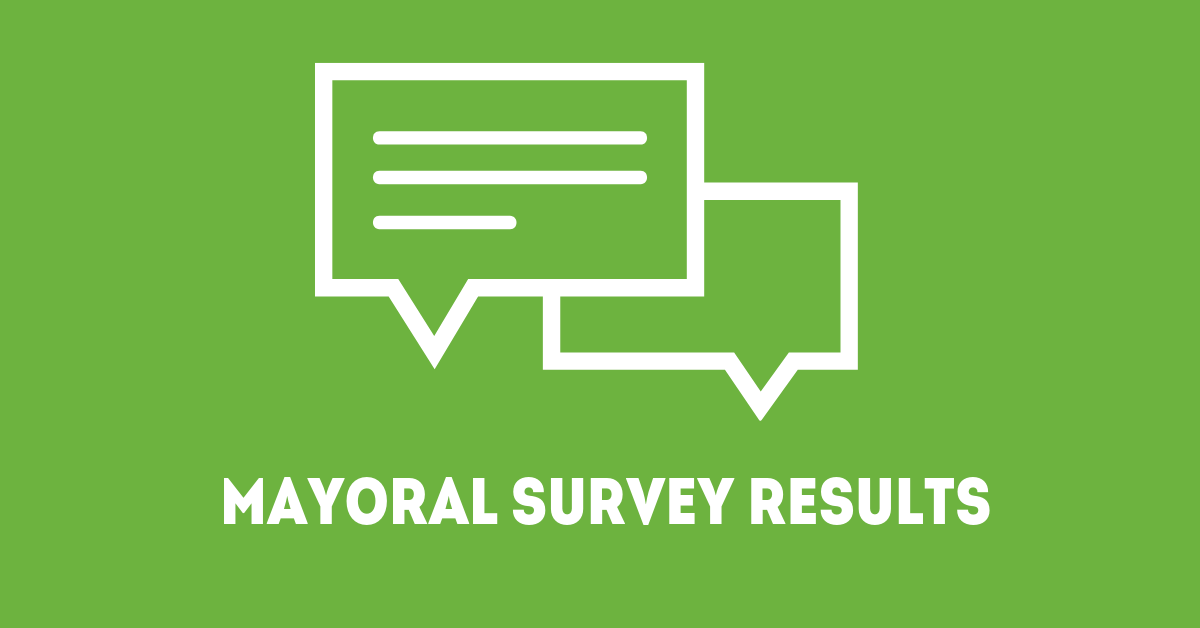 Summary and Analysis: What the Candidates Said

The great news is that there was widespread support from mayoral hopefuls on environmental issues that TEA consistently draws attention to at City Hall. There was widespread support from candidates to take action on climate change in two key ways: by financing TransformTO to meet our pollution reduction targets and implementing a new adaptation strategy to make sure Toronto can handle the stresses of extreme weather. There was unanimous support from candidates to take on the waste woes of our city including a willingness to tackle problem plastics and pass new rules to speed things up.

Premier Ford’s decision to reduce the size of City Council to 25 Councillors instead of the approved 47 Councillor model has drawn widespread criticism and concern from community-based organizations including TEA. The good news is that there is strong support from mayoral candidates to push back and stand up for Toronto.

In a 25 ward system, Council needs to develop new structures to ensure resident engagement in city decision making. Residents and non-governmental organizations alike rely on Councillor champions to lead and innovate on city-wide issues like environmental protection, housing, childcare and transit. While there was widespread support from mayoral candidates to introduce additional structures to ensure resident engagement at City Hall, incumbent mayoral candidate John Tory did not commit to this.

2) Will you urgently develop and begin implementing a comprehensive climate adaptation strategy to increase the City’s resilience to climate change impacts like flooding, extreme heat and food insecurity?

3) Will you support new city rules that can reduce waste, improve recycling and eliminate plastic pollution in our environment?

4) Will you pursue all legal and political avenues to oppose Premier Doug Ford's move to cut Council in half, and advocate for restoring Toronto's 47 ward system?

5) Will you develop new civic engagement structures to compensate for the reduced access Toronto residents will have to their local City Councillor and decision making bodies under the 25 ward system?

"I’ve been clear that, as Mayor, I would increase the role of local community councils and delegate more decisions to the local level, while using these bodies more effectively to provide local input on city-wide discussions. Local councils, where neighbours and their Councillors meet to discuss and decide on local issues and priorities, would help keep the City on track in serving local needs while focusing City Council on City-wide issues and priorities. I would also expand the use of participatory budgeting, where local community members propose ideas and vote on how a portion of the city’s budget is spent to improve their neighbourhood. PB injects city budget processes with a healthy dose of local democracy so that better choices made about how to invest in projects that have real community impact. So far, PB has only been piloted in Toronto. Let’s expand participatory budgeting in Toronto and get more local value for our money."

“Because the City was not consulted on this change, we don't have all the answers at this point. We will get advice from the excellent City Clerk and City Manager regarding how a 25-ward Council could work & issues like changing councillor appointments to boards and agencies and internal city committees, and Community Councils and their boundaries. I fully expect they will bring us a report at the first regular meeting of the new Council & my objective will be to ensure all residents feel they have a voice at City Hall & are well represented on local issues. Toronto remains an open and transparent democratic government. There will still be committees at which residents can depute and express their opinions, elected officials who hear their concerns & consultations undertaken on developments, major infrastructure projects, or new strategies like the parkland strategy. Toronto remains open to the public, open to input, and transparent in its processes.”

The Results of the Mayoral Survey

Eleven mayoral candidates responded to our questionnaire, including frontrunners Jennifer Keesmaat and John Tory. The full responses, including any additional comments, can be found here. 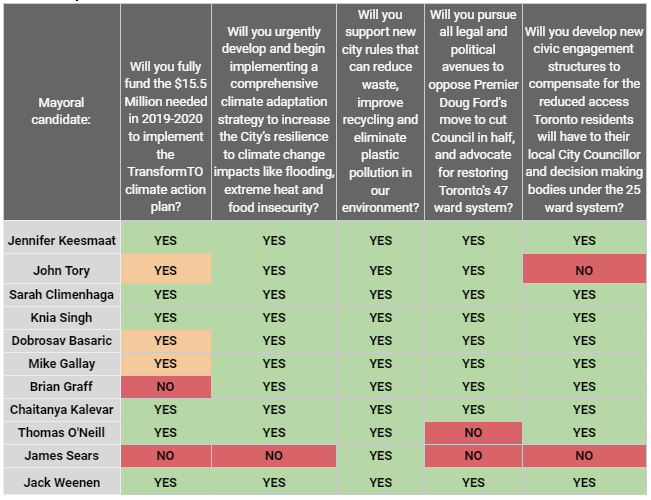 Full, unedited candidate responses can be viewed here. All certified mayoral candidates were invited to complete the survey.