Mayor Tory Urged to Keep His Commitments to a Healthy Environment

On Tuesday, TEA’s Executive Director Franz Hartmann personally delivered 4,238 letters to Mayor John Tory from Torontonians, asking the Mayor to honour his election commitments for action on the environment. 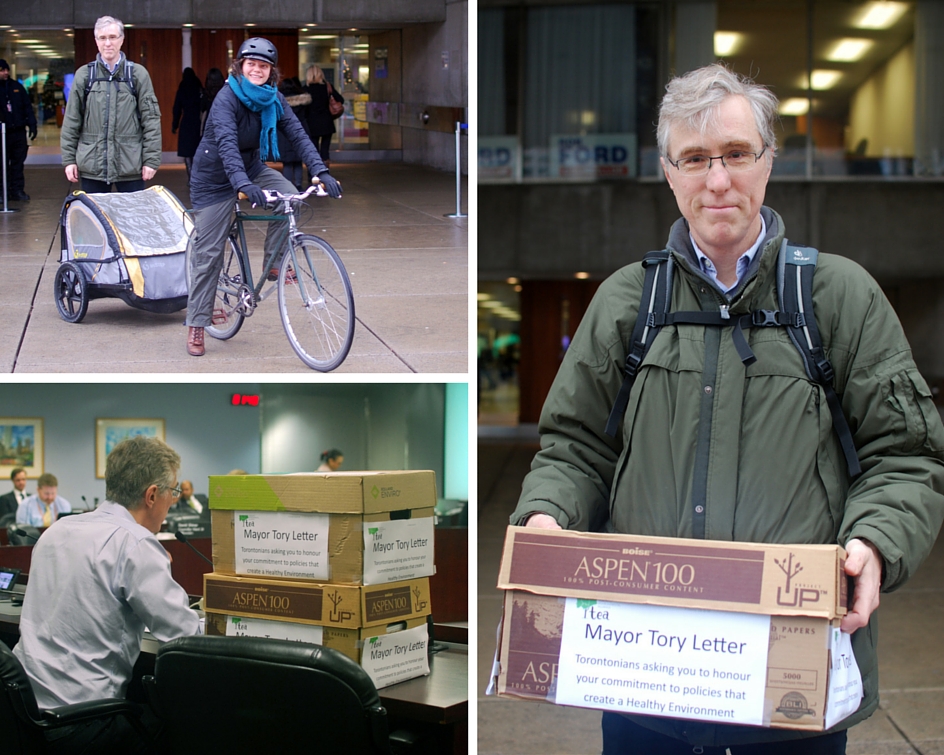 The delivery was part of a deputation Franz gave to the City Council’s Executive Committee, chaired by Mayor Tory, urging the Committee to adopt a Right to a Healthy Environment Declaration. The declaration was proposed by Councillor Mike Layton as part of the nationwide Blue Dot campaign,an initiative of the David Suzuki Foundation.

Filling two big boxes, the letters were signed by TEA supporters from all parts of the city. The Toronto Environmental Alliance (TEA) has been collecting them since the Mayor was elected in October 2014. They sent a clear signal to Mayor Tory and other Councillors that Torontonians fully support actions that will improve Toronto’s environment.

Read more about the 11 promises Tory made in TEA’s Green Action Agenda survey.