Yesterday, the Public Works and Infrastructure Committee (PWIC) took an important and urgent step forward to deal with problem waste, like single-use plastics, in Toronto. Here’s a recap of the meeting and the decisions that were made.

TEA was at the PWIC meeting to speak to the Committee - along with a number of other residents and groups - and to urge the Committee to move quickly to explore options and show leadership on single-use plastics. All Councillors agreed and passed motions that would speed up the timeline. These motions and report will be voted on at City Council later this month.

PW31.10: “Options to Address Single-Use Items, Misleading Advertising, and Textile Waste in the City of Toronto”

Back in April, the Public Works and Infrastructure Committee (PWIC) Chair Jaye Robinson requested a report back from Staff on what the City can do to tackle problem plastics and other single-use packaging and misleading advertising.

Analysis from the Toronto Environmental Alliance

Yesterday, the Committee discussed the staff report which noted there are some key actions the City of Toronto can take right away. For example:

Staff also outlined a plan to consult with the public, businesses and others on when and how to use regulatory tools, for example:

Any bans, restrictions or fees on single-use packaging will require public consultation for legal reasons. Emily Alfred, TEA’s Waste Campaigner, addressed the committee and stressed the point about acting quickly and ensuring Council passes a clear timeline for action.

"We need Toronto to act now and look seriously at regulatory tools to deal with problematic single-use materials." (Emily Alfred)

Councillor Jaye Robinson agreed that there is no time to waste and proposed a faster timeline with consultations occurring in the Fall 2018 and a staff report on proposed by-laws and regulations to the new Council in January 2019. It passed, along with motions put forward by Councillors McMahon, Holyday, and Carmichael-Grebb. This included a motion to push the City to lead by example by ensuring all City facilities have sufficient recycling services and work to reduce single-use products from all City facilities. 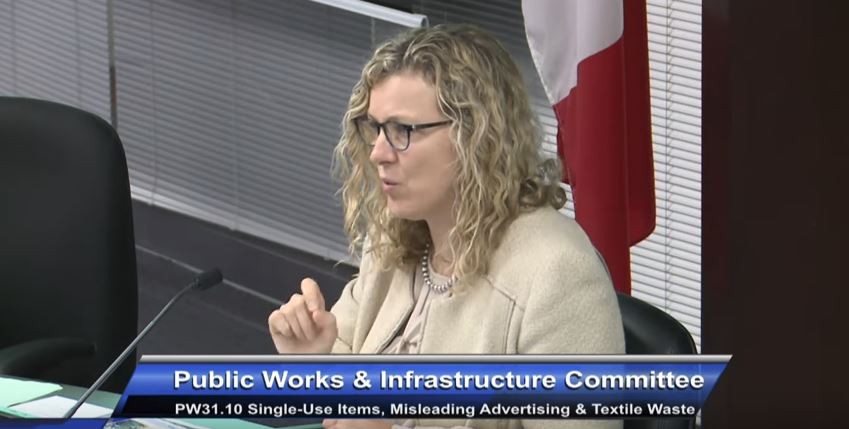 This report with amendments will now go to the July 23rd Council meeting. If it passes, City of Toronto staff will move forward with research and consultations with the public, businesses and other stakeholders on how to tackle single-use waste. This is the first step but Torontonians will be able to weigh in and keep the pressure on our city officials and Councillors.

Take action by emailing your City Councillor and tell them to act on single-use plastics. 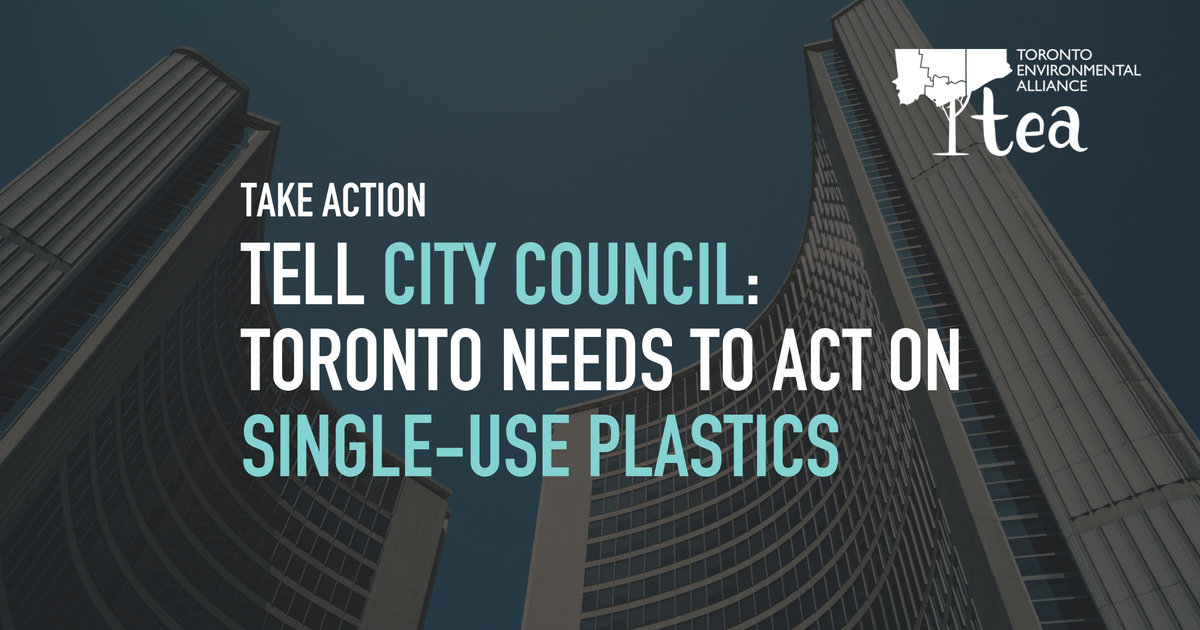 Watch the full committee meeting and hear all the deputations

The images and stories of local plastic pollution - and local solutions to reduce single-use packaging - resonated with Councillors. Check out the deputations to see the images shared by Stop Plastics, Don’t Mess with the Don and TEA - which were from a community clean up by StrawlessTO. 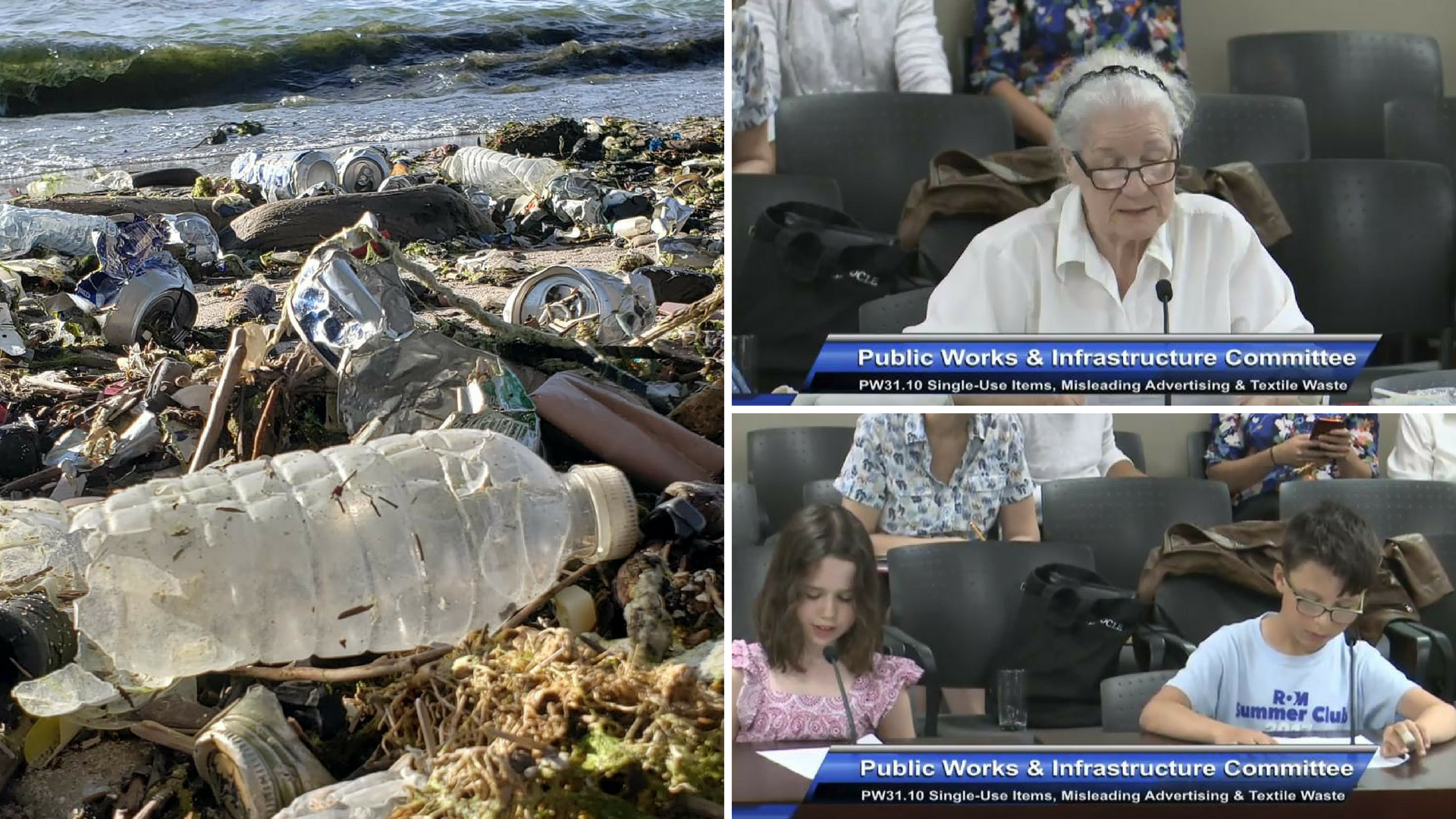 And don't miss the moving deputation by two kids who want Council to act on plastics!

WATCH THE RECORDING OF THE PUBLIC WORKS MEETING

The Toronto Environmental Alliance will be sharing more analysis and updates on this issue. Connect with us on Facebook and