Speak Up for Climate Action

Not quite a year ago, nations from across the world including Canada signed the Paris Agreement. It was the first legally binding and universal agreement committing countries to take climate actions. Mayor Tory was part of the Canadian delegation to represent how Toronto could be part of the solution. 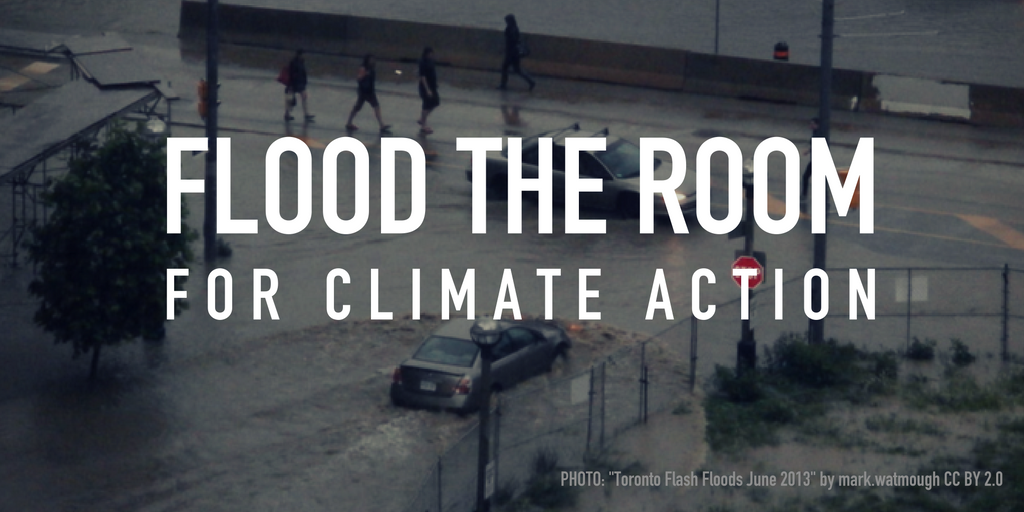 Since COP21, the federal and provincial governments have made major commitments to fund climate actions. Now it’s our city’s turn to come to the table.

On Monday November 14, City Councillors on the Subcommittee on Climate Change Mitigation and Adaptation will be reviewing the City’s new 2020 climate action plan.

The goal of our action is simple - we want to flood the room to show support for immediate and transformative actions on climate change. If you haven’t already had the chance to RSVP, please take a moment to do so.

After reviewing the new plan, TEA has made some key observations about what the City needs to do next. If all of the proposed actions in the plan are implemented, Toronto will reach our 2020 goal of reducing emissions by 30%. However, without new money in the 2017 budget to enhance and expand the programs included in this action plan, we run the risk of not meeting our 2020 target.

The plan proposes to delay funding the action plan until 2018. To ensure we succeed in achieving our 2020 targets, we need to have money allocated in the 2017 budget. This will also help set the path forward to the bigger reduction target of 80% by 2050.

That’s why TEA will be deputing on Monday asking Councillors to make sure that climate actions are prioritized and funded as part of the 2017 budget.

If you’re interested in speaking in front of the committee you can sign up to depute by sending an email to pec@toronto.ca. We have a great resource available that gives you a step-by-step checklist on how you can prepare your deputation. If you have any questions or would like some additional support with preparing your deputation, please email dusha@torontoenvironment.org.