Why did the Liberals backtrack on their renewable energy plan? 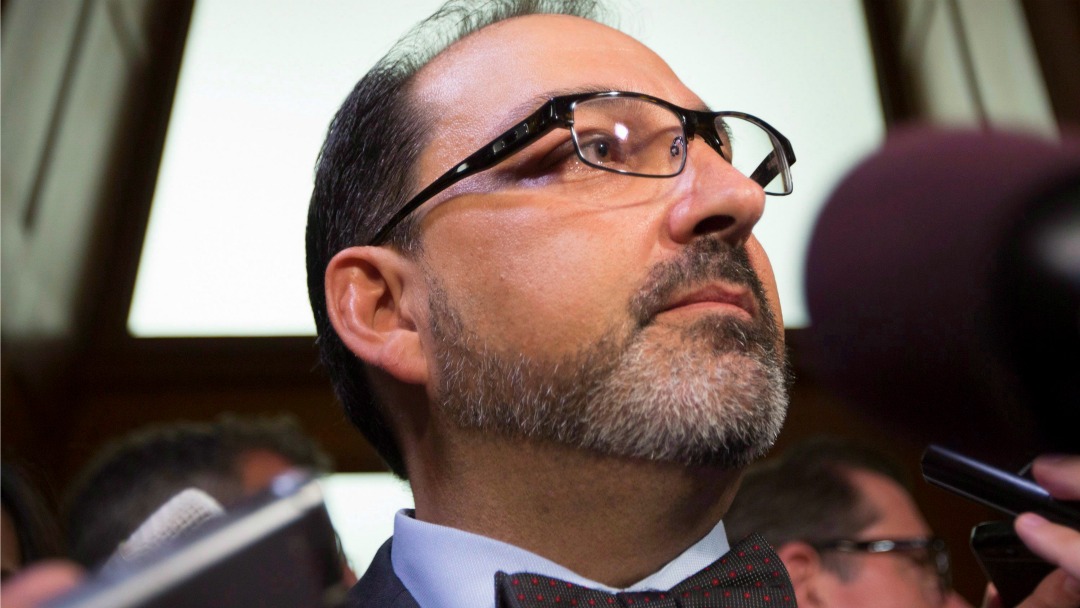 The Liberal government, which has emphasized its commitment to green energy, has publicly and loudly backpedalled on one part of that commitment, announcing it is nixing a planned second round of renewable energy procurement that would have added 1,000 megawatts of wind and solar power to the province’s grid.The Liberals, still on the defensive about rising electricity costs, say foregoing the construction that would have been required to bring that new green energy online will save consumers $2.45 a month by 2032.Minister of Energy Glenn Thibeault announced the reversal at Queen’s Park Tuesday morning, then followed up with a speech later that evening to the Ontario Energy Association, in which he stressed that the government wants to keep energy prices from growing even higher.The government’s move won’t shrink electricity bills outright — they simply won’t increase as quickly — but it may yet rehabilitate the Liberal party’s image in rural areas where large-scale wind power developments have been deeply unpopular, blamed both for high energy prices and a variety of other  harms, from spoiling landscapes to lowering property values to unproven claims about human health effects.Environmentalists were quick to criticize the decision: Environmental Defence described the move as “short-sighted” and said the government should “double down” on green energy, while the Toronto Environmental Alliance called on the Liberals to cancel its nuclear plans, not green energy.Former Liberal energy minister George Smitherman said the government’s move makes renewable power “a scapegoat for pricing when the real culprit for oversupply is the aging Pickering Nuclear Plant.”Others thought much better of the decision. “I think it’s a brilliant move," Jatin Nathwani of Waterloo University told TVO.org. "Not brilliant in the sense that you want to move away from a greener future, but in that our fault in Ontario has been not taking advantage of declining costs over the years."Nathwani, executive director of the Waterloo Institute for Sustainable Energy, says the change shows that the government realizes it has been overpaying for renewable energy. (While Nathwani has defended Liberal energy policies against critics such as Auditor General Bonnie Lysyk, he’s also singled out the government’s subsidized solar and wind power rates as “egregious economic rent-seeking at the expense of the consumer.”)He warned, however, that the Liberals need to learn from the past decade, and from the experience of other jurisdictions — and that goes far beyond suspending new green energy purchases and means abandoning  their cap-and-trade plan to curb greenhouse gases. In particular, Nathawani says that the failure of carbon pricing markets in both Europe and California should compel the provincial government to opt for a carbon tax instead.In a cap-and-trade system industrial carbon emitters have established caps on their emission levels, but can trade permits among each other (so a company that emits less carbon can trade with a company that wants to emit more than its permit allows for). This gives a financial advantage to industries that pollute less. Historically, the cap-and-trade approach worked well in the United States to curb acid rain-causing emissions.A carbon tax, by contrast, imposes a levy on industry for every tonne of greenhouse gas emitted, which the government can spend or (as in British Columbia) rebate back to taxpayers. In Ontario, Progressive Conservative leader Patrick Brown has advocated this approach.Thibeault told TVO.org on Tuesday the government has no plans to abandon the cap-and-trade system, and also didn't offer any apology for the government's retreat on green energy projects.“We’ve always said green energy and renewables will be an important part of our energy mix. We’ve got 18,000 megawatts of renewable energy contracted or online, and we’re not shutting the door on renewables.”Thibeault says Ontario has sufficient power generation in the development pipeline for the next decade, and couldn’t tell TVO.org when the government would revisit a large purchase of renewable energy. But it will need to sooner or later: due to population and economic growth, and the Liberal climate change action plan that projects increasing demand for electricity by both residential users and a growing contingent of electric car owners, the province will eventually need to increase its power-generating capacity.Thibeault says voters will have more information after the government publishes the next version of its Long-Term Energy Plan, last released in 2013.In the meantime, he says, the government will continue with already-existing smaller projects under its other energy policies, the feed-in-tariff (FIT) and microFIT programs. These projects, which generate between tens of kilowatts to a few hundred kilowatts, have contributed relatively little to Ontario’s electricity production, but they’ve also attracted far less opposition in rural communities than large wind energy projects.