Why TEA Took The Leap

Back in early August, one of my environmental colleagues sent me an early draft of what Canadians now know as The Leap Manifesto. The colleague asked whether TEA would sign on.

Whenever I get these sort of requests, I ask myself: are the values and proposed actions in line with the values and vision of TEA and our supporters?

As I read through the draft, my head kept nodding at what was being proposed:

TEA’s tagline is “a greener city for all.” The tagline of the Leap Manifesto could be “a greener country for all.”  After reading the draft, I didn’t hesitate for a moment and wrote back to my colleague saying, ”TEA is on board.”

Since then, much has happened.

TEA was there at the September launch of the Leap Manifesto, along with the David Suzuki Foundation, Greenpeace Canada and the Canadian Environmental Law Association. Media pundits, eager to find a connection to the drawn out federal election campaign, immediately framed the Leap Manifesto as some sort of radical left wing document that would cause problems for the NDP. 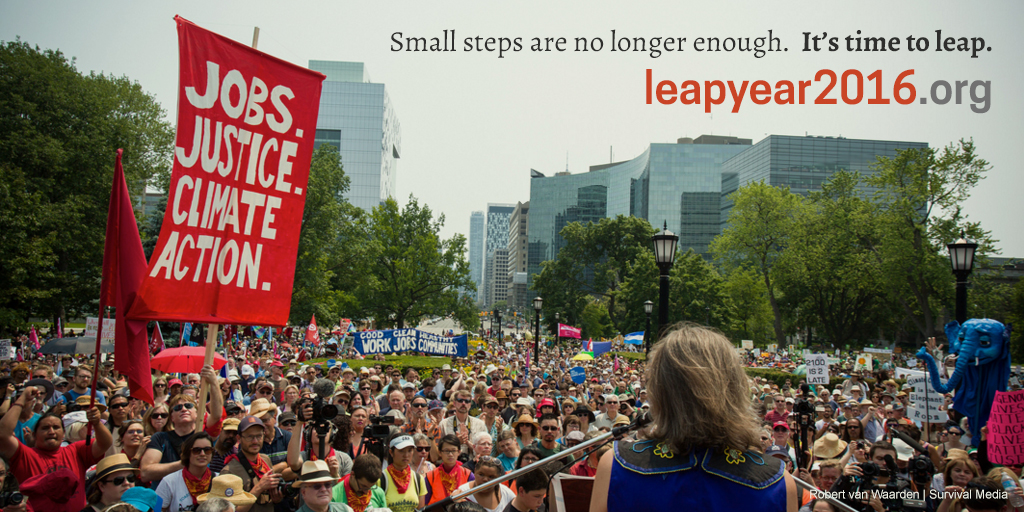 The Leap Manifesto is really about whether you support the old fossil fuel economy or the new green economy coupled with a more vibrant democracy. To most Canadians, this is not a radical, left wing issue. Rather, it’s an issue all political parties and sectors of society are grappling with. But opponents to any changes to the fossil fuel economy are trying to undermine the emerging public discussion by associating reasonable ideas with loaded phrases such as “radical” and “far left”. They hope Canadians will discount reasonable ideas because they are associated with emotionally loaded language.

My guess is that the biggest fear opponents of the Leap Manifesto have is that Canadians will actually read it. The reality is most Canadians have accepted our fossil fuel economy is no longer sustainable, both environmentally and financially. They are looking for a path forward that understands the environmental, economic and democratic complexities of Canada. The Leap Manifesto offers one path forward and is worth discussing and considering.

So, please do yourself a favour and read the Leap Manifesto (it’s short and available in 12 languages). Then talk to others about what you like and don’t like about this document. Let’s continue this important conversation of how we can move towards a low carbon Canada, not shut it down.

Franz Hartmann is the Executive Director of the Toronto Environmental Alliance.